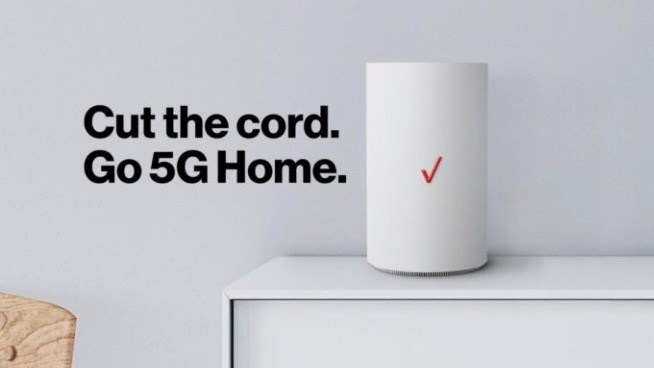 New year, same old necessities and challenges. The pandemic of the past two years has driven even greater demand for broadband services and prompted service providers and their investors to develop and build networks and service portfolios that can best service the needs of their potential customers: That situation, aided in part by the roll-out of 5G, has given the niche fixed wireless access (FWA) market a new lease of life and, according to one industry research company, will fuel FWA service uptake in the coming few years.

FWA has always been an option, using unlicensed as well as licensed spectrum, but has often struggled in terms of performance, applicability and capabilities. But significant advances have been made, not all related to 5G developments, and major operators have been ploughing resources into FWA service development as part of their efforts to connect customers in hard- or expensive-to-reach places, broker new customer relationships and develop fresh revenue stream.

In its latest North America Fixed Communications Forecast Pack, data analytics company GlobalData estimated that in the US alone, FWA will account for nearly 9% of all broadband access lines in 2026. Residential and business FWA subscriptions are forecast to hit 10.43 million by that year, up fivefold from the 1.95 million FWA connections expected across the US by the end of 2022.

The momentum is attributed to “a perfect storm” of factors, including increased user demand and government action to meet it, enhanced data performance with 5G, user friendliness from new technological approaches and a craving by operators to cash in on fixed broadband services.

GlobalData principal analyst Tammy Parker explained wireless networks are often used to deliver broadband where other options are scarce, as a temporary solution for short-term needs or as an addition to a wired broadband service – when a remote worker requires a separate connection from a household’s main internet service, for instance.

The company believes the tempo of FWA deployments will be boosted by “the unprecedented influx” of government funding to accommodate the new demands that resulted from the spread of the pandemic.

Parker suggests FWA can be “one of the killer apps for 5G” for its “greater spectral efficiency”, faster data speeds compared to earlier technologies, easier set-up of 5G routers and an option to have it bundled with a mobile service, which could help operators boost their brand affinity and retain customers.

However, it might not be that easy for FWA’s tech developers and service providers. Hurdles could arise from wireless network capacity restraints and the relatively low average revenue per account which doesn’t reflect the demands such services put on the network, she noted, cautioning service providers are not guaranteed to meet their ambitious FWA subscription targets.

Where do the top US operators stand on FWA?

Speaking of goals, Verizon has been recently vocal (and astonishingly bullish) about its play in the FWA field. It previously unveiled a target of 50 million 5G FWA homes passed by 2025 for its ‘5G Home’ service. Such an ambition, however, may put a strain on mobile networks because fixed broadband usage in the US is, on average, about 40 times higher than mobile handset usage, Analysys Mason warned last year.

The US operator highlighted “momentum” in FWA uptake in its recently announced financial results for Q4 and full year 2021, bringing in 78,000 fixed wireless net additions in Q4 compared with 55,000 FWA net additions in Q3. The total customer base stood at approximately 223,000 at the end of 2021.

While T-Mobile US is yet to report its fourth quarter 2021 financials,  the operator’s CEO Mike Sievert previously boasted the company had surpassed a 500,000 home FWA subs milestone in December 2021. Its goal is for that figure to reach between 7-8 million by 2025.

AT&T, though, is not so taken by FWA’s broad potential. It is reportedly rather eyeing a hybrid approach between fixed and wireless networks, where wireless broadband connectivity is an option for its business customers and residential customers in more remote rural areas.

But it’s not just about the big three. Network operator UScellular, in partnership with tech vendors Qualcomm, Ericsson and Inseego, has conducted some very interesting FWA tests using mmWave technology on its commercial network, and managed “sustained” average downlink speeds of 1 Gbit/s at a range of 7km with a clear line of sight, and “sustained” average downlink speeds of 730 Mbit/s at a distance of 1.75km with no line of sight.

Starry, meanwhile, has ambitious plans to cover 25 million US premises, have 1.4 million customers and be generating annual revenues of $1.1 billion by 2026.

On the vendor side, Nokia and Ericsson have been testing and highlighting capabilities of the mmWave technology to increase the capacity of 5G-enabled FWA, with the former finding it could be up to 10 times better compared with connectivity coming from sub-6 GHz spectrum deployments.

And there are specialist vendors too, including Tarana Wireless, the US company headed up by former Nokia executive Basil Alwan that is impressing operators such as BT in trials.

FWA will never unseat fixed fibre as the medium of choice for delivering broadband connectivity where such optical rollouts are possible, but it seems certain that FWA will play a significant role in helping to fulfil digital society and connectivity targets in developed as well as developing markets in the future.