Deutsche Telekom issues open invitation to use its FTTH network 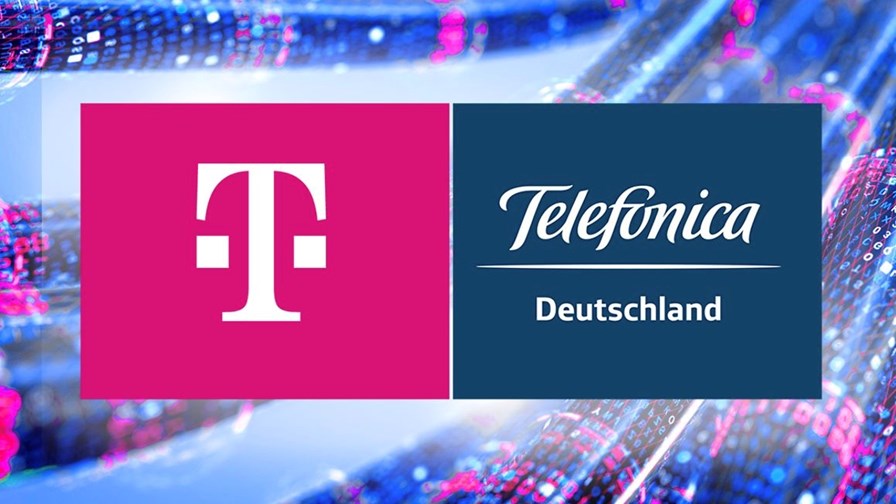 Deutsche Telekom is very excited about its "pioneering deal" with Telefónica that will enable the latter to offer services over DT’s FTTH network. But let's face it, in opening up its full fibre network to a competitor for the first time, the German incumbent is just doing what it has to do in this developing market. And it needs to get on with it: Both the national operator and Germany as a whole are still playing catch-up on fibre.

The new deal extends an existing partnership with Telefónica, which already offers broadband services using Deutsche Telekom's network, by a further 10 years. To date, Telefónica has been able to access the incumbent's VDSL vectoring infrastructure to provide high-speed broadband, but the new agreement adds fibre-to-the-home (FTTH) into the mix.

"This is the first time that a different company has decided to use Deutsche Telekom's FTTH network," DTAG said in a press release. "Deutsche Telekom stands for open networks and cooperations," added Dirk Wössner, CEO of Telekom Deutschland, the telco's domestic business.

That's quite a change from its stance a few years ago when group chief executive Tim Hoettges could regularly be heard speaking out on the dangers of major telcos investing heavily in fibre networks only to be forced by regulators to accommodate rivals on that infrastructure. For a long time the telco resisted FTTH rollout, instead preferring to sweat its copper and rely on VDSL vectoring for (fairly) high-speed broadband. Federal regulator the Bundesnetzagentur has since made it clear that it will not be heavy-handed in the regulation of fibre in the last mile – provided the likes of Deutsche Telekom play nicely with smaller players, that is – and the incumbent is welcoming all-comers...starting, but possibly not ending (see below), with Telefónica.

The Telefónica deal appears to be a win-win: Telefónica's O2 Deutschland arm gains access to the FTTH network Deutsche Telekom paid for, and the resulting revenue from that arrangement enables Deutsche Telekom to pay for more fibre. Neat.

Telefónica apparently brokered access to the FTTH infrastructure "at favorable conditions" – undisclosed, of course. "Deutsche Telekom plans to significantly invest in the buildout of its FTTH networks and the long-term yield from this business is a significant basis for its plans," it said. Those two statements seem somewhat at odds with each other, given the fairly weighty cost of rolling out fibre in the last mile, but clearly both parties are happy.

For Telefónica, the ability to add FTTH to its portfolio is key to its self-stated aim to "offer our customers first-class convergent products," particularly in large cities, noted Markus Haas, CEO of Telefónica Germany.

It's a goal Deutsche Telekom shares. "Due to the persistently challenging development in the fixed-network market, primarily owing to aggressive pricing offers of competitors, we are pursuing new paths in marketing. Our focus is on convergent offerings and further development of such products – for instance, MagentaTV with exclusive access to a wide range of additional content in the Megathek library and via popular streaming services – as well as TV lines and fiber-optic-based lines," the operator said in its first-half 2020 report.

For that it needs to build more fibre. As of the end of June it had 1.8 million households connected by FTTH/B, an increase of 104,000 during Q2, while its VDSL network passes as many as 33 million households.

Deutsche Telekom's stubborn insistence on VDSL (plus vectoring) for such a long time is at least partly responsible for the fact that Germany lags far behind its neighbours when it comes to FTTH. IDATE's latest European ranking puts Germany fourth from bottom out of 35 markets with an FTTH/B penetration rate of just 3.3%. By contrast, the highest-ranking major economy, Spain, comes in fourth from the top, with 54.3%. That is a staggering gap: It’s worth noting that Spain has been helped in recent years by a pro-fibre and pro-network sharing regulatory regime that the operators have bought into.

But this is not about league tables and international point-scoring and it doesn’t matter to Germany how fibre-friendly other nations are: Deutsche Telekom is under growing pressure from within in its home market. It needs to invest in full fibre to remain competitive.

As Arthur D Little pointed out in a report published last month, Germany is one of a handful of European markets in which the incumbent is not leading the way on fibre. Its list of potential "future fibre leaders" includes two German altnets, Deutsche Glasfaser and inexio, which merged this year following the former's acquisition by private equity firms EQT and OMERS. The companies, which concentrate largely on rural and less well-served areas, have pledged to spend €7 billion in the medium term rolling out FTTH to 6 million homes, businesses and government institutions.

And, of course, there's Vodafone, which acquired Unitymedia last year, and is now talking up the growth of its Gigabit network, a combination of fibre and DOCSIS 3.1 cable. At its full year results presentation in May Vodafone Germany CEO Hannes Ametsreiter waxed lyrical about the network build, which had reached close to 18 million households, with a target of 25 million by the end of 2022. It has since made further progress towards that target.

Deutsche Telekom has not shied away from cooperating with its potential competitors. It brokered a deal to use Deutsche Glasfaser's FTTH network in the city of Lüdinghausen earlier this year, for example. And it teamed up with energy supplier EWE to set up a fibre network joint venture, known as Glasfaser Nordwest, with the goal of rolling out wholesale fibre infrastructure to 1.5 million premises in the north west of Germany, backed by a €2 billion investment over 10 years.

And there could be more deals to come, perhaps more akin to the Telefónica announcement.

"With regard to open networks, Deutsche Telekom wants to conclude similar agreements with other market participants," said Telekom Deutschland's Wössner. "We will also offer this pioneering cooperation to other companies on the market, with the aim of also continuing the philosophy of open access in terms of FTTH buildout in the future."

So there you have it. Having once jealously guarded its advanced infrastructure from would-be piggy-backers, Deutsche Telekom is now actively seeking them out. How times change.