After a slow start, fibre is now galloping towards the home stretch 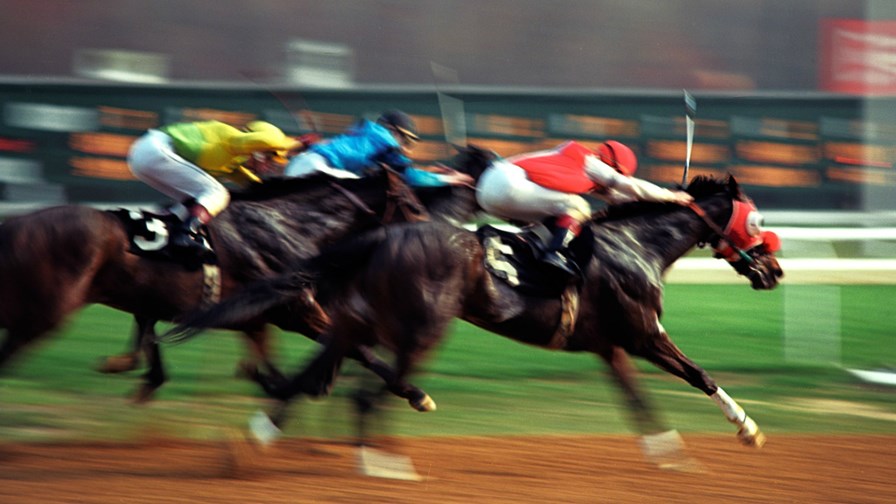 Apart from the famous 5G Handicap, you may have noticed that there’s another race fully underway. Fibre is now being dug in at full gallop as network builders continue to invest (only slightly held back by the pandemic - more on that tomorrow) while service providers wheel and deal to arrange access.

We’ve seen a real uptick in fibre focus over the past year or so. Some of the latest moves include fibre progress in Italy with TIM laying the groundwork for a single national fixed fibre access network; before that, BT took the time to quash rumours that it was considering selling a stake in OpenReach to fund its fibre effort. In July Telefónica  unveiled its Digital Deal, a pledge to achieve 100% fibre coverage in Spain by 2025.

To continue with the horse racing analogy, Arthur D Little, in its Global FTTH Report is seeing many FTTH markets rounding the final bend and heading for home.

It says that there are now more than 10 markets where fibre coverage has reached at least 95 per cent of homes. In addition, it observes that 5G fixed wireless access is being deployed by telcos that do not have access to fibre and want to win back share. That doesn’t quite sound like the way 5G enthused telcos would put it - many see 5G access as an end in itself, not a stop-gap for fibre, but there you go. Religious differences, as always, not far from the surface.

The report points out that progress in fibre coverage has been substantial - from 39 per cent in 2012 to 66 percent in 2020 and the group of countries where fiber has become almost ubiquitous – covering more than 95 percent of homes – has increased to more than 10.

While incumbents have tended to take the lead, in an increasing number of European companies alternative operators have won investment backing and have often accelerated national builds. It cites Open Fiber in Italy, CityFibre in the UK, Swiss Open Fiber in Switzerland and Deutsche Glasfaser and inexio in Germany.

That’s coverage. The key number now is take up.  This too has steadily increased since 2012 from an average of 15 per cent to 42 per cent in Arthur D Little’s benchmark countries.

What’s really being taken up is not ‘fibre’ as such, but access via broadband to content and services. As a consequence access to fixed broadband holds out the prospect of multi-gigabit speeds depending on household needs now and into the future. Entertainment is now available over gigabit Internet access in startling profusion with launches of multiple new TV channels from Disney and Apple being the most famous, but along with that, hundreds of sports programmes and a flood of content is driving consumption.

The report points out that it’s been five years since the first 10Gbps plans were introduced  and until recently multi-gigabit was still limited to a handful of markets. But recently - in the first half of 2020 in fact, despite or because of the pandemic and lockdown - there have been at least three ISPs launching multi-gigabit offers: Zzoomm in the UK, Orange in France and Chorus in New Zealand.

The report highlights the growing importance of open access fiber providers, who it says, will gain in significance, especially in important markets such as Italy, Germany, UK and Saudi Arabia. As the fibre access market ‘de-risks’ it sees it expects large-scale investment by non-telco entities such as energy companies and infrastructure funds, among others, will continue to expand fiber coverage in these lead markets.