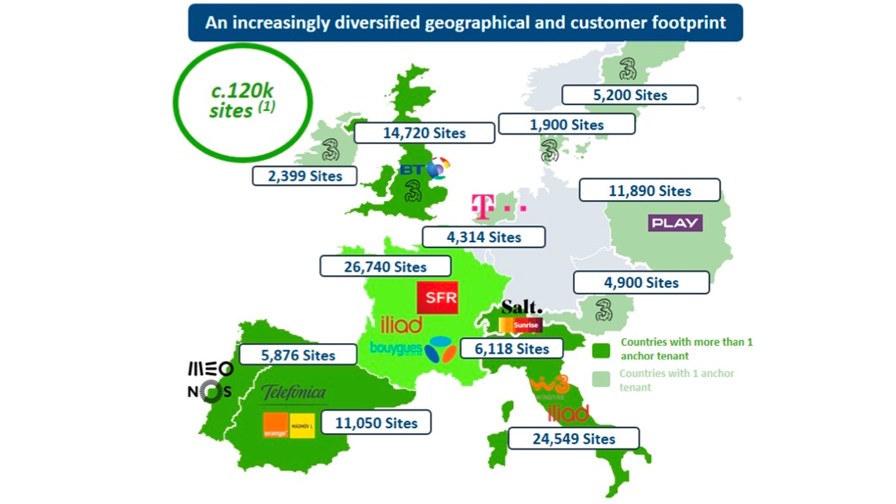 In some circles, Cellnex might be considered a shopaholic. The European neutral host infrastructure company has opened its wallet once more with a €5.2 billion deal to acquire Hivory, the Altice Group company that manages 10,500 tower sites currently used by French operator SFR. The agreement includes a commitment by Cellnex to spend €900 million on building 2,500 additional sites in France.

The move, once approved and completed, will take Cellnex’s French portfolio of mobile tower infrastructure sites to more than 26,700 (including planned sites), and give Cellnex three of the country’s main mobile service providers (SFR, Bouygues Telecom and Iliad/Free) as customers. Now the market will wait to see what plans Orange has for its tower portfolio…

The move also takes Cellnex’s total European portfolio to 120,000, double the number it had just a year ago. That growth has been enabled by an incredible spending spree that has seen it fork out €10 billion to acquire Hutchison’s near 25,000 towers across multiple European markets, pay €800 million to take control of Play’s sites in Poland, form an infrastructure investment company with Deutsche Telekom that helped to make it the leading towers company in the Netherlands, and more. (See DT, Cellnex form infrastructure venture, combine Dutch tower assets, Cellnex confirms €10 billion deal to acquire Hutchison’s Euro towers and Cellnex to add Play's towers to its portfolio in €800M deal.)

The Hivory deal is expected to close later this year, but Cellnex isn’t done yet: It’s planning to raise €7 billion from its investors so it can “finance a portfolio of projects” that could reach a total value of €18 billion in the next 18 months. That figure includes the cost of the Hivory deal and the funds associated with the DT joint venture, but that still leaves more than €10 billion to play with: It seems Cellnex is far from done with its expansion plans.

In the meantime, Cellnex will also have one eye on the plans of others, as Vodafone’s Vantage Towers unit is due for an IPO soon and has M&A as part of its growth plans, while American Tower has just coughed up €7.7 billion to buy the Telefónica’s mobile mast operations.