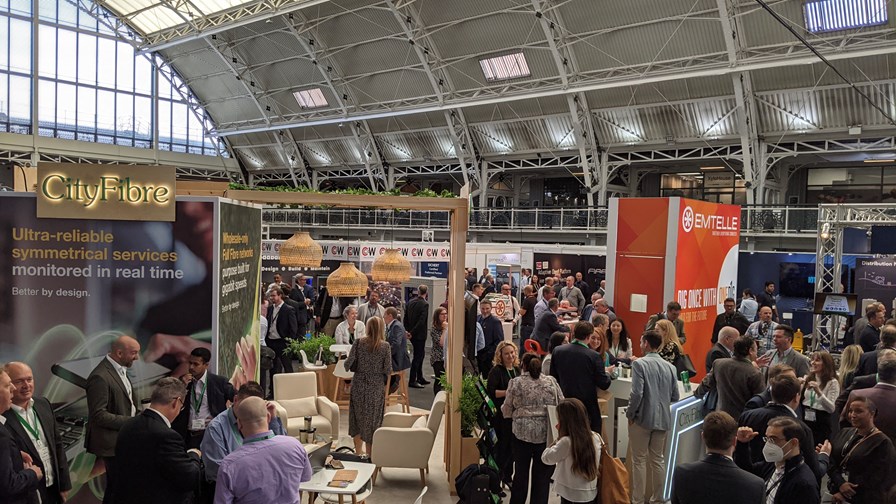 You only had to walk onto the show floor of the Connected Britain event in London to this week to know that the UK’s broadband sector is buzzing: An estimated 1,500 or so people swarmed the show floor to meet representatives of the dozens of companies that had passive, active, software and support products (as well as network capacity) to sell to the dozens of companies now investing in fibre access network infrastructure across the country. And the mood was buoyed by an announcement from the UK government’s Department for Digital, Culture, Media & Sport (DCMS) that half of all UK premises are now able to access a Gigabit broadband connection, up from a pitiful 6% in 2019. But there is also recognition amongst the broadband community that some major challenges lay ahead.

In the past, the quality and capabilities of the UK’s copper access infrastructure, along with the regulatory environment and access to capital, had been something of a bottleneck to delivery truly high-speed, affordable broadband to the UK’s households and businesses: For too long, various iterations of xDSL-enabled services were advertised as superfast and can still (shockingly) be promoted as being fibre broadband.

But a number of factors, including a greater willingness by infrastructure funds to invest in the (usually) long-term returns of broadband networks, the shift in demand and usage accelerated by the Covid-19 pandemic, and the outcome of Ofcom’s Wholesale Fixed Telecoms Market Review, as well as ongoing fibre rollouts from the likes of Virgin Media and CityFibre as well as BT’s quasi-autonomous access unit Openreach, mean such bottlenecks are much less of an issue these days, and the broadband altnet sector is flourishing at the same time as Openreach ramps up its rollout plans. (See The rise of the UK fibre broadband altnet and BT to increase and accelerate FTTP build to 25m premises by the end of 2026.)

But there are new challenges.

The first can be seen as an unfortunate outcome of the UK fibre broadband sector’s recent rapid expansion – a dearth of specialist skilled workers.

“The operators are having trouble getting the staff they need to plan, design and build the networks,” and those specialists, especially in the planning and design areas, are hard to find, according to Ronan Kelly, Chief Technology Officer, EMEA & APAC, at ADTRAN, which Kelly says is a supplier of broadband technology to “about two thirds” of the UK’s fibre network builders.

That lack of specialist skills is delaying some rollout schedules amongst newcomers and even some established ISPs that are looking to build on their existing service offerings (mostly based on wholesale services from Openreach) by rolling out some of their own infrastructure, according to representatives of network operators who requested anonymity (but who claimed that such issues were not impacting their own company’s plans).

Jeremy Chelot, founder and CEO at Netomnia, which is building fibre access networks in 14 UK towns and has now passed 50,000 homes and businesses, tells TelecomTV there are certainly skills shortage challenges in the industry, mostly in specific skills and middle management and support rather than with actual network construction teams, but that the problem is exacerbated by the approach of many network operators.

“Finding a good network planner is difficult for sure, but many ISPs make problems for themselves by making their networks difficult to design and plan,” says Chelot, who claims he has been able to get around the design and planning problem by adopting a simplified end-to-end network build process that involved using simple, rather than complex, planning tools that he could train staff to use in a matter of weeks. “I have identified the various barriers and found a way to overcome them,” says the CEO. “We all have the same pool of resources to go after, whether planners or construction companies, but with the right approach there are a lot of people that can be used to deliver fibre networks in the UK,” he adds. As a result, Netomnia aims to have passed 100,000 premises by the end of this year and reach 1 million by 2024.

The shortage of skilled workers looks to be a tough and slow hurdle to overcome for many, especially as the demand for skilled workers of any type across multiple sectors is high, making skilled GIS (geographic information system) network planners are needed by other parts of the telecoms sector (such as 5G radio access) as well as utilities, local government, transport companies and more. But Netomnia’s Chelot also believes this will be a relatively short-term problem for the sector, as “overseas companies will see the opportunity to bring their skills to the UK and fill the gaps,” though he acknowledges this is not as easy a process as it used to be due to the pandemic and Brexit.

Another and very different challenge exists beyond the wide area network and it’s not a new one. “Operators are taking fibre to homes and offices and providing Gigabit speeds but the home and indoor networks can’t keep up,” says Kelly, as much of the technology used in customer premises equipment (CPE) isn’t capable of passing on those speeds to devices, though the introduction of Wi-Fi 6.0-enabled CPE will start to ease this challenge, though of course a greater problem indoors is enabling decent wireless broadband signals in environments with lots of walls and interference from other electrical devices.

This is an ongoing challenge but one that is increasingly being met with ‘smarter’ self-learning systems that can automate settings changes to optimize connections: Just this week, Virgin Media (surely Virgin Media O2 now? Still some identity work to be done it seems...) announced it is now offering partner Plume’s HomePass smart home service to any household in the UK, even if they subscribe to another company’s broadband service.  (See Virgin Media offers Plume’s HomePass smart home service to all UK households.)