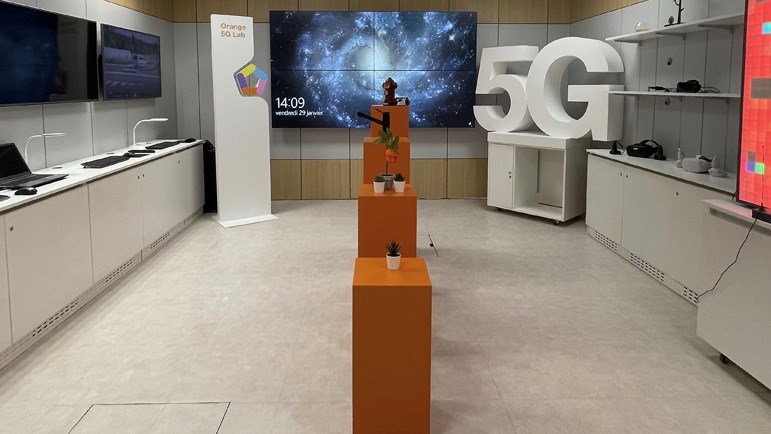 Orange has built and is running a software-centric “experimental” network in north-west France to understand what it takes to run a next-generation architecture “à la Rakuten,” a senior research executive told media and analysts today.

As part of its ‘Preparing for the Future’ research exhibition, which is being held this year as a digital event, Nicolas Demassieux, Senior Vice President at Orange Labs Research, outlined some of the key areas of research and development (R&D) being undertaken by the operator. Demassieux noted that Orange is now one of only a handful of operators that invest heavily in their own R&D, with AT&T, China Telecom and NTT DOCOMO among the other examples: Most of the telecoms industry’s research is undertaken by the vendor community, he noted.

Orange has a number of focus areas for its research, but one is the ‘Operator of the Future,’ which includes its involvement in various 6G initiatives. That is more future-looking, but another strand is more contemporary and is focused on the capabilities and potential of a pure cloud-oriented, software-enabled network. The technology elements – AI, distributed cloud platform, virtualized functions – have been in development and, of course, in use for some time now, but for operators such as Orange, which has an international empire built on traditional, legacy telecoms infrastructure, the introduction of such capabilities involves hybrid environments, where next-gen capabilities are added to existing network architectures.

But Orange, and its peers, knows that in the future it needs to run more efficient, intelligent, software-oriented networks, free of legacy constraints. Orange wants to be able to run a “data driven agile network that can… adapt the connectivity in real time to the needs of industry, consumers, governments maybe. If you want to emphasise agility, you need to have a software infrastructure that is flexible for processes, to… make a release of a network every week or several times per day, like Facebook is doing on its own infrastructure… transforming ourselves with data and AI-centric metrics is a key theme, central to everything,” noted Demassieux.

Currently, such capabilities in commercial networks are only possible for greenfield operators that have built a new network from the ground up without any legacy – but such networks are few and far between, with Rakuten Mobile the most prominent example currently, while Dish Network in the US is in the process of constructing its cloud-oriented Open RAN-based 5G network as a greenfield architecture.

To figure out for itself how such a network would work in the world of wide area communications, Orange has shifted its R&D efforts from the labs to the field and has created a “pilot experimental operator with real operations, including a small number of customers, just a few thousand, and we will learn to operate, seven days per week, 24-hours-a-day, totally software-centric operations, à la Rakuten. It is up and running, and we have done the first call a few weeks ago… so we have the tools to test our future. There are other things we need to do, because this touches on competencies and it touches on partnerships -- we're not doing this alone. But we do believe the operator itself has to master its destiny and master the technical choices that are inside this totally virtualized, cloud-native data-centric network.”

Demassieux noted this experimental operation is running in the Brittany area, where Orange has R&D facilities and where population density is low, “so we have spectrum available for the [experimental] operation in addition to the commercial operator.” But he also noted that this model is going to be deployed “in other European countries.”

So what are the biggest challenges Orange faces to move from this experimental mode to full commercial mode?

“Well it's a skill transformation challenge… all the skills you need to have CI/CD techniques so that you can run a big software infrastructure, which by the way, is even more complex and more distributed than a traditional cloud. So how do you do that? It is a risky transformation,” noted Demassieux.

“Also, we're not starting with a clean sheet in our network. We cannot write off our existing investment – it’s too risky and it is wasting money. The trajectory to move from where we are into a software-centric, fully-modernised network is a thing of real complexity. That's why we take steps, we have had this for five, six years in research. Now we will discuss the migration, and the rhythm of migration… We have strong operations that we don't want to jeopardise by being too early or too late to move in this direction,” he added.