What’s up with... Telefónica, Cellnex & the CMA, TIM 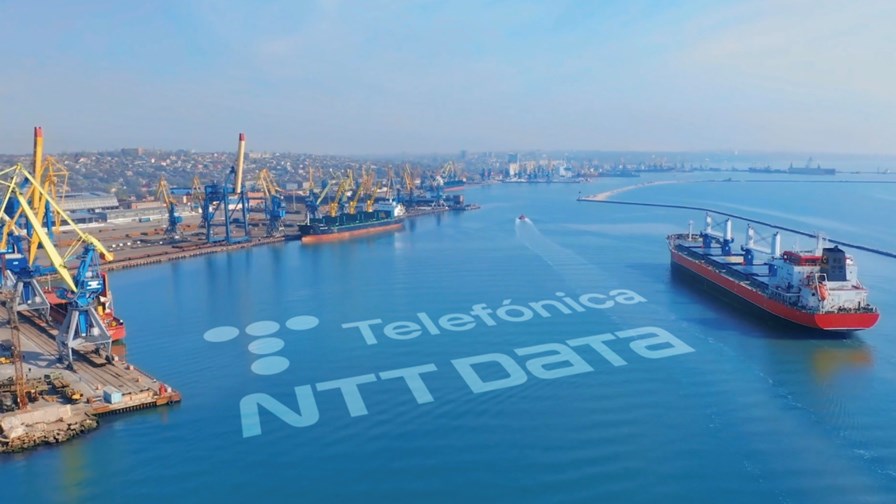 Telefónica has teamed with NTT DATA for a 5G deployment at the Port of Málaga focused on the specific security needs of the facility. Using a combination of Telefónica’s 5G network and its virtual data centre edge node in Andalusia (for local data processing and application hosting), and NTT DATA’s “port technology solutions” (including analytics and AI tools) that can capture and analyze video footage, the port authority will be able to “identify vessels that do not have permission to access the port, through 4K video that is processed on a high-performance device at the Edge node using both computer vision and analytical modelling. Real-time information processing will enable the generation of useful alarms for port personnel, with a clear focus on early detection and the launch of the actions required,” notes Telefónica in this press release.

Telefónica is one of the 39 companies to join the European Industrial Data, Edge and Cloud Alliance, an initiative promoted by the European Commission to foster the development and adoption of cloud and edge technologies. “The Alliance brings together a wide range of industrial actors – including companies, Member State representatives and independent experts – to strengthen the position of the EU technology industry and create opportunities to improve global competitiveness in cutting-edge technologies,” notes the Spanish giant in this blog. “Specifically, the initiative seeks to meet the needs of European citizens, businesses and the public sector to process highly sensitive data securely and efficiently.” Juan Carlos García, Director of Technology Innovation and Ecosystems at Telefónica, added: “This Alliance is a great opportunity for Europe to overcome the fragmentation of the cloud market in the region, position itself globally in emerging businesses such as edge computing and strengthen its ability to deliver future cutting-edge technologies that will accelerate digital transformation.”

Telefónica has also revamped the composition of its board, bringing the number of directors down to 15, of which nine are independent and one third of which are women. “The reshuffle approved by Telefónica’s Board of Directors is a major step forward in the constant objective of improving the company’s transparency, responsibility and commitment to its shareholders and investors, and to bring standards up to the highest level of compliance with international criteria and principles of good governance,” proclaims the operator in this announcement.

Bad news for Cellnex. Its planned acquisition of about 6,000 towers in the UK as part of a broader €10 billion European M&A deal with CK Hutchison has been dealt a blow by the UK’s Competition and Markets Authority (CMA), which has ruled that the deal (as it stands) would lead to a “substantial lessening of competition (SLC) in the supply of access to developed macro sites and ancillary services to wireless communication providers in the UK.” Cellnex will need to either abandon the deal or commit to selling some existing UK assets, or some of the towers it is trying to buy, if it wants the CMA seal of approval. BT had complained about the deal to the CMA in September, saying it raised “serious competition concerns.” Cellnex says it is “currently reviewing the provisional findings and will engage with the CMA in response to its notice of possible remedies, including with any practical alternative remedies the Company wishes the CMA to consider.” Cellnex, naturally, “continues to believe that this is a strongly pro-competitive deal which will create firm incentives to unlock, improve and extend mobile coverage, including 5G, across the whole of the UK, and therefore looks forward to continuing its work with the CMA to address and clarify any concerns ahead of the final decision which is scheduled for March 7th, 2022.”

TIM (Telecom Italia), which is currently considering a €10.8 billion takeover offer from KKR, has plenty more to think about, as it has just issued its third profit warning in less than a year. Its lowered forecast for 2021 is “partly attributable to the performance of the partnership with DAZN” for the streaming distribution of Serie A football/soccer matches. That deal is now looking like a major own goal...

In other news from the Italian national operator... It has “once again its leadership role in the evolution of 5G networks and services, by successfully creating the first connection in Europe capable of consistently exceeding a downlink speed of 5 Gbit/s on a 5G live network, with peaks above 5.2 Gbit/s.” Read more.