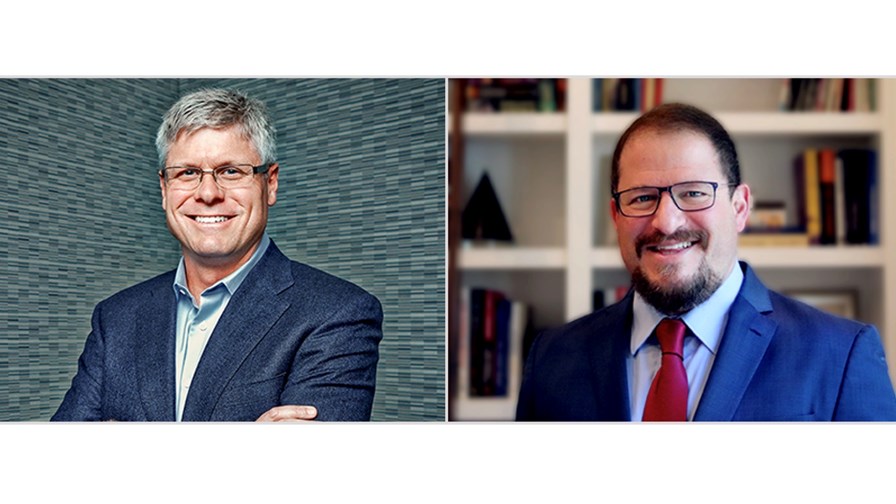 A switch of leadership at Qualcomm and an Open RAN relationship the likes of which are set to become very common in 2021 are the icing on today’s news cake.

Qualcomm has named its current President Cristiano Amon (above right) to succeed Steve Mollenkopf (left) as CEO, effective June 30, 2021. Mollenkopf, 52, has been at the company for 26 years and was appointed CEO in 2014: He will continue as an advisor for an unspecified period of time after Amon, who has been with Qualcomm since 1995, takes the helm as the chip giants cranks up its 5G and Open RAN strategies. For further details, see this official announcement.

Another year, another Open RAN relationship… With pre-integration set to be a bonus for those companies aiming to be considered for disaggregated radio access network deployments, Benetel has integrated its radio unit with 5G Open RAN software developed by Radisys, the telecom industry software specialist that is now owned by Indian operator Reliance Jio. The companies also struck a licensing agreement for 4G LTE deployments. “Service providers and enterprises want to build their networks with open and disaggregated software and hardware components to reap the benefits of a multi-vendor ecosystem,” stated Munish Chhabra, Head of Software and Services Business at Radisys in this official announcement. “With Benetel, we are providing a pre-integrated OpenRAN solution that enables operator and enterprise customers to accelerate their network deployments to deliver new innovative services and generate new revenues.”

Seeking to tap into a couple of hot trends – cloud-native cybersecurity and private networks – California-based startup Exium has launched what it calls a cloud native “5G clean network service” that, by using the company’s Cybersecurity Mesh technology, can provide private network operators with “the same end-to-end security standards that the US government requires for its communications.” Founder Farooq Khan, who formerly worked at virtual RAN software specialist JMA Wireless, is a big supporter of the “Clean Network standards being promulgated by the US, EU and other freedom-loving nations.” For more on Exium’s pitch, see this press release. (See also The political minefield that is 5G network security and EU states make headway with 5G security measures.)

3-GIS, which has developed software tools that help operators plan, map and manage their fibre access networks, has been acquired for an undisclosed sum by SSP Innovations, a company that provides geographic information system (GIS) tools to the utility sector. The acquisition fills the telecom solution gap that SSP had “repeatedly encountered,” noted SSP CEO Skye Perry in this blog, who added that “3-GIS will continue to focus on the private telecom market while strategically and intentionally expanding further into the utility space.”

Deutsche Telekom is offering free access to its deployment of the ModelArts AI development platform on its Open Telekom Cloud during a beta phase to encourage the development of AI models.

Never mind Wally – where’s Jack Ma? Speculation is swirling because the Alibaba founder has not been seen for about two months, which is when things started to go wrong for China’s richest man after he took a verbal swipe at the country’s authorities, a move that led to the last-minute cancellation of his Ant Group IPO. See this Guardian report for more.

More than seven months after striking an initial agreement, Italian bank Intesa Sanpaolo has signed a deal with TIM (Telecom Italia) and Google Cloud to shift most of its IT systems to a Google Cloud platform housed in the telco’s data centres in Milan and Turin. See this press release for further details.

At least a decade too late, Indian state-owned operator BSNL has taken control of the mobile networks of MTNL, the other state-owned operator that provides services in Delhi and Mumbai, reports The Economic Times. The two operators, which have a joint mobile market share of little more than 10%, have struggled to compete with the country’s private operators for years, even before Jio disrupted the market, so this looks like a case of too little too late.