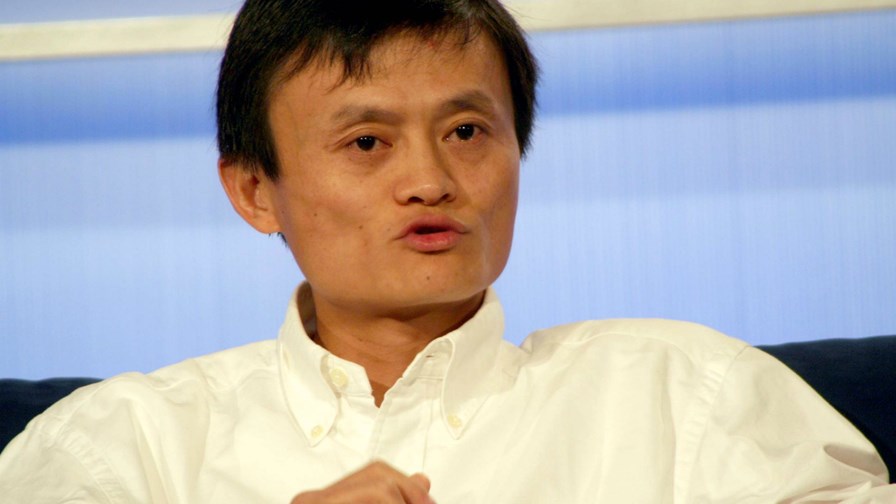 As we all know, a week can be a long time in politics and the US last week proved the verity of that axiom yet again. But that's not all. In China the abrupt suspension of the much-vaunted floating of Ant Group on the Shanghai and Hong Kong stock markets demonstrated that even the most rich, powerful and fêted figures in the immensely important Chinese high-tech sector can quickly come a cropper when the Communist Party, smarting in the face criticisms levelled at it by a hitherto indulged business mogul, steps in and slaps down. Having overstepped the mark, Jack Ma, China's richest man finds himself out in the cold after last Thursday's US$ 34.4 billion IPO was pulled at the last minute. How are the mighty humbled - on both sides of the Pacific.

Last week, TelecomTV reported on the simultaneous Hong Kong and Shanghai launch of what would have been the world's largest-ever IPO. Alipay payments in China alone exceed $17 trillion per annum. The floatation of just 11 per cent of the its mobile payments services planned for November 5 (which was already many times over-subscribed) would have constituted the world's biggest Public floatation to date - but it didn't happen.

The Ant Group is backed by Jack Ma, a former teacher of English who co-founded and was executive chairman of the multinational Chinese conglomerate the Alibaba Group and became a multi-billionaire in the process. Already the PRC's richest individual, his shares in the Ant Group would have been worth an additional $17 billion to him at floatation and would have brought his personal fortune up to a staggering $80 billion.

"The most expensive speech in history"

So, what happened? Well not to put too fine a point on it, Mr. Ma got too big for his boots. Less than a week before the IPO was scheduled, he gave a pugnacious speech at the Bund Summit Conference in Shanghai. It was a speech that he did not need to make and, initially, was not expected to make. However, he wanted further to hype the IPO and went on stage to emphasise that the listing would be "of huge significance" not only to Shanghai and Hong Kong but also to all of China and thus to the rest of the world. He added, "This is the first time such a big listing, the largest in human history, was priced outside New York City. We wouldn't have dared to think about it five years, or even three years ago."

That part of the speech was fine as far as the authorities were concerned and so was the section where he publicly castigated international financial regulations and institutions. He said they are not relevant to the current stage of China's economic development and that the PRC must and will plough its own furrow through the thickets and marshes seemingly permanently placed to keep outsiders away whilst cementing and maintaining western hegemony over the world's financial markets. Again those remarks were in full accordance with the Party line.

In the audience at the Bund conference were the Chinese vice-president, Wang Qishan, and the governor of China's central bank, Yi Gang, and no doubt they approved of Ma's initial remarks. However they might have been put on edge a few minutes earlier when the conference chairman had announced Mr. Ma thus; "Our next speaker needs little introduction. He says he came to the Bund Summit today to throw a bomb." Eyebrows were raised and Jack Ma himself was obviously discomfited. Reaching the lectern he told his audience "I’m not throwing any bombs. Who would dare throw a bomb?"

But then he did just that, going on to flaunt his capitalist credentials at a government-sponsored event to complain that China's financial regulatory authorities are too timid, too hidebound, outdated and over-obsessed with minimising risk to the extent that they are stunting economic growth. He added, "There is no innovation in this world without risk", (which is probably true but not what the authorities wanted to hear being said in a public forum). To compound his mistakes he then said that Chinese banks are little more than "pawn shops" willing only to forward money to businesses that have sufficient collateral to cover the lending risk. Then came the last straw. Ma, in an echo of the mantra of Silicon Valley's self-entitled and under-regulated "big tech" companies claimed that technology enterprises in China should be exempt from regulation. Oops!

That was it. Ma's copybook was well and truly blotted. Applause for his speech was muted and the next morning China's state-run news agencies began to take him to task and scrape the gilt off the golden boy to reveal what was described as "the base metal beneath".

The big guns were then wheeled out to take their turn at having a pop. The Vice-Finance Minister, Madame Zou Jiayi, said that the financial sector and financial technology will be regulated just like everything else in the Chinese economy and that steps will be taken to ensure that no company will "dodge regulation". She added that "winner-take-all monopolies" are undesirable and their powers will be curbed.

Then the central Financial Stability and Development Committee issued a statement about the pressing need to "include all financial activities into the regulatory framework." A day later Guo Shuqing, who is a politician and banker as well as the chairman of the China Banking Regulatory Commission, wrote in the press that Alibaba's credit card and loan products are the same as those issued by banks and will be regulated in exactly the same way.

Perhaps most tellingly of all was the leader printed in the People's Daily newspaper which emphasised that "financial security is an important part of national security" and that the purpose of  banks and other financial institutions should be to "strengthen the Party’s leadership". Thereafter, Jack Ma was summoned to a meeting with the regulator, along with the top executives of Alipay, and was told that the IPO would be postponed for an indefinite period.

The result of Mr. Ma's unexpected attack of logorrhoea was to galvanise the Chinese state and financial authorities into expediting a new regulatory regime with Ant Group firmly in the crosshairs for immediate action. The initial focus will be on Ant's biggest money-spinning provider, the credit platforms that transfer loans from China's banks to tens of millions of individual consumers. However, in the slightly longer term, Ant, as an online lender, will have to satisfy the authorities that it is sufficiently well-capitalised to withstand the tidal extremes of the market.

Last week the People's Bank of China issued directions that henceforth online lenders must themselves provide 30 percent of any loan they fund jointly with a bank. As it stands, Alipay cannot afford to do this although, ironically, it would have been been exceptionally well capitalised had Mr. Ma been rather more circumspect and less challenging to the powers-that-be and the IPO had gone ahead as planned.

In fact, the Chinese authorities were already concerned that the proliferation of online lenders there could bring the PRC's entire state financial system to the brink of collapse in the event of a crisis and Jack Ma's intemperent intervention may well have been the cause of accelerated intervention by the regulators. No wonder his time at the podium at the Bund Summit is being called "the most expensive speech in history".

The upshot of it all is that the Chinese state has re-emphasised and reinforced the precedence and control of the ruling Communist Party and PRC's over-arching financial system over any "private" capitalist company ahead of any single IPO, even if it happens to be the biggest the world has ever seen.

As for Ant Group, the company will have to re-structure and re-capitalise its loans business, prove that the changes are make the company compliant with the new regulations and then re-apply for the national trading licences it once had but which have now been withdrawn. If those conditions are not met to the satisfaction of the state then Ant Groups may be forced to spin-off its consumer lending division in its entirety - and that would be a massive blow. However, when and if Ant is shown to be fully compliant and suitably chastened the IPO will be allowed to go ahead, but quite when that will be is by no means certain - except that it won't be for quite some time.

After flying high and getting above himself Mr. Ma has learned that, in China, private companies will, in the end, always be subservient to the state (and think about Huawei here as well) and that business leaders, no matter how important, can quickly be brought back down to earth if they get out of line. Meanwhile, Ant Group has posted a statement on the web to announce that it will "overcome the challenges" and "embrace regulation". Not that it has any choice in the matter.