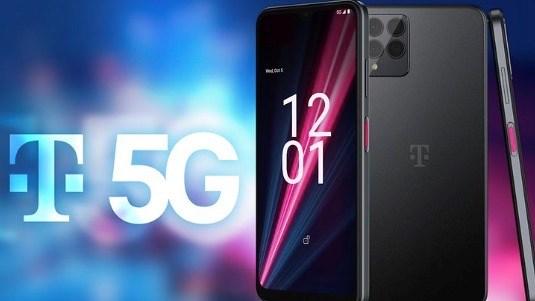 German telco Deutsche Telekom has unveiled an affordable smartphone series, dubbed T Phone, which it developed with a view to broadening the use of 5G. The operator will launch two devices from the lineup, T Phone and T Phone Pro, in nine European countries, though in its domestic market the phones will hit the shelves in early 2023. Prices will start from €199 and €249 respectively, which the company said is a response to “a time when the high price of 5G smartphones is a barrier for many to access fast connected technology”, adding that its move is a step towards narrowing the digital divide.

Telefónica chairman and CEO José María Álvarez-Pallete is positioning the Spanish telco as a leading exponent of network-as-a-service (NaaS). During a conversation with Rakuten Group CEO Mickey Mikitani, as part of the Japanese digital giant’s Optimism summit, Álvarez-Pallete said: “Network-as-a-service is a massive change because it basically means you are no longer selling capacity, speed or even latency. It is giving every customer the ability to run their own network, a virtualised network, on their own network in a very smart way. This is a game changer.” Telefónica, meanwhile, believes NaaS will be a key enabler for metaverse experiences. “The potential of NaaS can transform the telecommunications world and change the internet paradigm, leading to the creation of a future where applications and networks interact in a limitless and frictionless way,” noted the operator in this press release about the wide-ranging conversation between the two top dogs, Telefónica and Rakuten.

Speaking of which… Today has been Telefónica’s Metaverse Day, during which it has been exploring the potential of all manner of digital products and services as well as the emergence of the immersive digital world. As mentioned previously, Telefónica is all over the metaverse like a rash – as well as having this dedicated day, it recently announced a collaboration with Qualcomm and has also just published a report entitled Social and ethical challenges of the metaverse. Read more.

Europe could face mobile network access disruptions this winter due to energy shortages as the supply crisis continues, according to Reuters. Power cuts or energy rationing could mean that parts of the mobile infrastructure need to be switched off and telecoms industry officials, cited by the news agency, have expressed concerns over such a risk, claiming that back-up systems are insufficient in many European countries. However, the report said that regulators, industry players and government officials are mulling measures to mitigate the risks. Reuters added that there are almost half a million towers across the continent, most of which have battery back-ups that can run the radio antennas for about 30 minutes.

UK telecoms regulator Ofcom urged operators to increase support for customers through the ongoing cost of living crisis after identifying that some 8 million households struggle to pay for their phone, broadband, pay-TV and streaming bills – a number it dubbed a “record” as it represents almost a third (29%) of all customers. This number is twice as high as figures for April 2021. Another concerning finding shows that nearly 70% of eligible customers are not aware that broadband social tariffs (priced at around £10-£20) exist due to either insufficient advertising by providers or refusal to offer such packages. On that note, it called on broadband providers to increase visibility. The watchdog recognised that providers offering social tariffs have increased from two to nine since 2020, but now it wants “to see industry go much further” by encouraging broadband providers, including TalkTalk, Shell Energy, EE, Plusnet and Vodafone, to introduce a broadband social tariff instantaneously. And, before they do, to waive early termination charges for those who decide to switch to another provider that already offers a social tariff. Ofcom also urged Virgin Media to begin offering a “superfast social tariff” as its current basic offer “does not recognise the importance customers place on speeds”. But it is not only broadband operators that are being targeted – all major mobile providers are also urged to implement a social tariff. When it comes to the annual price rise in April 2023, Ofcom’s networks and communications group director Lindsey Fussell cautioned that telecom providers should think “carefully” about whether they can justify significant increases. See more.

Japanese companies NTT Docomo and NEC have claimed to have significantly reduced energy consumption in a trial jointly conducted across elements of a 5G core network they’ve been working on. According to the operator, the processors used in the test, AWS Graviton2 by Amazon Web Services, reduced power consumption by an average of 72% compared to incumbent x86 processors using NEC's 5G core software. The performance was tested in a 5G core hybrid cloud environment, utilising AWS Graviton2 and NTT Docomo’s on-premises network functions virtualisation (NFV) infrastructure. The achievement will enable mobile operators to deliver “enhanced disaster-resilient” networks, according to the telco. Find out more.

The agency at the United Nations responsible for the coordination of telecoms operations and services, the International Telecommunication Union (ITU), has, for the first time, elected a woman to lead the organisation. Doreen Bogdan-Martin, who currently serves as director of the Telecommunication Development Bureau of the ITU, will be the next ITU secretary-general for four years, as of 1 January 2023. Bogdan-Martin has pledged to boost innovation to help address numerous challenges, including “escalating conflicts, the climate crisis, food security, gender inequalities and 2.7 billion people with no access to the internet”. Bogdan-Martin is originally from the US while her rival for the top ITU post was Russia-born Rashid Ismailov. Find out more.