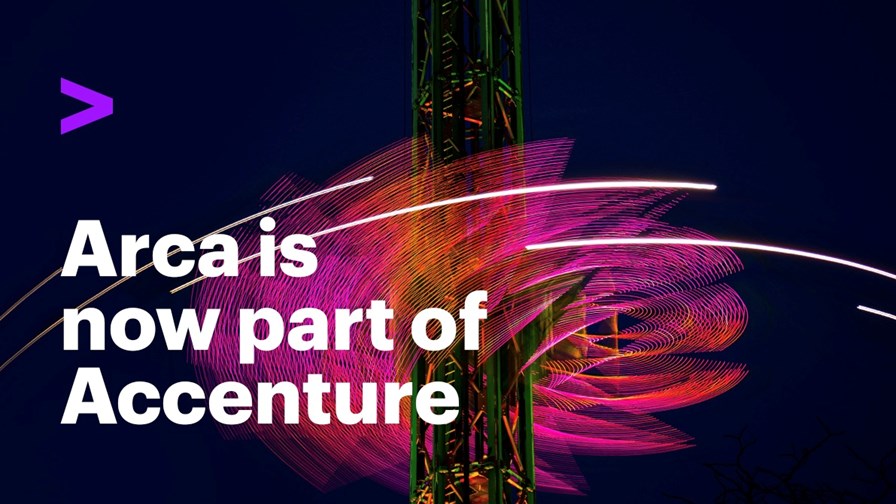 Accenture’s efforts to become an invaluable 5G partner to Iberia’s network operators and the ever-hungry and expanding Cellnex take pole position on today’s news grid. Followed closely by an app that's aiming to be purrfect.

Accenture has acquired Spanish professional services and systems integration specialist Arca for an undisclosed sum to “reinforce Accenture’s role as a key partner for the engineering, design, deployment and operation of network services — voice, data, video, fixed, mobile, 5G and IoT — for clients in the telecommunications, industrial, energy and infrastructure industries” and more in Spain and Portugal. See this announcement for more details.

Cellnex CEO Tobias Martinez would welcome the opportunity to take a stake in Telefónica’s towers subsidiary Telxius should the opportunity arise, reports Reuters. Cellnex has only just announced plans for a €10 billion takeover of Hutchison’s European mobile towers portfolio and is in the process of acquiring the tower assets of Poland’s Play, but is clearly of the view that scale is the key to future success. It’s not the only one thinking that: Vodafone is set to float its towers business, Vantage, early next year and has an M&A warchest to help grow its European towers further.

The global pandemic has spawned a welter of welcome and heart-warming diversionary videos featuring the antics of cats and kittens. Now, adding to the fun, comes the news that one of the team who brought the world the delights of Amazon's Alexa AI-powered "virtual assistant" has developed an app to translate feline caterwaulings into English. Yup. MeowTalk records the yowls and wails and then provides an alleged approximation of what they mean in English. But don't expect any deeply meaning interactions of a philosophical bent. At the moment, reports the BBC, there are just 13 quasi-musical catty phrases in the app's lexicon. They include "feed me," "I am cross" and "leave me alone," the meaning of all of which instructions can easily be gleaned simply by looking at the moggy issuing the vocalisations rather than consulting a smartphone. As yet there is no translation for the bizarre burping/purring murmurations that accompany the delivery of a disembowelled mouse or half-eaten pigeon. But you can always tell what's going on by the trail of blood and entrails spread across the Axminster. Interestingly, research seems to show that every individual cat speaks a different language, so endless virtual libraries will be required should you have a posse of pussies. Javier Sanchez of Akvelon, the company developing the app, says the ultimate aim is to develop a smart collar that will translate the miaows and speak them in English. The app, which, unsurprisingly, is still under development, is available free on both Google Play Store and the Apple App Store. This little story is reminiscent of a favourite poem about insomnia. It includes the lines, "and from the window by the bed, echoing inside my head, alley cats expended breath on arias of love and death." Just think of the pleasure to be had in hearing such a cacophony in the Queen's own in the dead of night...

NEC appears determined to play a significant role in the Open RAN scene in the UK. The Japanese vendor, already gaining invaluable Open RAN experience in its homeland with NTT DOCOMO and Rakuten Mobile, looked primed to play some sort of role in the development of disaggregated radio access network deployments in the UK following encouraging social media support from a senior British politician when Japan and the UK signed a trade deal last month. Now NEC has announced it will “establish its Global Open RAN Center of Excellence (CoE) in the U.K. to accelerate the global adoption of Open RAN and to further strengthen its structure for accelerating the global deployment of 5G.” One might think that NEC had already been given some even greater encouragement from certain sectors of the British mobile network establishment… NEC says the Global Open RAN Center of Excellence will be backed up by an Open RAN lab in India, another market where NEC has high hopes of becoming a mobile network technology supplier of repute. Soon, going to pray with eth folks of the CoE might mean something different in the UK... Read more.

OneWeb, the satellite operator into which the UK government has pumped enormous piles of cash and a great deal of hope, has exited bankruptcy protection, reports the BBC.

If "the mills of God grind slow," as the saying has it, BT can sometimes still move at the pace a tectonic plate. The UK regulator Ofcom has just issued a new report saying that where the agonisingly sedate separation of Openreach from the mothership is concerned, "There is no room for complacency and continued focus and vigilance will be needed to ensure progress continues, is fully embedded and sustainable". Ofcom does accept that Openreach is "improving its engagement with its wholesale customers in many areas", establishing "constructive commercial relationships" and that a genuinely independent identity is emerging, but also acknowledges that "some stakeholders" believe the split between BT and Openreach is not yet sufficiently wide for the structural separation to permit Openreach to function with complete independence. The main concern is that BT still has undue influence over Openreach pricing. The Ofcom report adds that Openreach "will need to do more to ensure providers can gain access at the scale and pace necessary to support the deployment of multiple, fast fibre networks for UK consumers." However, and credit where credit is due, the regulator praises Openreach for the way its engineers have continued working to provide broadband connectivity to all parts of the UK during the Covid-19 pandemic.

SFR has launched its first 5G service in France, choosing the south coast city of Nice as its first domestic market. For more details, see this press release (in French).

Verizon and Apple have teamed up to offer enterprise users the opportunity to replace their corporate smartphones for 5G-enabled iPhone 12 devices. See this Reuters story for more.