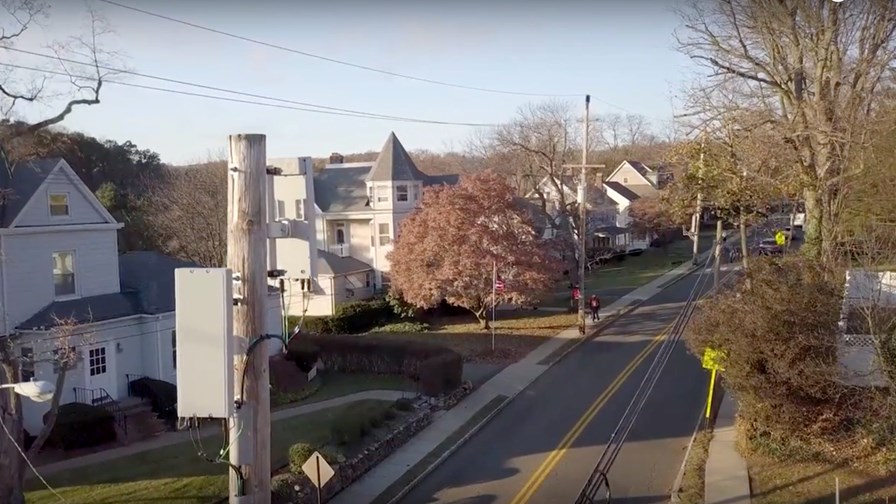 US telco Verizon Communications this week detailed its plan lead the industry with “the first commercial application of next-generation broadband services”, announcing that it will launch 5G-based wireless residential broadband services in three to five US markets in 2018. Yes, that’s about 18 months ahead of standardisation sign-off from 3GPP and ITU, but some telcos just can’t wait.

As expected, precise details of its plan won’t be known until sometime next year, which led some analysts to be sceptical, going as far as to call it clunky, squishy and even murky.

What we do know is this: Verizon’s first commercial launch is planned to be in Sacramento, California, in the second half of 2018. Verizon estimates the market opportunity for initial 5G residential broadband services to be approximately 30 million households nationwide. In addition, it says that the 5G commercial launch will not have a material impact on its consolidated Capex in 2018 and that it expects its full-year 2018 capital spending program to be consistent with the past several years. And that’s it.

“This is a landmark announcement for customers and investors who have been waiting for the 5G future to become a reality,” said Hans Vestberg, President of Global Networks and CTO at Verizon. “We appreciate our strong ecosystem partners for their passion and technological support in helping us drive forward with 5G industry standards, for both fixed and mobile applications. The targeted initial launches we are announcing today will provide a strong framework for accelerating 5G’s future deployment on the global standards.”

However, industry analysts were presented with some additional nuggets of information. Deployment in Sacramento will be part of a broader Public Private Partnership, with more cities to be added “soon” and a “broader rollout in 2019”. Verizon expects a 20-30 per cent penetration rate in these cities. Services will include broadband, video and voice (no surprise there) with end-to-end secure connectivity, competitive pricing and speeds of up to 1Gbit/s.

Verizon sees the US residential market as follows: 129 million households, worth around $65 billion (an average of $42 per month, if we follow Verizon’s logic), of which 14 million are already served by its Fios fibre product. That leaves 115 million residential households up for grabs, and Verizon is initially targeting 30 million of these, or 25-30 per cent.

Verizon says it has successfully trialled 5G residential applications in 11 markets this year. Its pre-commercial 5G technology using mmWave spectrum produced data download speeds results ranging from just over 400Mbit/s to just under 1.5Gbit/s. On a slide shown to analysts, its results were graphed into three categories: less than 1,000 feet, 1,000 to 2,000, and over 2,000 feet. The first two categories apparently produced a wide range of results between 400Mbit/s and 1.5Gbit/s (there was no detailed breakout) with the “beyond 2,000 feet” category showing speeds of about 750Mbit/s to 1.2Gbit/s (as best as we can deduce from the decidedly non-scientific graph).

So what did the markets think of Verizon’s 5G plan? Not much, judging from the reaction on investor sites such as Barons. It quoted Jeffrey Kvaal of Instinet as saying the fixed wireless implementation looked "clunky" and short on pricing, and Colby Synesael of Cowen Investment Bank as also saying the presentation was short on financials, making a payoff hard to determine. Barons also quoted Craig Moffett of the Moffett-Nathanson research firm as saying the presentation was “rather squishy” and "so murky as to be unforecastable."

“Verizon glossed over 5-10x LTE upgrades that are already offering, around 100Mbit/s of fully mobile service at current prices to current phones without line of sight,” wrote Kvaal. “A better 5G story might be to free up sufficient LTE capacity to boost the unlimited cap from 25GB to 100GB for, say, a $25 premium.”

“While we understand the need to hold back financial information given the early stages and for competitive reasons, we view today’s unveiling as more of a final validation of the technology,” wrote Synesael. “Fixed wireless looks to be a high-end offering.”

“If multiple players enter each market, all targeting the same 25 to 30 per cent total addressable market, well, what then? Wouldn’t it be now shared among two, three, or even four providers?” wrote Moffett. “There’s a completely different future where each operator targets different markets. That would create a truly bizarre market dynamic that is almost unimaginable today, where each operator “owned” different cities, not just for fixed wireless broadband but also for 4G LTE”

Verizon have a lot more work to do if they are to convince the all-important financial markets that they have found the elusive “killer business model” for 5G.