Levelling-up Britain, one 5G private network at a time 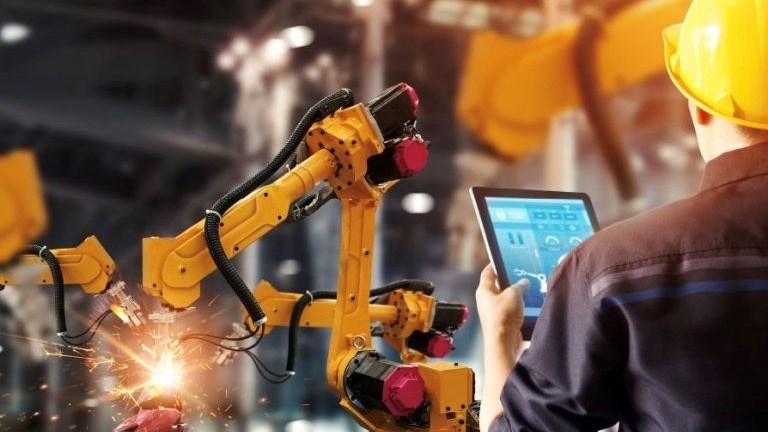 5G could be the catalyst that will see contributions to the Gross Value Added (GVA) of Britain’s manufacturing sector rise by £3.6 billion per year by 2025 and as much as £6.3 billion per year by 2030. That’s the headline take-away from a new Vodafone UK report, 'Powering Up Manufacturing, Levelling Up Britain',  which was produced by London-based political communications consultancy WPI Strategy in partnership with the UK operator.

The 'Levelling-Up' agenda was a key Conservative Party policy that helped the government to gain an 80 seat majority in the House of Commons at the last General Election. In December 2019, the “Red Wall” of northern constituencies crumbled as traditional Labour voters changed allegiance and, in many constituencies, elected Conservative MPs for the first time. Prime Minister Boris Johnson wants, and indeed needs, to make that change permanent and much depends, including his own political future, on the success of his pledge to “level-up” the economic disparity between the rich south of the UK and much less affluent northern areas.

The new report examines the likely impact of 5G on the UK’s manufacturing industry and concludes that the technology, properly deployed and used, should indeed transform regional manufacturing operations, boost employment, significantly increase productivity and competitiveness, whilst fostering much improved economic prospects in areas such as the North West of England, the North East, the Midlands and across Wales.

It makes clear that consistent government policy on, and commitment to, ensuring 5G has a leading role to play in manufacturing is a prerequisite to such success, suggesting manufacturers be given the necessary support to invest in 5G mobile private networks (MPNs). The report adds that the creation of 5G test and innovation centres should be a corollary of such government support in the regions that will benefit the most from leveraging 5G in their manufacturing sectors: In Wales, manufacturing accounts for 17 per cent of economic output; In the West Midlands region, it is 17 per cent; 16.1 per cent in the East Midlands; and 15.4 per cent in the North West. In the London area it is just 2 per cent.

The regional imbalances and disparities are glaringly evident and the report states there is a prima facie case for the government to adopt measures, both in the imminent Levelling Up White Paper and via other initiatives, to encourage manufacturers to examine how, and ensure that, 5G (and industrial IoT) will improve their operations and businesses. As the Vodafone report says, 5G offers much greater capacity than does 4G, while 5G architecture is very flexible and able to scale enough to permit millions of devices to be simultaneously connected.

While the Vodafone report is ostensibly dispassionate, Adam Smith’s 'Hidden Hand of Self-Interest' is by no means concealed. It contains a direct recommendation for a government intervention and incentive programme to help manufacturing industries build their own 5G private networks and so relieve the cost pressures on the big mobile network operators.

The report reads: “5G has the potential to unlock productivity and enable economic growth across the UK. Vodafone-commissioned research has found that 5G could add over £150 billion to the UK economy by 2030. But to achieve these wider economic and societal benefits, significant investment is required to rollout and maintain 5G networks, build more mobile sites and develop new 5G applications and technologies. Mobile network operators are faced with these investment demands at a time when the industry is under serious cost pressures, for example through the requirement to swap equipment, increasing operating costs and high regulatory and spectrum costs.”

It continues, “To achieve its full potential, mobile operators need 5G to deliver an investment boost via the industrialisation of new 5G technologies, including 5G MPNs. This would lead to improvements to the current low return on capital employed in the UK for mobile infrastructure. This boost could be delivered by the uptake of 5G MPNs in manufacturing, which would not only deliver productivity gains and support the Government’s ambition to 'level up' the country, but would also create a virtuous circle by opening up new revenues for mobile network operators. These new revenue streams can then be reinvested in the roll-out of 5G network infrastructure and the development of new applications, which will benefit smaller businesses which are less likely to have the economies of scale to invest in MPNs, and consumers more generally. Without these new revenue streams, mobile operators will not be able to fund the roll-out of 5G to consumers and smaller businesses across the UK. As a result, the technology and its benefits would only be accessible to those in large cities and metropolitan areas or organisations able to invest in MPNs to enhance their operations. In this circumstance, the Government target that the majority of the population will have access to a 5G signal in 2027 would not be met.”

It is a persuasive argument and among the recommendations listed in the Vodafone report is “Incentivising investment, with policies to support manufacturers to upgrade their facilities with 5G MPNs and the expansion of the Made Smarter Adoption [technology accelerator] programme."

Further on in the text is this: “The government should consider what incentives can be put in place to make it easier for manufacturers of different sizes to upgrade their factories with 5G MPNs, including policies along the lines of the existing time-limited super-deduction capital allowance, focused on tech upgrades in manufacturing in particular.”

Big benefits but at what cost?

So, the report stresses that much will also depend on businesses in the manufacturing sector being encouraged to deploy their own high quality of service 5G MPNs that will be built to provide the very specific and often specialist requirements of individual businesses, including network speeds, latency, capacity and geographic coverage. Among the many benefits accruing from such a policy are very high security, whereby no third party can use or access the network thus ensuring digital processes and data remain private. Furthermore, the in-built flexibility of a 5G MPN mean that the network is both future-proof, very robust and eminently reconfigurable.

Other benefits are: Mobility, whereby a company’s SIMs can be used on its MPN as well as the consumer network; allowing users to take advantage of 5G while on the move; the provision of high reliability and control via dedicated network components or resources on customer premises; and dedicated monitoring capabilities from a self-service portal.

Wirelessly connected factories with bespoke 5G MPNs can support the sharing of large quantities of data from thousands of devices simultaneously in real time, enabling better and faster decision-making, facilitating machine learning and allowing processes to be adapted to maximise productivity. 5G also allows for predictive maintenance by monitoring hundreds of variables, forecasting when and where repairs will be needed and avoiding unplanned and expensive downtime.

Matt Warman, the Minister for Digital Infrastructure, commented: “5G can change the way Britain builds and we’ve sparked a wave of innovation in UK manufacturing through our £200 million 5G trials scheme. We’ve seen driverless vehicles at Nissan’s Sunderland plant, VR at BAM Nutall building sites in Scotland and Vodafone boosting laser-welding robots in Essex. The benefits of 5G for improving productivity, efficiency and safety in our manufacturing sector and beyond are clear, and Vodafone’s report is a ringing endorsement of how this revolutionary technology can help us build back better from the pandemic."

However, nothing is said about the costs of buying and deploying 5G MPNs that would fall upon individual manufacturing companies. If they don’t know what investments would be required, how to calculate and evaluate the expense or find they cannot afford it when the costs are known, the benefits of 5G may well be late in arriving: Better not to invest than to buy an uncosted pig-in-a-poke. What is obvious is that the knock-on effects of delay would impact negatively on Britain’s national economy as the country struggles to overcome not only the impact of the Covid-19 pandemic but also the increasing incidence of the unintended consequences of a rushed Brexit.