[London, UK, February 20, 2019] Huawei released the "Simplified 5G" deployment strategy at the pre-MWC 2019 briefing in London. Huawei believes that network simplification, automation, and business simplification will become the development direction of mobile networks in the future.

We are in a new historical era. 5G networks and terminals for large-scale commercial use grow mature at the same time. The ecosystem readiness has never been so satisfying, which is the first time in the history of mobile communications. In the 3G era, smart terminals were mature about five years later than the networks. In the 4G era, smart terminals were mature nearly two years later. The rapid development of the ecosystem will lead to the rapid development of 5G. The number of 3G and 4G users around the globe reached 500 million users within ten and five years, respectively. It is estimated that 5G will take only three years. Peter Zhou, Chief Marketing Officer of Huawei Wireless Solution, emphasized that "5G will witness unprecedented rapid development. Huawei is dedicated to taking complexity and creating simplicity. We are eager to make 5G deployment efficient and convenient through systematic innovation, helping 5G enter the fast track." 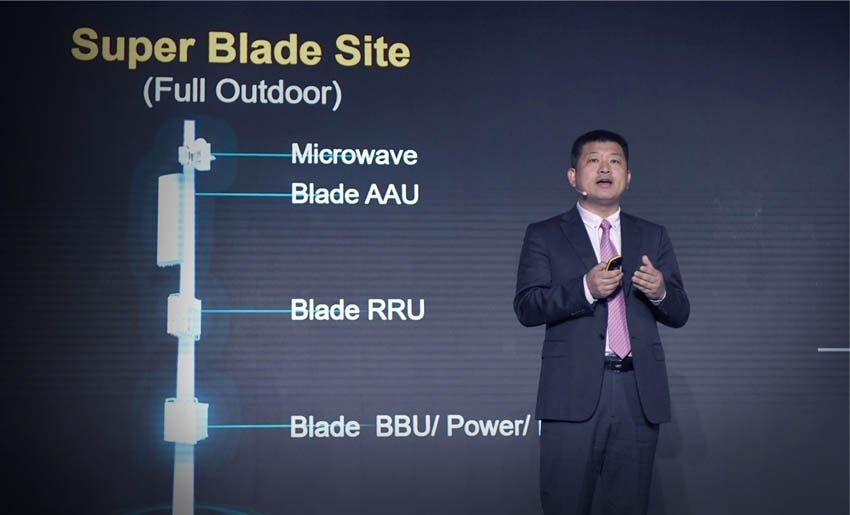 In the 5G era, multi-RAT (2G/3G/4G/5G) networks are complex and difficult to maintain, requiring high O&M costs. Therefore, basic voice, IoT, and data services must be migrated to the LTE network and make LTE a bearer for basic services. In the future, the target network will evolve to "LTE+NR" and feature RAT simplification.

eMBB services are primary services in the initial phase of 5G. They are the continuation and development of mature 4G business models without doubt. For eMBB, the following three business forms are emphasized: unlimited services, wireless home broadband, and Cloud X. Currently, 70% operators worldwide have provided unlimited services and 40% operators have seen the increase in mobile average revenue per user (ARPU). In the future, the "unlimited" era requires differentiated network experience and service experience, including rate and delay. Wireless home broadband has proved its business success in the 4G era. In 2018, about 30 million users are increased. In the 5G era, wireless home broadband will embrace the golden age of development. In addition, eMBB services are being continuously innovated in the 5G era. Cloud X services, represented by Cloud VR/AR, Cloud PC, and Cloud Gaming, are connected to terminals and the cloud through networks to implement new services such as smart terminals, broad pipes, and cloud applications.

In the future, 5G will also enable digitalization in all industries, bringing more revenue space for operators. Currently, Huawei is working with over 280 partners worldwide to actively exploring the Internet of Vehicles (IoV), connected drones, and smart manufacturing through X Labs.