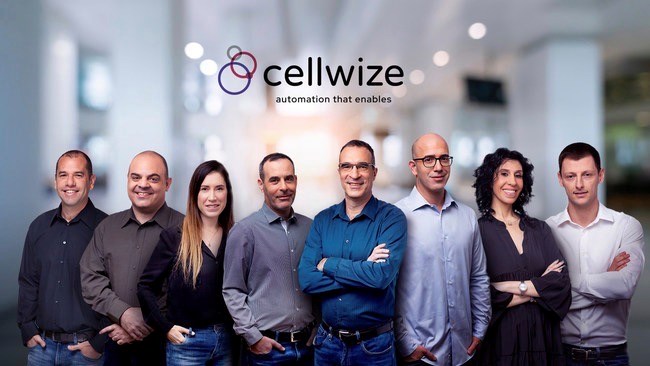 Cellwize, one of most experienced specialists in the SON (self-organizing networks) sector, has raised $32 million in Series B funding from a host of top industry names as the automation of networking processes becomes increasingly important to operators.

The vendor, which already boasts an array of major telcos (including MTC, Smart, Telefónica, Telkomsel, Verizon, Vivo) as customers for its radio access network automation technology, has attracted funding from Intel Capital and Qualcomm Ventures LLC, which led the funding round, as well as Verizon Ventures, Samsung Next, and existing shareholders (Viola Ventures, DTCP, GreenApple Tech, Vintage Investment Partners and Sonae IM).

Its previous funding round was in December 2015, when it raised $14.5 million plus access to a $10 million credit facility.

Cellwize says it will use the funds raised to expand internationally, further enhance its existing cloud native product portfolio (based on its AI-enabled CHIME platform) to help operators with their 5G rollouts, and develop network automation technology for the 4G/5G private networks sector, which is growing rapidly.

The funding boost come at an important time: Network operators know that to gain the full benefits of their 5G networks they need systems that can help to introduce automated processes that optimize the use of their network resources and make their networks more efficient; and at the same time they want to diversify their vendor relationships and break their reliance on a small number of large vendors for all their 4G/5G RAN needs.

Such funding (and from major industry names, too) will help Cellwize to provide an alternative to the SON systems from the likes of Ericsson, Huawei and Nokia: Other providers of SON technology include AirHop Communications, Airspan, Amdocs, Cisco, NEC, TEOCO and more. (It should be noted, though, that this will also make it more likely that Cellwize will attract a buyer, and being acquired is one of the quickest ways to be taken out of the competitive equation...)

Importantly, Cellwize is also set to play a role in the emerging Open RAN market, as its “open architecture and open API layer… [enables operators] to add self-created network applications on top of a multi-vendor RAN ecosystem with ease and simplicity.”

For more details on the funding round, see this press release.