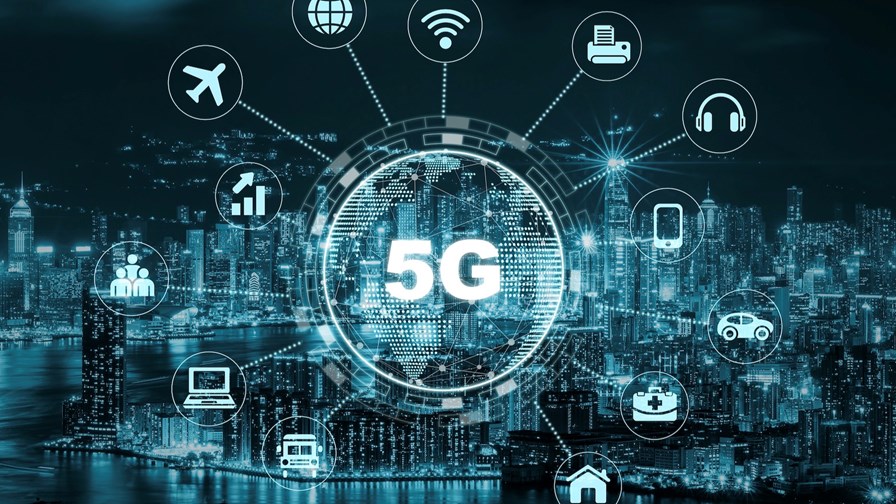 Operators around the world are moving swiftly towards the next phase of their 5G strategies by deploying cloud-native, standalone (SA) core network functionality that can help them tap into the long-promised pot of gold that is the enterprise services sector and make the best use of their upgraded radio access networks, and it’s clear they’re taking a multivendor approach that allows them to select best-of-breed elements for these critical platforms.

While the major mobile network vendors, particularly Ericsson and Nokia, have long been citing operator traction for their 5G core systems, they are quite likely to be a primary or lead partner rather than an exclusive supplier.

There have clear been signs of multivendor approaches to the 5G core for a while now, with the most intriguing being the approach by Telenor, which is trialling a platform that comprises elements from alternative suppliers. Let’s remind ourselves what the Norwegian operator had to say in April this year:

“The main component of 5G-SA is the 5G mobile core, the ‘brain’ of the 5G system. Unfortunately, most 5G core deployments are still single vendor dependent, with strong dependencies on that vendor’s underlying proprietary architecture. This single-vendor dependency can be a killer for innovation. It restricts open collaboration from the broader 5G ecosystem of companies developing new technology, use cases, and services that the market expects,” noted Patrick Waldemar, Vice President and Head of Technology in Telenor Research. Instead, Telenor says it has deployed “a truly multi-vendor, 5G core environment running on a vendor-neutral platform. The multi-vendor environment consists of best of breed Network Functions from Oracle, Casa-Systems, Enea and Kaloom, all running on Red Hat Openshift, the industry’s leading enterprise Kubernetes platform… To protect the 5G infrastructure from cyber threats, we deployed Palo Alto Networks Prisma Cloud Compute, and their Next Generation Firewall is also securing Internet connectivity for mobile devices. Red Hat Ansible Automation Platform is being used as a scalable automation system, while Emblasoft is providing automated network testing capabilities.” You can see Telenor’s full announcement here.

We then followed up and talked to one of those companies, Enea, about the process and approach. (See How to slice a multi-vendor core in 5G.)

And while Telenor is pushing the envelope a little further than others with its approach, it is certainly on trend.

In BT’s case, it announced it will use the Converged Policy Management suite from Oracle Communications for 4G and 5G policy control and service design, and that Oracle Communications Consulting (OCC) will “support the policy solution implementation and the eventual migration of BT’s 4G voice and data services to 5G, assisting BT with policy design, optimization and 5G software testing using Oracle’s Automated Testing Suite.”

There was no specific mention of the 5G core in either BT’s or Oracle’s announcements on the deployment, but everything pointed towards this being key core functionality rather than a technology silo that would work alongside a core platform (a move that would not make sense in these cloud-oriented, anti-silo days).

And as BT had previously announced Ericsson as a key 5G standalone core partner, this looked like a significant multivendor step, with Oracle playing an important role in helping to migrate BT from its 4G evolved packet core to a 5G platform.

Dave Salam, Director of Mobile at BT, tells TelecomTV that the operator is “deploying the Ericsson 5G Packet Core Controllers and Gateways alongside Oracle's Policy Control Function (along with other Oracle components) onto BT's Network Cloud utilising Canonical, Juniper and Cisco solutions.” Now there’s a nice cocktail of names!

The BT Network Cloud is, of course, the operator’s own private cloud that has more than 100 points of presence (PoPs) the length and breadth of the UK and which will underpin a lot of the operator’s next-gen, distributed functionality.

And keep in mind, too, that this core is not for mobile services only: BT has been very vocal during the past few years that it has been planning a converged core platform that will be the brains of all its services, no matter the access medium or type of customer, with Group CTO Howard Watson reiterating that point again recently during his keynote interview at the Connected Britain event in London.

Telefónica, meanwhile, has turned to IBM and its partners to deploy what the operator says is its first cloud-native 5G core network platform based on its UNICA Next telco cloud architecture. The giant telco has brought together systems integrator IBM Global Business Services, the digital transformation services and consultancy arm of IBM, Red Hat and Juniper Networks to deploy the cloud-native platform across multiple central, regional, and distributed data centres across Spain starting next month. Specifically, IBM Global Business Services will deploy IBM Cloud Pak for Network Automation, Red Hat OpenShift, and Juniper’s Apstra intent-based networking tech and its QFX switches.

This looks to be the first major move by the Spanish giant to migrate away from Huawei in its core platform: The Chinese vendor had initially been given the role of building on its 4G packet core deployment with Telefónica for the 5G era, but that decision was reversed in late 2019 when the operator announced it would replace Huawei in its core over the coming years in the key markets of Spain and Germany. In Germany, Telefónica Deutschland has selected Ericsson as its prime vendor partner but, in a radical departure for a major telco, is deploying the 5G SA core on Amazon Web Services (AWS) public clouds.

This all suggests we can expect to see a broad mix of companies engaged in 5G core platform R&D and deployments, which would encourage healthy competition within the industry.

And according to Miguel Carames, Director of Network and Technology Planning at Verizon, it will be beneficial for 5G core systems to comprise elements from more than a small handful of vendors. Talking during TelecomTV’s 5G Evolution Summit Day 1 live Q&A session earlier this year, he noted that while private networks might be best suited for a single vendor core system, “when we think about our public network... I would say, maybe, five to eight [vendors] is probably an optimal number on the application side.” (See 5G Evolution Summit - Live Q&A Day 1 from 10 mins 40 seconds).