How to slice a multi-vendor core in 5G 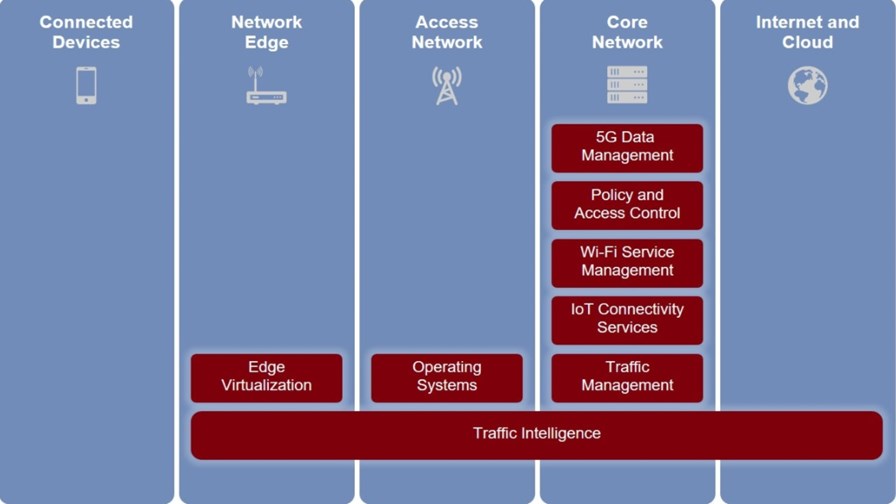 The telecoms industry -  both equipment vendors and telcos - are facing a huge change  to their  basic assumption-set in the wake of what now seems like a sudden shift - towards disaggregation and away from the integrated soup to nuts vendor model.

We all know what has happened  - the US-China conflict over Huawei effectively saw three major global vendors reduced to two (at least for most of Europe and North America)  and it laid bare the shaky foundations of the world’s utterly crucial telecoms infrastructure. If one vendor’s technology were to be compromised by an cyber attack or (heaven forbid) go down with a major and nearly unfixable problem the whole  technological “sucker could go down," to slightly misquote President George W Bush’s assessment of the prospects for the US financial sector in the wake of the Lehman brothers collapse.

So, with minds duly concentrated, one of the action points has been to accelerate the trend to disaggregation, already (fairly slowly) taking place.

That meant splitting off the interacting subsystems which make up the global telecoms network, and forcing operators (by various prods, pushes and incentives) to buy ‘best-of-breed’ components instead, with the hope of making the whole sector less dependent on a narrow range of equipment suppliers with all the security and industrial problems such a state represents.

That’s a challenging ask for telcos who have spent the decades since privatisation, digitalisation and computerisation, hiving off the technology responsibility to system vendors in return for buying whole systems, often at great expense.

But part of the incentive to disaggregate was that it would introduce new vendors with ‘new’ approaches and shiny new technologies forged in the IT sector. The disaggregated components they introduced would have to be interchangeable so that telcos could swap them out and swap vendors at the same time.

So if all this was challenging for telcos, it was pretty bracing for the equipment vendors too  -  especially the incumbent vendors who were now on the defensive and would have to think up new strategies to have a hope of maintaining market share longer term.

For some vendors, though, the new disaggregating world represents a major opportunity.

Telenor and Enea recently announced plans to work on what they style as the world’s most diverse multi-vendor standalone network core designed to act as a Proof of Concept (PoC) for the cloud native 5G core with a special emphasis on what is probably  its most demanding function -  secure network slicing. Both organisations are aligned on the all important concept of vendor neutrality, data management and collaboration and Telenor is using Enea’s high performance User Data Repository (UDR) and Authentication Server Function (AUSF).

I asked how confusing and stretching it was to have to deal with multiple other vendors. It looks like a bit of a nightmare.

“What we’re seeing is that vendors concentrate on certain domains. So for us, the obvious domain is data management, which is typically a collection of three or four (ish) network functions.  So it’s usually an obvious collection, but not always. Where functions use the same database for instance, it may make sense.” On the other hand he says, all vendors are embracing the idea of having different vendors for front and back ends.

How strictly is the environment divided up, I ask? If it makes things easier to have collections are there strict rules for the divisions?  How many different parts are there, for instance?

“If you count the vendors there are seven (in the Enea/Telenor PoC)  each of which have a chunk of the core.” Oliver says he thinks these original splits will sustain (which they would have to if the collection of functions is to remain portable so that one vendor’s offerings can be cleanly replaced by another).

On the other hand, what Oliver calls the ‘fun’ breaks out when it comes to interworking between 4G and 5G, as there can be multiple options for doing that. An incumbent vendor can therefore get tricksy about how to sustain its approach from one generation to the next.  “You can’t let them get away with that,” he says, “because you are basically elongating the vendor relationship from 4G to 5G forever.”

Will a certain amount of reintegration take place as time goes on?

Oliver thinks the number of vendors will probably come from seven or eight in the core,  down to about three.

“I think particularly for medium and smaller telcos.” They can’t stretch easily to dealing with six or seven core vendors, he says, and “having three gives them back some power.” But, he says, slicing might multiply the numbers again.