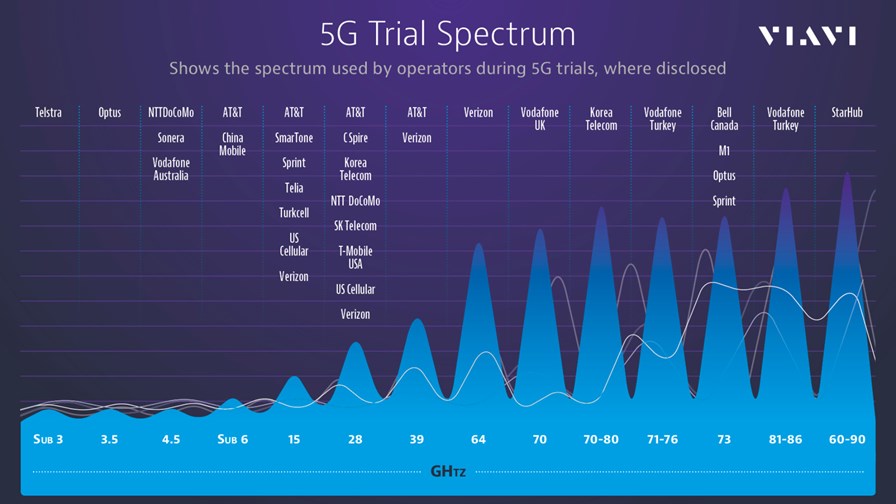 Network test, monitoring and assurance provider, Viavi Solutions, has released new industry data on the state of 5G trials. Despite 5G standards not being expected until 2020, Viavi has identified 25 mobile operators that have already announced that they are lab testing 5G, or 5G-ready technologies. Among those, 12 report having progressed to field testing, and an additional four operators have announced their plans for 5G trials.

Operators are testing across a wide range of bandwidths, ranging from sub-3GHz to 86GHz. Of the operators that have disclosed their test spectrum, currently the most commonly trialled wavelength is 28GHz, with eight operators using it, as well as 15GHz, which is being used in trials by seven operators. The 28GHz usage will come as no surprise to those following early 5G developments, but the 15GHz trials might raise more questions.

According to Viavi, five operators have reached data speeds of 35Gbit/s or more in 5G trials. To date, Etisalat has demonstrated the highest claimed data speed of 36Gbit/s, with Ooredoo conducting tests at 35.46Gbit/s. In Asia, Optus, M1 and Starhub have reached 35Gbit/s, with all other operators conducting 5G trials reporting data transmission speeds of at least 2Gbit/s.

“The pace of 5G development is already beyond the expectations of many observers,” said Sameh Yamany, CTO of Viavi Solutions. “Now, as the technical delivery of data is starting to coalesce, it is time to think ahead to how future 5G networks can manage the disparate requirements of high data rates, very low latency applications and large-scale IoT services while maintaining Quality of Service.”

According to Viavi, this underlines the importance of “network slicing” whereby multiple cloud-based functions within a virtualized network can be automated and programmed to meet different use cases and requirements. “Service providers and their partners will require solutions that are virtualized from one end of the network to the other and have automated and correlated intelligence across each network slice for monitoring, optimization and service assurance,” added Yamany. 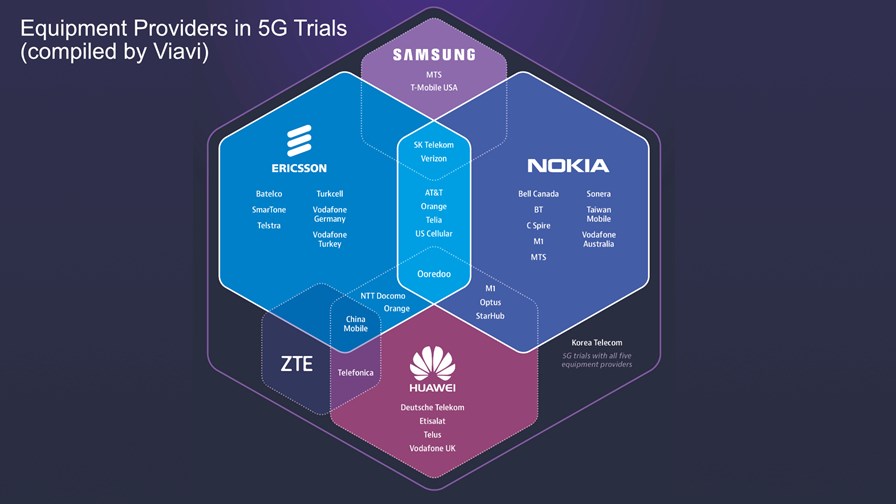 The data was compiled from publicly available sources as part of Viavi’s practice of tracking trends to drive solution development.

Rakuten zeroes in on zero-touch with Nokia OSS deal