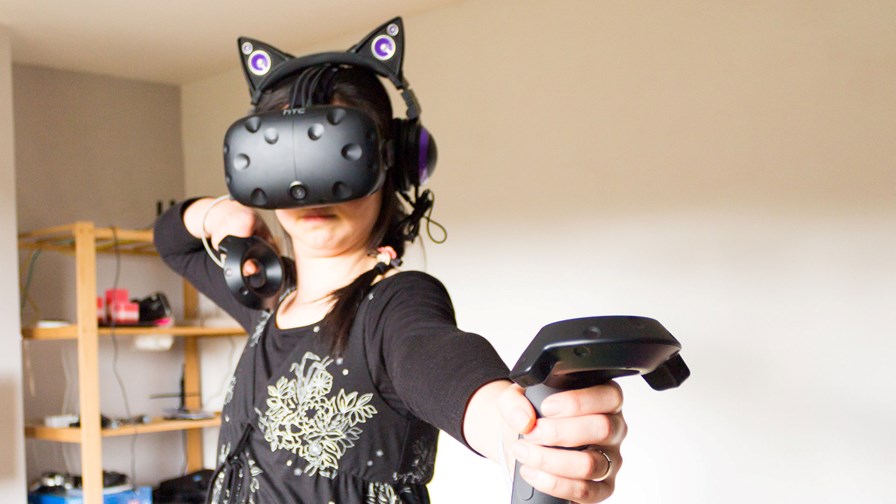 In a game of choose your own dystopian adventure, Ericsson's Consumer Lab has rolled its many, many-sided dice and landed on The Matrix.

Or something that conjures up a few memories of that film, at least. Not the bits about wearing skin-tight PVC to a goth club and getting sweaty to Rob Zombie, but rather the idea that people will spend time inhabiting richly rendered virtual worlds that stimulate every one of their senses.

Ericsson surveyed more than 7,500 early adopters spread across 15 major cities worldwide – including Delhi, London, New York, San Francisco, Sao Paulo, Shanghai, Sydney and Tokyo – to gauge their expectations of how the digital world will look by 2030.

The results paint a picture of an emerging Internet of Senses, so called because peoples' online experiences will extend to touch, taste and smell, as well as just plain old sight and hearing.

For instance, 44 percent of respondents predict that by 2030, there will be devices that can change the flavour of food to your liking. Around 60 percent expect to be able to smell aromas from places they 'visit' virtually, like a pine forest, for example. More than 60 percent expect touchscreens to give them richer haptic feedback. In addition, 70 percent of respondents predicted that by the end of the next decade, virtual worlds will be indistinguishable from physical reality.

"We often imagine the future as a linear development from today. But we already need to consider what opportunities and challenges a world where all human senses are digitalised will bring," said Dr Michael Björn, head of research agenda, Ericsson Consumer & IndustryLab, and report co-author. "For example, it could play a significant role in climate action and carbon footprint reduction. Many activities can be digitalised to reduce their climate impact. You could go to work, go on vacation, and travel the world, all from your home."

Indeed, by 2030, your smug, vaguely-condescending, probably vegan, self-professed Instagram-influencer friend may brag about how they visited Angkor Wat virtually rather than physically, because the latter is bad for the environment. They'll be right, of course, but they'll still be really annoying. Perhaps then virtual reality will one day create the perfect peer group to act as an ego-boosting entourage that will never make you feel less worthy about your lack of cultural capital.

Devices are coming, networks are needed

From a device point of view, it isn't difficult to imagine a 2030 as described by Ericsson's survey respondents.

VR headsets are becoming more capable and more affordable, as are haptic gloves. Companies like FeelReal are also pioneering scent-generating masks that attach to VR headsets. These enable wearers to feel the breeze in their videogames, or smell things like gunpowder, for instance.

Research firm IDC expects VR and AR spending to hit $18.8 billion in 2020, compared to an expected $10.5 billion this year. IDC also found that in the third quarter, global shipments of wearable devices in general grew by 94.6 percent year-on-year to reach 84.5 million units.

In short: the consumer appetite for virtual reality and connected wearables is healthy and growing.

High-speed, low-latency networks are what's needed to make all this hang together. That means 5G, Wi-Fi 6 and FTTP access networks; high-capacity fibre in transmission and backbone networks; and widespread edge compute and storage infrastructure. All managed dynamically and automatically using software.

Here's where the real work has to happen, because the industry has been working on some of the associated enabling technologies, like SDN and NFV, for the better part of a decade, but commercial deployments are still thin on the ground. Telcos, vendors and hyperscalers are still very much finding their feet with edge compute too.

In terms of access, commercial 5G is still in its very early stages, and while there is a lot of activity around FTTx these days, in the EU alone, the FTTH Council expects that by 2025, FTTH/B subscriptions will reach 109 million. Not great, considering the population of the EU is north of 500 million.

Admittedly the networking part of the picture could look very different by 2030, but at the current rate of progress, I don't expect to wake up and smell any virtual roses any time soon.