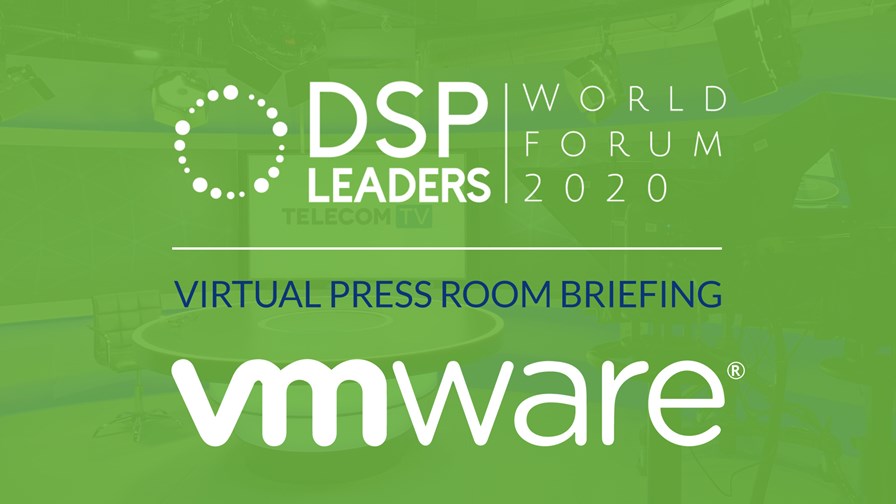 The migration by communications service providers (CSPs) to cloud native architectures is underway, built on the foundations laid by NFV, but it will be a long and complex transformation that will require three key telco cloud stars to align before the full benefits can be realized, according to a senior VMware executive.

Talking to TelecomTV during a DSP Leaders Virtual Press Room briefing, Gabriele Di Piazza, VP of Solutions for VMware Telco Cloud Edge, noted that the journey by telcos towards a cloud native architecture has been underway for years, starting with the evolution of the evolved packet core. “4G kickstarted the shift towards virtualization and gave the operators experience… in 4G, new additions and expansions have been running in virtualized or cloud-based environments. You could argue that developments in the past few years have started from a cloud-first angle…. no one is going to buy a physical packet core today,” he notes.

And right now, operators are at a critical stage with their NFV deployments, having developed their telco cloud strategies for years and thinking ahead to their 5G needs. An example of this is Vodafone, which has been on its virtualization journey for more than five years: Working with VMware, it recently completed the roll-out of its NFVi platform, supporting more than 900 virtual network functions (VNFs), across 21 markets.

Now those operators are exploring the evolution of that virtualization platform to embrace cloud native functionality, which will play a key role in taking full advantage of fully-fledged 5G. But a lot needs to happen within the vendor and carrier community before that can happen, states Di Piazza.

“The transition from virtualized functions to cloud native has a lot of implications… as applications are disaggregated into microservices, for the first time in many years there’s a need for the complete re-architecting of applications – it’s not a case of ‘I had a VNF [virtual network function] and now I have a CNF [cloud native function] and the problem is solved.’  That has massive implications on operational aspects – you need to look at a different deployment model if you look at the CI/CD model or Platform-as-a-Service (PaaS) approach – and it’s a transformation across the supply chain… it includes a huge human factor, from a skills perspective,” says the VMware man.

There are signs of early cloud native activity in the telecoms sector – “I think we will see some marginal deployments during 2020 and something more established in 2021” – but for true cloud native operations, three developments need to be aligned, according to Di Piazza.

“The first is the maturity of the cloud provider vendors like us and our competitors… sometimes I think this is the least of the problems because we are technology companies – this is what we do,” he says confidently.

The second is R&D evolution in the vendor community. “Today CNFs [cloud native functions], the containerized functions, are either barely ready or still in the process of being released,” he notes, so there’s a still a lot of work to do before those CNFs are fit for a telco production environment.

The third is the carrier maturity: There’s a long way to go before operators have the CI/CD (continuous integration/continuous deployment) processes and Kubernetes skills in place for cloud native operations, along with the many other cultural and operational changes that will need to be implemented.

“If all three things are not in place at the same time – if you miss only one of those three – then you have a gap, because you might have a ready-to-go platform and cloud native applications but you might not have the operational capabilities… I think it has become clear that this is yet another transformation” that operators need to undertake. “Imagine deploying a network function continuously into tens of thousands of sites, updating these, maintaining a fresh version in a world where there is a new Kubernetes version every quarter” – that’s a whole new way of working for operators, notes Di Piazza.

There’s work to do for VMware too, of course: A few years ago it didn’t have much of a cloud native/Kubernetes story for the market. But a series of acquisitions has changed that.

“In the past four years we grew from our NFV investment… The transition towards the cloud native and containerized world matches really well with our recent acquisitions of companies such as Heptio, Pivotal Software and Bitnami and we are now investing in automation, orchestration [and] intelligence… we are actually evolving our portfolio into something that is more complete, something that embraces the need for end-to-end automation, management, orchestration, lifecycle, policy…  because in many customer conversations we can see that things are about to become way more complicated.”

That portfolio evolution resulted in what VMware was last year calling Project Maestro, but which became generally available in February this year as VMware Telco Cloud Automation. 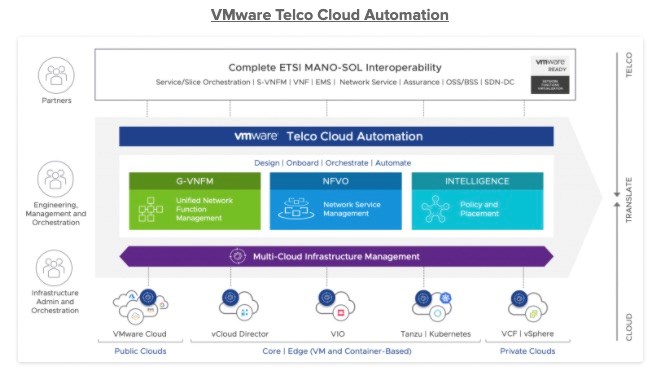 “You have centralized sites and distributed sites, near edge in the central office or far edge all the way to the radio access network (RAN), and with the RAN you have tens of thousands of endpoints, so think about the impact that will have on orchestration and automation. Our investments now are how to solve those problems, and this will be done sitting on the shoulders of the cloud native investments we made in the past couple of years,” says Di Piazza.

Key to the success of solutions such as VMware’s telco cloud automation offering is how it fits in with the integration efforts underway within operators. “The carriers are, de facto, becoming their own systems integrator as they undertake this digital transformation and I would argue that the network is at the heart of that transformation – this is their factory and they are building those [integration] skills in-house,” says the VMware exec.