AT&T video customer exodus could rise by 350,000 this quarter 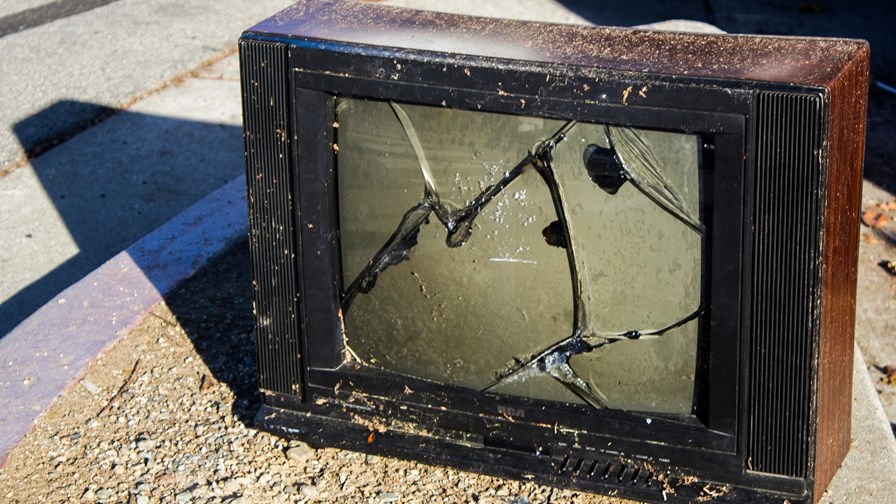 In a week where its entire strategy has been called into question, it perhaps wasn't the best time for AT&T to reiterate that it is losing video customers hand over fist.

Nonetheless, that is exactly what CFO John Stephens did at an investor conference on Wednesday. He said the US telco expects third quarter premium video customer losses to increase by 300,000-350,000 compared to the last quarter.

In that last quarter, AT&T lost 778,000 premium video customers. So, it looks like AT&T is on course to lose more than a million video subscribers in three months. Impressive, in a twisted kind of way.

Obviously it is prudent to keep investors informed of ongoing performance rather than wait to shock them on results day, but given the level of scrutiny AT&T is subject to right now, the timing is a little unfortunate, shall we say.

Stephens said the exodus is being driven by aggressive retransmission negotiations, resulting in some channels temporarily disappearing from its services. He reiterated that AT&T has also reined in the discounts. As AT&T has previously divulged, a lot of video customers are coming to the end of their promotional plans and therefore it's no surprise that some of them are heading for the exit.

It's not just bad news on the video subscriber front. AT&T's WarnerMedia unit hasn't quite been able to repeat the same blockbuster performance it enjoyed during the second half of 2018, when Warner Bros. apparently put out a large number of hit movies. As such, Warner's Q3 revenues are expected to be down by around $400 million year-on-year.

Stephens is bullish about 2020 though. He said by then, most of the bargain-hunting video customers will be shopping elsewhere. This will leave it with customers rich enough to afford the latest iteration of its premium video service, AT&T TV, which will roll out nationwide next year.

It's possible some of these bargain hunters will take a keen interest in Apple TV+. The iPhone maker shared details of its own streaming service this week. The most eye-catching information is the price: just $5 per month. Plus, anyone who buys a new Apple device will get a year of Apple TV+ absolutely free. Apple is not only undercutting AT&T, but also streaming giant Netflix, and content giant Disney's upcoming streaming service, which will cost $7 per month.

Back to AT&T's own adventures in video, and in addition to AT&T TV, the telco is also preparing to launch its HBO Max streaming service next spring. Of course, AT&T already has a streaming service, AT&T TV Now, which includes HBO programming, but is also somehow different from its other offerings.

Is there anyone out there who can present these very much overlapping services in a way that makes sense?

Fund manager Elliott seems to have its doubts. The activist investor this week revealed it has taken a $3.2 billion stake in AT&T because it believes that a shift in strategy could add around $60 to its share price by 2021.

The proposed change of direction could include divestitures. Elliott argues that any assets, including big ones like DirecTV, should be sold if there is no clear, strategic rationale for them being part of AT&T.

With a baffling array of video offerings, each with different tiers of service; growing competition in the streaming market; video customers leaving in droves; and an activist investor agitating for change, it looks like 2020 could be the year that makes or breaks AT&T in its current form.