TM Forum goes for a name (and mission) change 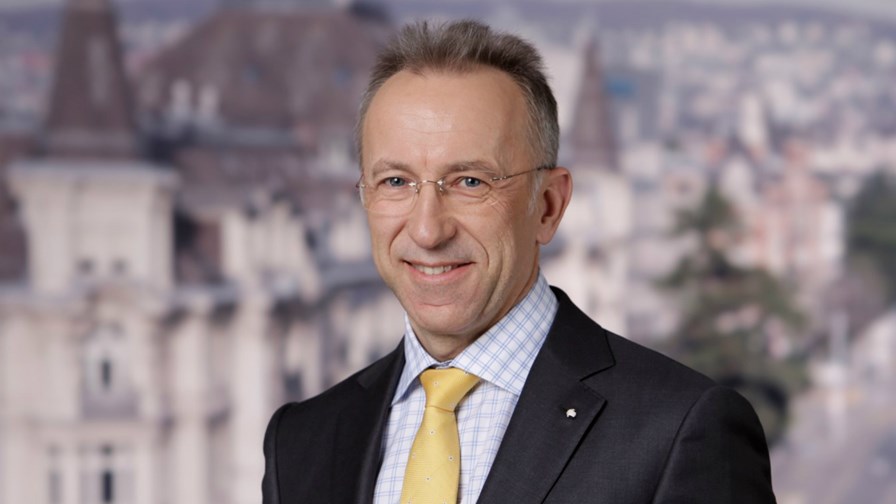 The TM Forum (Telemanagement Forum) is changing its name and updating its mission. It’s keeping the initials, says Peter Sany, the forum’s new president and CEO, but the ‘T’ will stand for transformation and the ‘M’ for either ‘management’ or ‘monetisation’... that’s still to be finally decided when the board meets at the organisation’s big annual get-together, TM Forum Live!, next week in Nice, France. The ‘Forum’ stays. Ian Scales caught up with Peter Sany in the run-up to Forum Live! (June 1 to 4) to talk about why a Transformation and Monetisation Forum might be the right organisation in the right place at the right time as the global economy heads towards an Internet of Everything.

So what’s the plan? Long story short, the TM Forum believes it has a contribution to make to the broader, increasingly online economy as the rest of the world tries to figure out all the issues the telecoms industry has already tackled and solved. Its standards and frameworks are mature and applicable, it claims, well beyond the confines of the telecoms industry.

“Framworx is  our base architecture,” says Peter Sany. “It’s the process models, data models and application models across the whole telco space. All the OSS/BSS applications are completely described and it has been adopted as a standard. You can take the whole thing and expand it, neutralise and re-implement it for Smart City, or for financial institutions, mobile car solutions and so on. “

Frameworx, formerly known as New Generation Operations Systems and Software (NGOSS), was built up over many years as a set of technical specifications to help communications service providers technologically manage their businesses, not just their networks. In particular it created a framework for the integration of Operations Support Systems (OSS) and Business Support Systems (BSS). The objective was and is to name and define all the moving parts in a telecoms/network operator IT estate and have any software subsequently written against the specification much more quickly and easily implemented and integrated with the other parts.

Then the resulting integration possibilities are  proved out by the forum’s ‘Catalyst ‘ programme - a series of “rapid fire proof-of-concept projects” which use the TM Forum framework of best practices and standards to concoct “innovative solutions to common industry challenges.”

“We are working in hacker’s mode,” says Peter. “It’s very much a reality-based mode rather than the old IEEE approach where engineers would take five years to come up with definitions only to find that the world had moved somewhere else.”

In many ways current ‘open’ framework-setting as adopted by the network functions virtualisation (NFV) community, the software defined networks (SDN) communities and many more, is pretty close to the approach the TM Forum has been following for years. ETSI’s  NFV ISG (Industry Specification Group), for instance, has a very similar line on consensual framework setting and has made a Catalyst-style Proof of Concept (PoC) programme, often involving multiple vendors, one of its main activity strands.

“The TM Forum has had a fantastic past and I feel strongly that we have a huge opportunity in front of us," says Peter. "Just consider:  it’s a huge achievement for the telecom industry just to agree standards. Most other industries never get this far.”

When I type ‘TM Forum’ into my word processor it unhelpfully produces the trademark™ sign, a classic case of over-enthusiastic predictive text and an example of how systems can go wrong when making contextual assumptions… or any assumptions. In this case it’s easily fixed (a backspace then a space) but it keeps happening because the system doesn’t learn. I have, in effect, to do my own ‘exception handling’ as this sort of hiccough might be called in the automated process world.

So looping back, if there’s been a fundamental criticism of the forum’s work -  and I’ve heard this voiced from the inside as well as from the outside - it’s that it has tended to make too tight a set of assumptions about who would use its guidelines and frameworks and what sort of business model they would probably be pursuing. Too much ‘assuming’ around context, in other words, just like my word processor.

At one time during an earlier association with the forum, I observed the subject matter experts being gently taken to task for not once mentioning the word ‘wholesale’ in an entire NGOSS, (now Frameworx), document. This was at a time when wholesale business models were assuming a new importance in telecom. The omission was flagged up as being emblematic of a deeper flaw. The default  NGOSS ‘context’ then was clearly the traditional, silo’d, vertically integrated fixed and mobile communications service provider - new competitive network operators, not so much; other industry sectors not at all.

Clearly that had to change if the forum and its work was to stay relevant as the industry broadened out to include new business models deploying new network technologies. Since about that time, a decade ago, there has been a concerted effort to flag up the forum’s work as applicable to a whole range of network and allied businesses. Peter’s approach is to  accelerate this evolution - hence the looming name-change. And he does so in the knowledge that that the broader IT industry - in fact the whole global economy - is now providing a strong tail wind as it hauls itself online.

“We are at a watering hole where fierce competitors -  both vendors and buyers - come together and that is quite unique because you usually have only a sub-group who get together to agree to beat up somebody else.”

But, he says, the industry no longer has the luxury to exclude technology on a  ‘not made here’ basis. “The longer this digital transformation goes on, the less anyone can do on their own. It’s too complicated and it would be too expensive. So this is a fundamentally new way of working. The digital transformation is absolutely necessary and it’s not just about costs - it enables something much more,” he says.

“There’s lots of evidence to indicate that we’re moving from an owning economy to a sharing economy - on a huge scale. At present very few people buy a whole airplane -  they buy a seat.”

And while most people today still buy a car, this looks like it’s going to change.

“Just as one obvious instance of the sharing economy, people will increasingly buy mobility not private cars because technology will make buying that mobility much easier and cheaper. You want to make a journey? You arrange a car deal on your mobile, find the car’s location on your mobile and unlock it through the phone as well.

“The point is that when you buy time on that car for say, $10, then the revenue has to be split amongst the multiple parties now involved - the app company, the owner of the car, the guy who rents the parking lot, an insurance company, the vetting of the hirer and so on.”

What appears to have become a simple process from the user’s point of view has actually become an atomised and highly complicated set of business processes with multiple moving parts for the entities involved. The services are provided across a mesh or web of providers, not across what we used to call a  value chain. And the multiple data transactions involved in a service delivery must be done in close to real time while remaining consistent, billable, non-repudiable, and secure. It all requires a framework for the various systems to be integrated to talk to each other…  enter the TM Forum and its Frameworx assets.

Peter maintains the forum is in an ideal position to be the body responsible for the underpinnings for “Connecting Digital Ecosystems” (the proposed tagline for the ‘Transformation Management Forum). He says his own long experience in industry and other vertical sectors, including a stint as chief information technology officer and member of the board at Swiss Life, has armed him with experience and contacts in many of the industry ‘verticals’ he wants to attract to the forum.

“The telco industry has actually already worked out all the processes around this sort of business model. We call it BSS (Business Support Systems), but our billing systems can be used in a many other applications.

So how does he persuade the new members to join?

"We will add more subject matter experts coming from the industries and we will change the forum because this is the way the world is headed.

Keep watching TelecomTV. We’ll be bringing you Video Interviews and Catalyst demonstrations from ™ Forum Live! in Nice all next week.