Is bigger always better, even in rural Texas? 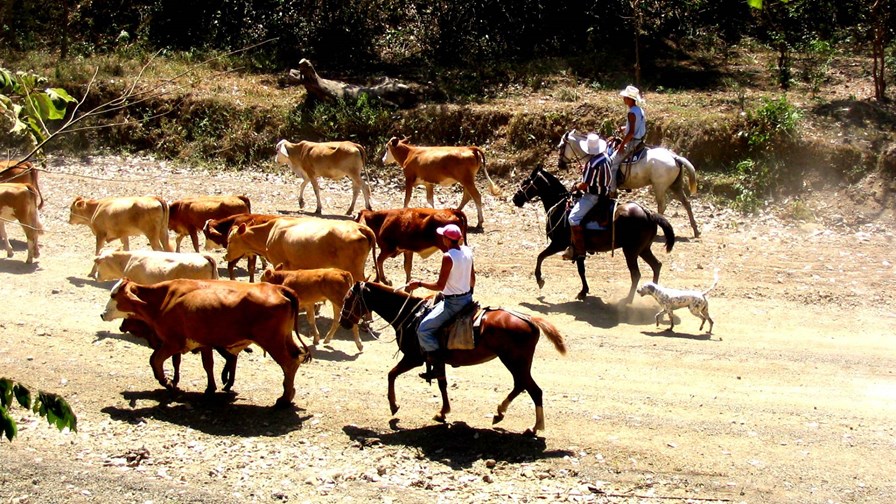 Things don’t appear to be going too well at US telco, Frontier Communications. Frontier sits at about eighth in the hierarchy of US broadband providers with approaching 4 million subscribers. It’s also sitting at about 11th in pay TV. All in all, it’s an inbetweener: nowhere near the size of a Verizon, an AT&T or a Comcast, but still big and sprawling enough to be forced to have fingers in most of the telecoms pies:  long distance, voice, wireless data, fibre and DSL.

Bloomberg reports that Frontier is now in big trouble with what it describes as a ‘crushing’ debt load and restless shareholders, even as the company completes a major restructuring.

Frontier is not alone, there are other similar rural telecom providers facing business model problems for apparently similar reasons, but Frontier is the rural telco poster child.  Despite millions of dollars in government subsidy provided to promote rural broadband, the US rural/urban gap not only persists but gets worse

What seems to be the problem?

The immediate problem for Frontier is that while it’s still relying on wireline services, its customers aren’t. Wireline revenue is shrinking and at the same time Frontier is under constant attack for poor service and a lack of investment in its networks.

But looking at Frontier’s specific circumstances may not be enough - there’s a systemic problem too.

There are now distinct signs that Frontier’s sort of sprawl (both geographic and technological) does not an efficient business model make, unless you are as huge as AT&T (and even then it’s debatable).

So now some voices are asking if rural USA needs to have access to a different set of business models -  the current ones just aren’t working.

How did Frontier get here?

What became Frontier Communications grew steadily from WW2 by serving rural communities. A few name changes later, it put on a growth spurt in the 1990s when it started buying up the legacy wired networks that other telcos decided they no longer wanted, and added hundreds of thousands of rural lines to its total. Eventually it even won big tranches of wireline access network that Verizon and AT&T no longer saw as ‘strategic’.

Now, as its difficulties deepen, there is Inevitably mumblings of a looming refresh of the company’s top management, and talk of a fiscal crunch when bonds become due and talk of  Chapter 11 creditor protection rises.

According to Bloomberg, if Frontier were to be forced into a restructuring now it could result in the biggest shareholder and bondholder mass haircut since the heady days of 2002 when Worldcom bit the dust.

If that were to happen it may well be an inflection point for the US rural telecoms industry to get its act together, in the same way that Worldcom and other scandals at the time stimulated a rethink 20 years ago.

One body, the US Institute for Local Self Reliance (ILSR) hopes (and it’s not alone) that rural America will take matters into its own political hands and move away from “monopoly Internet service providers and rely instead on local service providers to deliver high-speed connectivity instead.” And it uses Frontier as exhibit ‘A’

“Despite raking in hundreds of millions in government broadband subsidies, Frontier Communications has failed time and time again to bring reliable, high-speed connectivity to the rural communities it serves. Instead of investing in network upgrades, Frontier has neglected its rural infrastructure to the detriment of its subscribers and the company’s own financials, with its worsening service quality paralleling its plummeting stock value,” it claims.

The institute points out that Federal and state government agencies have given Frontier nearly $2 billion to expand and upgrade its rural broadband networks. It alleges it has received approximately $1.7 billion from the Connect America Fund Phase II federal subsidy program and millions more in grants from states like Minnesota and New York.

Even with the subsidies, it says, Frontier ultimately failed to connect rural communities with high-quality broadband. The company has repeatedly chosen not to upgrade rural networks, leaving subscribers with poor, unreliable service that doesn’t fulfill their basic communications needs.

“These examples make a strong case as to why state and local officials should look to local providers to connect their communities, instead of continuing to reward Frontier for disinvesting in rural America,” it states.

So would a change to local providers and local political control over them help solve the rural broadband problem in the US? Drop me an email ([email protected]) if you agree, drop me an even sterner one if you disagree.