Vodafone today confirmed that its entire European operations – including mobile and fixed networks, data centres, retail and offices – will be 100% powered by electricity from renewable sources from 1 July 2021, marking a key step towards Vodafone’s goal of reducing its own carbon emissions to ‘net zero’ by 2030 and across the company’s entire value chain by 2040.*

Vodafone will celebrate the milestone across Europe and raise awareness of its green network with a simultaneous consumer campaign that will include Vodafone’s iconic brand turning ‘green’ across key digital and social channels in 12 markets.

In the last year, Vodafone has continued to make significant progress towards ensuring the greening of the company’s own activities, while accelerating the role that Vodafone’s digital networks and technologies play in helping to address climate change. In July 2020, Vodafone brought forward its plan to purchase 100% renewable electricity in Europe to July 2021 from its previous target of 2025 and is committed to achieving the same step-change in Africa by 2025.

Vodafone Group CEO Nick Read said: “From 1 July 2021, Vodafone’s customers across Europe can be reassured that the connectivity they use is entirely powered by electricity from renewable sources. This is a major milestone towards our goal of reducing our own global carbon emissions to net zero by 2030, helping our customers reduce their own environmental footprint and continuing to build an inclusive and sustainable digital society in all of our markets.”

During the last year, Vodafone reduced its total Scope 1 and 2 greenhouse gas emissions by 30% year on year, to 1.37 million tonnes of CO2e (carbon dioxide equivalent), driven by Vodafone’s ongoing focus on energy efficiency and an increase in the proportion of renewable electricity purchased in Europe from 33% in FY20 to 80% in FY21. 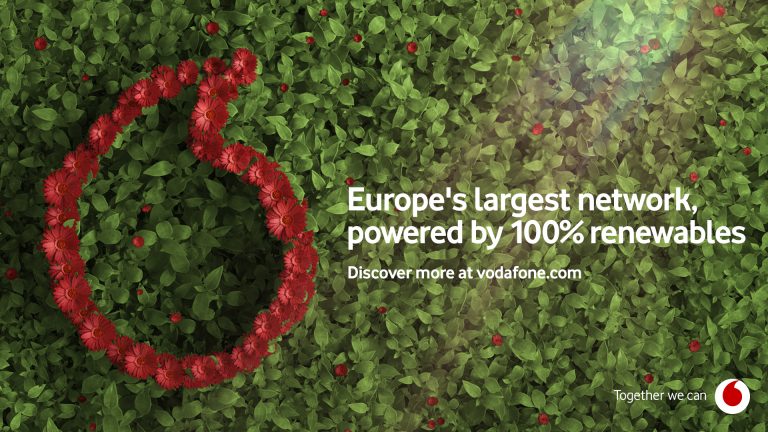 Vodafone’s energy use has remained broadly flat during the last year, despite a 47% year-on-year increase in mobile data traffic over the same period from 7,983 petabytes (PB) in FY20 to 11,714PB in FY21. This is due to increased use of more energy efficient mobile technology and analytics, including M-MIMO that is approximately 70% more efficient than 4G.

Vodafone’s efforts have been recognised by global environmental non-profit organisation CDP for its decisive actions and transparency on environmental impact, securing a place on CDP’s climate change ‘A List’.

Enabling Vodafone’s customers to reduce their own emissions

In July 2020, Vodafone committed to helping its business customers reduce their own carbon emissions by a cumulative total of 350 million tonnes globally over 10 years between 2020 and 2030 – equivalent to Italy’s total annual carbon emissions for 2019. Most of this saving will be made through Vodafone’s Internet of Things (IoT) service, which improves the efficiency of logistics and fleet management, smart meters, manufacturing and other activities.

The Carbon Trust has calculated that Vodafone enabled its customers to avoid an estimated 7.1 million tonnes of CO2e during FY21, with more than 54% of Vodafone’s 123 million IoT connections directly enabling customers to reduce their own emissions.

In March 2021, Vodafone became a founding member of the European Green Digital Coalition, which brings together ICT sector companies to work with EU policymakers and experts to drive investment in, and implementation of, digital solutions in action against climate change.

Reducing waste and helping to build a circular economy

Vodafone has pledged to reuse, resell or recycle 100% of the company’s network waste by 2025. Vodafone has implemented resource efficiency and waste disposal management programmes across every market to minimise the environmental impact of network waste and redundant IT equipment.

98.7% of Vodafone’s network waste, excluding hazardous waste, was sent for reuse and recycling during FY21, with an overall reduction in network waste year-on-year of 22.5% to 6,307 tonnes from 8,138 tonnes in FY20.

In 2020, Vodafone launched an internal asset marketplace that encourages Vodafone’s markets to re-sell and re-purpose excess stock or large decommissioned electrical items like masts and antennae. This has avoided over 1,250 tonnes of CO2e, saving more than €10m in the process. Vodafone is currently assessing the possibility of expanding the solution to partner markets and other operators. 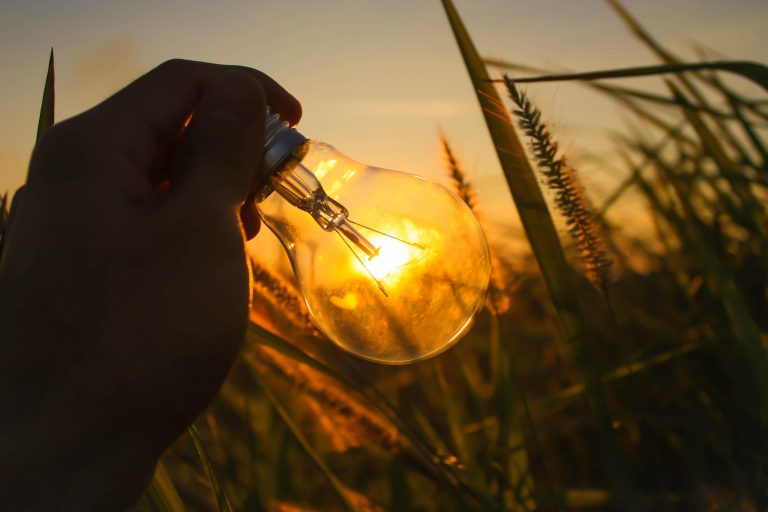 Vodafone supports the move towards a fully circular economy for devices sold to customers and has accelerated initiatives to extend the lifespan of devices through repair, refurbishment and resale before encouraging the responsible recycling of devices at the end of their useful life. Most Vodafone markets already operate trade-in and device buyback schemes and repair services to encourage customers to repair or return their old devices. Vodafone is striving to refurbish and reuse fixed-line equipment multiple times, with significant associated environmental and cost savings.

In 2021, Vodafone joined the Circular Electronics Partnership, which brings together leaders across the value chain – from manufacturing, reverse logistics, material recovery, to e-waste management – to drive circularity solutions for electronics.

In May 2021, Vodafone joined forces with four of Europe’s leading network operators to launch a new pan-industry Eco Rating labelling scheme to help consumers identify and compare the most sustainable mobile phones and encourage suppliers to reduce the environmental impact of their devices. 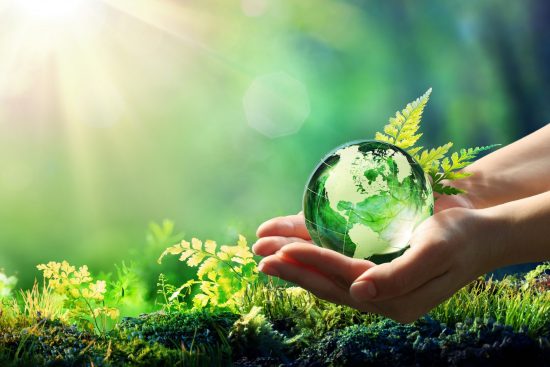 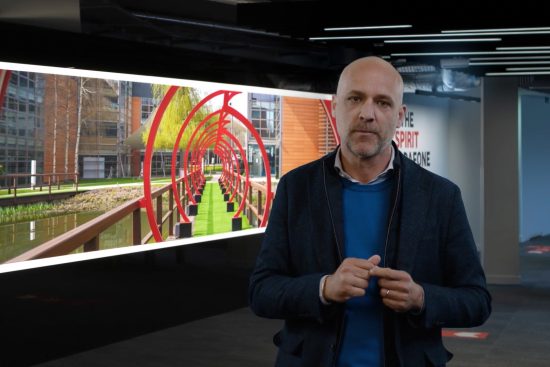 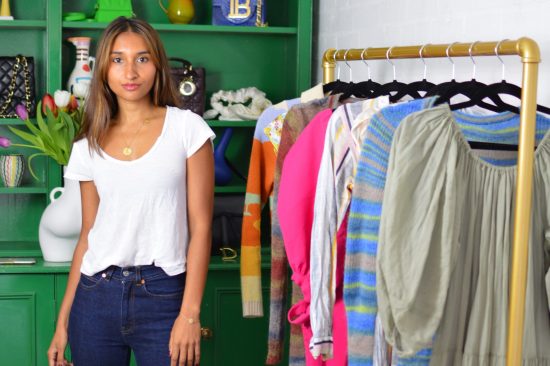 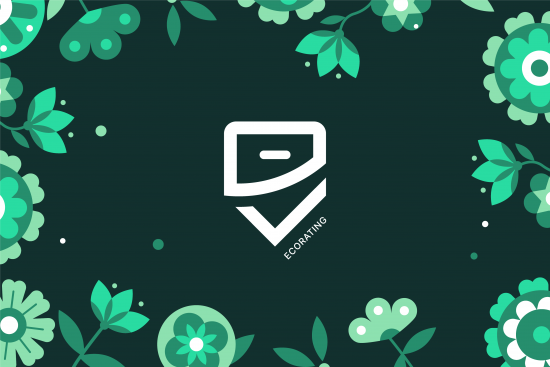 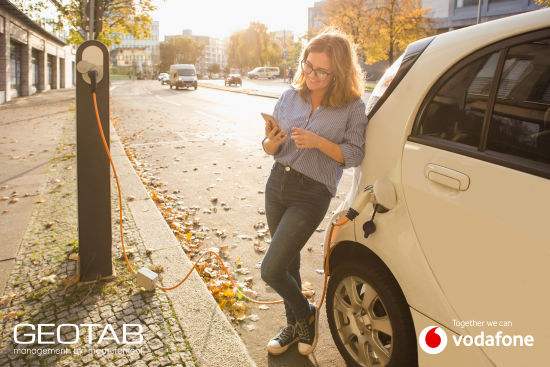 How data is helping us drive towards a cleaner, greener world

Vodafone UK is a technology communications company that connects people, businesses and devices to help our customers benefit from digital innovation. Our services span mobile, fixed line connections, home and office broadband, and the Internet of Things (IoT).

We have a strong track record as a tech pioneer, making the UK’s first mobile phone call, sending the first text message, and making the UK’s first live holographic call using 5G in 2018. We were also the first to start carrying live 5G traffic from a site in Salford, Greater Manchester. As of June 2021, we have 5G in 340 locations across Europe – 100 in the UK and 240 across Germany, Spain, Italy and Ireland.

Our 4G network coverage currently reaches over 99% of the UK population. And in October 2020, Vodafone was named Network Provider of the Year by readers of leading technology advice website, Trusted Reviews.