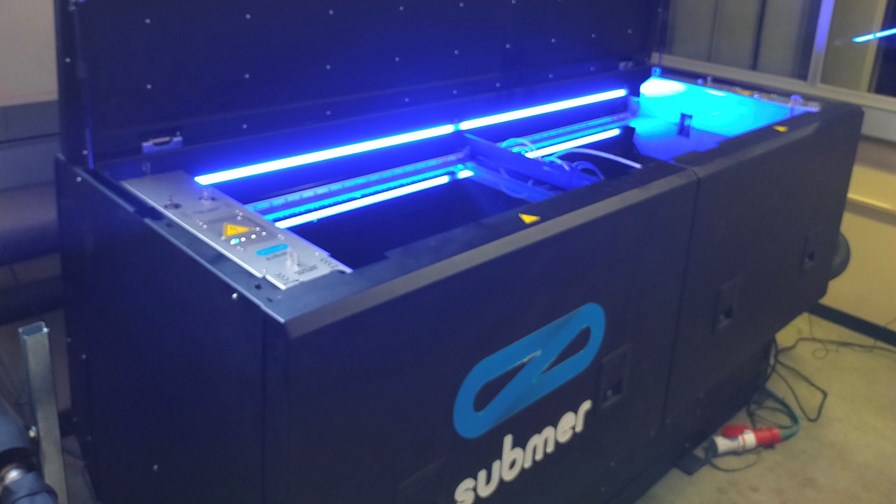 No, it isn't a giant scanner... it's the immersion cooling solution tested by Telefónica in a Madrid central office.

Here’s some encouraging news for the end of another challenging year... Telefónica has tested a new liquid cooling system developed by specialist firm Submer that, according to the operator, has the potential to increase the energy efficiency of facilities such as central offices and data centres by up to 50%.

The system looks like a giant scanner (see the picture above) but it is an immersion cooling unit that Telefónica has put through its paces at its Bellas Vistas central office in the Spanish capital of Madrid as part of its efforts to identify new systems that can help it reach its carbon footprint reduction goals.

The operator says it has, to date, widely deployed the method of ‘free cooling’ at its various buildings and facilities, including base stations, whereby air from outside the facilities is circulated to help cool equipment and help reduce energy consumption by up to 30%. But this is only viable when it’s cool outside – when it is too warm outside, cooling systems still need to be deployed inside the facilities.

This is where Submer’s system comes into play, as Telefónica says it can “increase energy efficiency by up to 50%, reduce carbon emissions from the use of refrigerant gases, reduce the footprint and improve the total cost of ownership (TCO) of data centres.”

And we really are talking about immersion here, rather than air colling. As the operator explains in this announcement, “servers are immersed in tanks with an electrically non-conductive liquid that improves heat transfer... the fluid in direct contact with the server chips, which operate between 70 and 90 degrees, absorbs the heat and dissipates it through heat exchangers installed on the outside. Finally, the solution deployed eliminates the use of refrigerant gas, and its associated carbon emissions, since, unlike traditional systems, immersion cooling does not require chiller plants.”

At the Bellas Vistas central office, Telefónica says a full range of IT equipment, “such as storage and processing servers and communication equipment, has been installed (submerged)” in a Submer SmartPod with a 50kW capacity that meets the TIER III reliability requirements as defined by Uptime.

“Sustainability criteria are essential to Telefónica when choosing any technology to incorporate into our networks and systems,” noted Telefónica CTIO Enrique Blanco, a long-time champion of green network technologies. “Our goal is to provide excellent connectivity while doing it in an efficient way, with low energy usage and reduced carbon emissions. The liquid immersion cooling solution will allow us to continue to control energy consumption as traffic grows exponentially,” he added.

This is exactly the kind of development the whole industry needs to know about as it strives to reduce its carbon footprint and find more efficient ways to operate, especially as networks become more and more distributed.