To interop or not to interop? Is Matrix.org the answer for silo’d comms services? 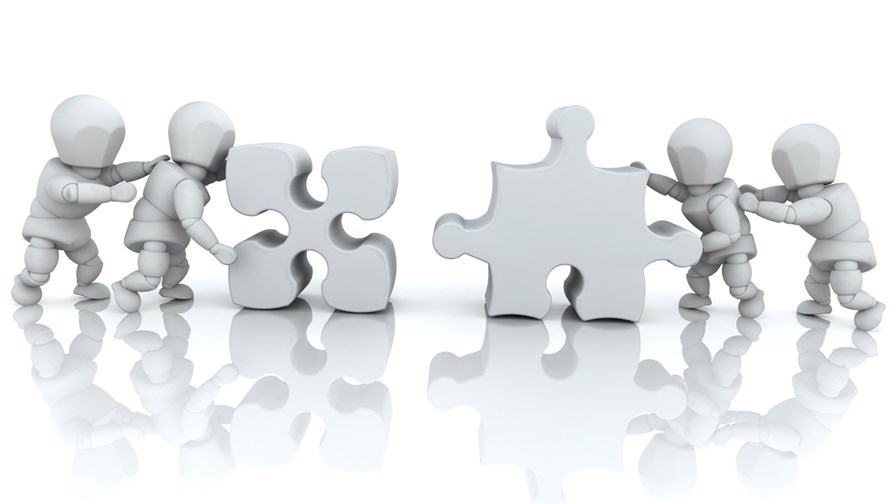 Mobile operators have been head-scratching over communications services for several years. The refrain is usually along the lines of ‘how can we ‘fight back’ against OTT challengers?’ when voice, messaging and increasingly video, is being brought to users by companies such as WhatsApp, Skype, Viber, Google and Facebook. How can network operators stay in the game, at the very least to maintain visibility if not to make some money?

The usual answer involves the GSMA’s Rich Communications Services (RCS) designed as ‘the platform that enables the delivery of communication experiences beyond voice and SMS, providing consumers with instant messaging or chat, live video and file sharing – across devices, on any network.’

Except that it really hasn’t. There have been RCS service launches but their impact has been minimal and services like WhatsApp and Facebook Messenger have kept on growing.

Why? One of RCS’ most trenchant critics is UK-based consultant Dean Bubley of Disruptive Analysis who has been closely following RCS  developments (or non-developments) since 2008. Most of that time, he maintains, RCS has been a zombie. His criticisms include RCS' its almost total lack of traction amongst users and telcos, its being engineered for the network rather than designed for the user; its having a “bunch of expensive and complex moving parts using obscure and inaccessible protocols"; and  - the ultimate damnation - being expensive to deploy but having no business model apart from being given away for free. He prophesies ‘perpetual failure’ for the initiative.

“In my view, the industry needs to stop messing around with RCS, and kill it loudly and clearly. It needs to die with a bang, not a whimper,” writes Dean.

But if RCS is a zombie, what’s the alternative? Supporters of RCS usually point out that without it, or something like it, users may be forever condemned to walled garden silos and will enjoy little or no messaging or conversations ‘between’ services. One, dominant telco-delivered service, it's argued, might solve that problem.

But do users actually want interoperable services? Or are they very happy using different ‘fragmented’ services for different uses and even for different sets of friends and contacts? Especially when other services or on-board applications can be used to aggregate the message flow?

For instance, here on TelecomTV we’re now using the online application ‘Slack’ to pull together all our incoming messages and notifications from different services and it works very well for our particular purposes, being an approach that provides the best of both worlds - maintaining individual message and notification streams without forcing us to compromise on adopting any particular messaging environment (were one to be available).

But there may be a better compromise than this, according to Matthew Hodgson of Amdocs who co-founded (with Amandine Le Pape, also of Amdocs) an open source project, Matrix.org. The project has a team of around 10 developers working together on defining the Matrix open standard and developing the open source reference client and server implementations.

The goal is to build a platform on which developers could create and host their own real-time communication apps that, by design, could then openly interoperate with one another. The stress is on the interoperability piece, leaving the service-specific features and differentiators as free from constraint as possible. And, says Matrix.org, the open source code is there to enable existing communications services to adopt the technology to ‘join in’ and federate to become more interoperable with their peers. The goal is break down the walls between today’s communication silos, and make VoIP and IM as ubiquitous and open as email, it claims.

“If you want to compete with the OTTs you need to use OTT technologies and approaches and the power of open source,” Matthew told me.  With the right bits of integration “telcos can also leverage PSTN capabilities, their billing relationships, and provide SLAs and quality-of-service on the backbone,” he maintains.

This sounds promising but it’s also imporant to keep in mind that an increasing proportion of messages don’t flow from individual to individual  -  the classic telco starting point - but come as automatic notifications from other apps and services, a fact which might change the nature of the problem.

Dean Bubley thinks Matrix has potential too, “I can see some instances where federation might be useful. However, I think it oversells as to how often interop is actually necessary or useful,” he says.

Find out more about Matrix.org