Spectrum, spectrum everywhere, and not a Hertz to use 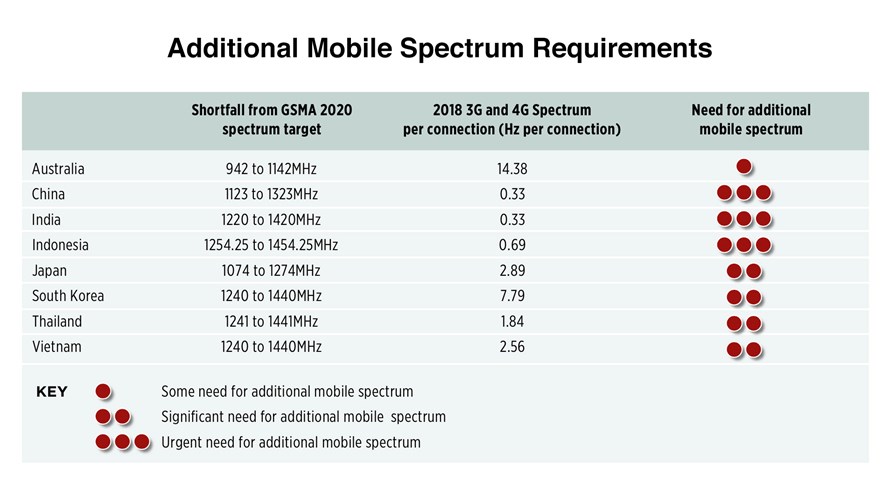 With apologies to Samuel Taylor Coleridge, it’s time yet again for the Whine of the Ancient Mobile Operator. Like the poet’s ancient mariner, our mobile operator friends have been on quite a voyage – they started full of cheer and good fortune, but then found themselves fighting the fates as the swell of mobile data threatened to overwhelm them and see an end to their financial successes.

“There’s a spectrum crisis!” cry one set of operators. “No there isn’t!” cry another set, usually second tier ones who don’t want to see the larger players make a land grab for more of the limited spectrum resource. The truth is, we could always do with more spectrum, but at the same time we can make far better use of what we have – both approaches are necessary in the long run; it’s not a choice of one over the other. But all the while that mobile data usage keeps increasing, regulators are going to relent to pressure and allocate more spectrum to mobile broadband services.

The UK has done just that. Yesterday, Ofcom announced that it would make spectrum in the 700MHz band available for mobile broadband use by 2022 (or 2020, if things go well). This spectrum is currently being used by digital terrestrial TV and users of wireless microphones, but Ofcom doesn’t foresee a problem, insisting that TV viewers won’t have to endure yet another “digital switch-over” (claiming just 0.5 per cent of households might need to change their aerials after 2019) and theatres and venues can continue using their wireless microphones (although they will have to switch channels).

Justifying its decision, Ofcom quotes research findings that suggest the demand for mobile data could be 45 times higher by 2030 than it is today, and that mobile service providers will need access to more spectrum to meet this demand. Which is why it is also looking to release further spectrum – 190MHz worth – in the 2.3GHz and 3.4GHz bands. This isn’t yet a done deal, but an auction is planned for late 2015 or early 2016.

“This is a crucial next step in the development of the UK's communications infrastructure,” said Ed Richards, Ofcom Chief Executive. “This decision ensures that we are making the raw materials available with which investors and companies can build the services which will support the digital economy of the future. More spectrum will be available for mobile broadband where demand is especially high, but the UK will retain a competitive terrestrial television platform as well.”

Meanwhile, the mobile operators’ trade association, the GSMA, has published a new report on spectrum requirements in Asia-Pacific, with research conducted by Analysys Mason. It says that increased broadband connections in Asia Pacific will generate $1.2 trillion of GDP growth and create up to 35 million new jobs by 2020. But (and there’s always a but) this opportunity can only be realised if governments act now to release existing harmonised mobile spectrum bands and allocate more spectrum to meet rising demand and support the development of new mobile services in the longer term.

The report predicts that there will be 3 billion mobile broadband (3G and 4G) connections in Asia Pacific by 2020, consuming over 50,000 petabytes of data per year. To support this capacity and the demand for ever-faster download speeds, operators are turning to carrier aggregation techniques, combining different frequency bands for a single LTE service – another reason, say the GSMA, for more spectrum. In fact, the GSMA predicts a global shortfall of mobile spectrum of between 600 to 800MHz (and to put that in context, Ofcom’s decision to release 190MHz of new spectrum is still massively short of what the GSMA wants).

Next year, telecoms regulators will convene for the ITU’s World Radiocommunications Conference (WRC-15) to negotiate new spectrum policies; a reason why the GSMA and many others are increasing their lobbying efforts, to ensure that governments understand the economic role of mobile broadband and the resources the industry needs in order to help realise these gains.

“We urge governments to make a clear and strong call for significantly more spectrum for mobile, to promote the future growth of their countries’ digital economies and to enhance the lives of their citizens through widespread access to digital services and, hence, greater social inclusion,” said Tom Phillips, Chief Regulatory Officer at the GSMA.