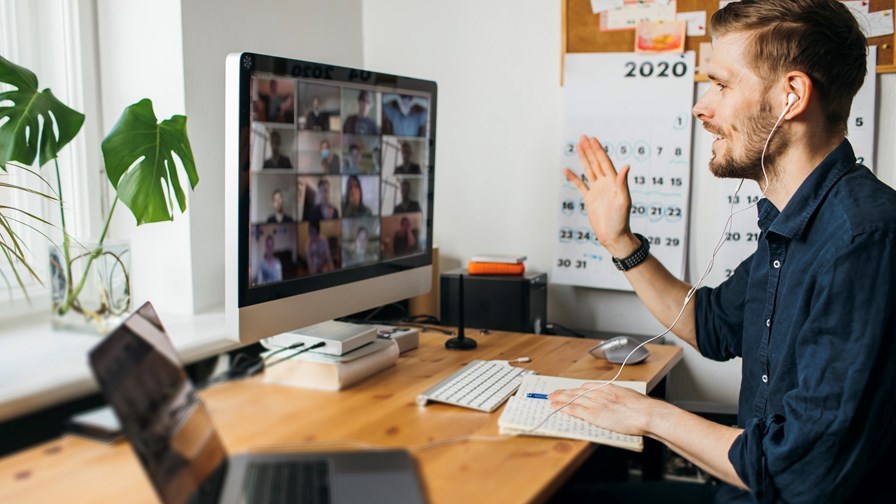 The Covid-19 pandemic propelled much of the world of work into a world of ‘working from home’ (WFH) and when the lockdowns ended, many workers, although happy to return to the office, had mixed feelings. While WFH was sometimes accompanied by feelings of isolation and a growing awareness of being ‘out of touch’ with colleagues, most work-from-homers reported some major plus-points, such as reduced commuting, being able to work with fewer distractions, and a feeling of greater autonomy.

Not surprisingly, post-pandemic surveys showed that many locked-down and working from home employees wanted to keep some features of the experience, while many managements, heartened by their organisation’s performance through the pandemic, had become convinced of the benefits of flexible working arrangements, which could accrue benefits for both sides by blending remote/home working with at least some time spent at the office. The ‘loneliness of the long-distance worker’ problem could be resolved by reserving a negotiable number of days or hours per week or month for office time, during which employees could be made to feel part of a team and could share light-bulb moments with each other over the photocopier or in the staff canteen.

Enter the hybrid-working concept: By no means a pandemic innovation (some of us have been hybrid working for years), but now a respectable work regime and even (in some jurisdictions, such as the Netherlands) soon to be a ‘right’.

Teleworking/telecommuting – as we used to call working from home – really got its technological start with the advent of PCs, modems and email, the arrival of which in the 1980s meant that those who made their living by chasing words and numbers around a screen could send their work to the office across a phone line. It was slow, insecure and unreliable, but it was better than slipping a floppy disk into the mail. Home-working capabilities were gradually enriched through the 1990s and 2000s with faster dial-up services, chat services and full-featured email, all turbo-charged by ISDN, further boosted broadband and garnished with video conferencing to the desktop. In parallel, we saw the arrival of properly portable (rather than just luggable) PCs with highly functional software, such as advanced graphical design applications.

As a result, many of the necessary technology components were in place to support full working from home just in time for Covid-19 to strike in 2020. Now the next step is to provide services to support hybrid working for the long haul, with heightened security to counter the increased vulnerabilities of a dispersed online workforce.

According to a new report by London-based consultancy STL, hybrid working represents a massive opportunity for telcos and they should grasp it with both hands. Many observers maintain that key telecom technologies are maturing at just the right moment to assist the telco cause, with 5G becoming ubiquitous in many developed countries, and cloud-based software-as-a-services (SaaS) lining up to be one of 5G’s killer apps – Get more information on STL’s Empowering hybrid working report here.

”SaaS looks like the acceleration engine for 5G and beyond,” according to Mark Bunn, vice president of SaaS business operations at Nokia Cloud and Network Services, talking with Yanitsa Boyadzhieva on the future of the SaaS market.

Signs that telcos are heeding the call

Certainly there can be few worries now about the strength of the WFH opportunity. Where there used to be a conviction held by many industry leaders that once the Covid risk had diminished employees would flock back to the workplace, it’s turned out that while some ‘flocking’ has taken place, the desire and expectation for hybrid-work arrangements has remained strong and some research shows that office occupation levels in some places have fallen markedly with demand remaining low.

London law firm, Boodle Hatfield, claims its research shows that roughly 1.8 million square metres of office floorspace, equivalent to 248 football pitches, was taken out of use in London’s City financial district in the past year. That move was largely due to hybrid working enabling companies to eliminate desks to save on floor space.

Work is where your laptop is

In terms of attitudes to hybrid working and whether or not it is more than just a flash in the pan, STL has conducted a global enterprise survey involving 400 enterprises and 11 telecom operators, and claims the results “confirmed what we have already observed anecdotally and in existing studies – hybrid working is here to stay – with employees apparently embracing change with open arms, with ~ 79% of survey respondents indicating that their their teams have some members working from the office/on-site and some working from home/remotely. In fact, the majority of employees surveyed (54%) claim to have some autonomy over the location from where they work while a further 36% indicate that they have total autonomy over this issue.”

Interestingly, telecom operators themselves echoed the findings, claims STL, with all 11 interviewees mentioning that they practise hybrid working.

When it came to employees’ experiences with hybrid working, a full 91% of respondents said that overall it had been positive.

Security, as always, is the hurdle

Security is somewhere near the top of the telco requirements list for tackling the WFH market and, from the corporate perspective, it’s probably the one issue poised to snag the full-blooded development of the area. Appledore points out in its recent ‘Automated, Managed Security Market Forecast’ that all the ingredients appear to be in place for telcos to take a lead in managed security for businesses, but success is predicated on a couple of important hurdles being cleared. It says telcos must follow through on AI-supported automation since offering security at scale in a fast-changing threat landscape means manual processes just won’t cut it. It also finds that telcos must become experts at bundling applications and services – easier written than done of course.

The importance of harnessing security to network services to build out a WFH capability underpins an initiative by Telefónica Tech and Fortinet, with the launch of FlexWAN marrying Fortinet’s security smarts with Telefónica Tech’s networking expertise to launch a global secure software-defined wide area network (SD-WAN). Spain will have access first, the rest of Europe and the Americas after that. The idea, says Telefónica, is to provide an offering that aims to extend the security and quality of experience expected of office-based network applications out to employees’ homes, so they can easily move to working from home when and if required (or when they want to).

Ideally, advanced networking applications, such as FlexWAN and software-as-a-service (SaaS), properly implemented via 5G, should close the final experience gap between home and office. Perhaps proof could be certified by a hybrid working Turing test. Once an independent appraiser is unable to distinguish a performance difference between the work carried out at home and that accomplished in the office via the same system, a transparent working-from-home experience can be certified, minus the all-important water cooler social experience, of course.