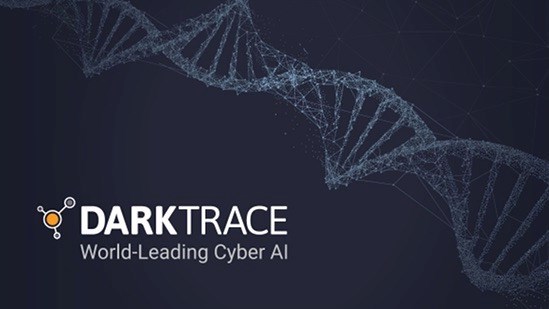 A cybersecurity IPO and some advanced networking components lead the way in today’s news roundup.

AI-enabled cybersecurity specialist Darktrace is preparing for an IPO on the London Stock Exchange to “raise proceeds to accelerate new product development, drive broader awareness of the Company’s products globally and to provide balance sheet strength and financial flexibility.” It says its “next phase of product development is focusing on prevention and cyber compliance using automated penetration testing and cyber hygiene compliance, as well as self-healing and self-remediating technologies. In collaboration with Darktrace’s current offerings, these products aim to offer a full ‘closed loop’ AI platform operating at machine speed.” Its revenues for the 12 months to 30 June 2020 were up 45% year-on-year to $199 million and it ended 2020 with 4,677 customers (including telcos such as BT) in more than 100 countries. Darktrace is one of the companies highlighted by research house Futuriom in its recent report highlighting 40 companies of importance (and likely to be acquired or IPO) in the cloud communications and infrastructure market. (See Cloud networking and tech sector ripe for M&A: Report.)

There may be a global chip shortage, but there was no shortage of chip news at NVIDIA’s GTC conference, which the chip giant opened by making more than 30 announcements about new products, applications and partnerships. For the telecoms sector the pick of the bunch is the news that NVIDIA is working with Fujitsu, Google Cloud, Mavenir, Radisys and Wind River to develop solutions for its NVIDIA AI-on-5G platform, which brings together 5G radio access network and edge AI computing on a single platform. According to the chip developer, the “AI-on-5G platform leverages the NVIDIA Aerial™ software development kit with the NVIDIA BlueField®-2 A100 — a converged card that combines GPUs and DPUs including NVIDIA’s “5T for 5G” solution. This creates high-performance 5G RAN and AI applications in an optimal platform to manage precision manufacturing robots, automated guided vehicles, drones, wireless cameras, self-checkout aisles and hundreds of other transformational projects.” There’s lots to digest in this announcement, including the details of how NVIDIA is working with each partner: For example, Fujitsu is developing a 5G Open RAN system for the Sub-6 GHz band which will be further enhanced in collaboration with NVIDIA to support the needs of Japanese operator NTT DOCOMO and other telcos. “Fujitsu is committed to developing Open RAN solutions for global operators based on NVIDIA’s Aerial AI-on-5G and its accelerated GPU and DPU solutions,” said Masaki Taniguchi, senior vice president and head of the Mobile System Business Unit at Fujitsu. “Network operators, including NTT DOCOMO, are asking for hyperconverged and software-defined 5G vRAN systems to deliver innovative solutions to their customers.” Read more.

Brazilian operator Oi has accepted a 12.9 billion Brazilian real ($2.25 billion) bid for a 57.9% stake in its fixed access network unit InfraCo from investment bank BTG Pactual, reports BNamericas. If the deal goes through, InfraCo would be merged with BTG’s subsea network company GlobeNet, but other bidders for InfraCo, which aims to pass 32 million Brazilian homes with fibre by 2025, might trump BTG’s bid in an upcoming auction process. Oi, which is raising funds by selling off various assets, previously agreed to sell its mobile business to a consortium of TIM Brasil, Telefônica Brasil (VIVO) and Claro.

Europe’s smart home market recovered during the second half of 2020 after a decline in the first half of the year: In the fourth quarter the smart home market in Europe grew 12.2% compared to the same period of 2019, with 41.3 million units shipped to the region in the October-December period, according to research firm IDC. Read more.

Verizon has agreed deals with tower companies Crown Castle and SBA to “speed deployment of C-band equipment in preparation for the launch of 5G Ultra Wideband and fixed wireless broadband service on this newly acquired spectrum,” the US operator giant announced in this press release.