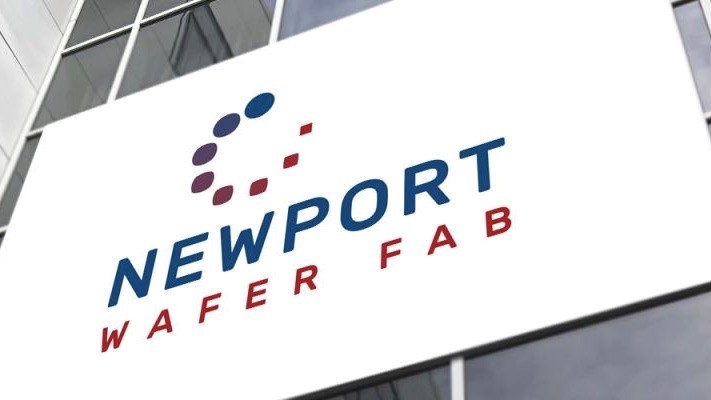 More than a year after the UK’s largest semiconductor production plant, Newport Wafer Fab, was acquired by Chinese-owned Dutch firm Nexperia for £63m, the UK government has ruled the acquisition is a “risk to national security” and has ordered Nexperia to sell the Duffryn, Wales-based company, a decision Nexperia says is “wrong” and it will appeal.

The decision concludes a process that, from its inception, took 16 months and has delivered few (if any) positive outcomes for any of the parties involved.

Nexperia, a semiconductor manufacturer based in Nijmegen in the Netherlands, but 100% owned by Wingtech of Shanghai, China, acquired the 86% of Newport Wafer Lab in early July 2021. The deal was given the green light because, at the time, the UK government minister with oversight of such matters, Secretary of State for Business, Energy and Industrial Strategy, Kwasi Kwarteng, described the acquisition as “insignificant” even though the Welsh chip plant held multiple UK government contracts. Kwarteng’s ineptitude has since, of course, generated much bigger headlines – see Economist Blasts The 'Raging Incompetence' Of Truss And Kwarteng and Liz Truss sacks Kwasi Kwarteng before corporation tax U-turn.

But the deal’s closure, which came as the world continued to suffer a chip shortage and countries and economic regions were talking of expanding (not selling) their chip-making facilities, raised immediate concerns and within days the then UK Prime Minister Boris Johnson initiated a security review, even though the stable door had been closed and the horse had bolted – see Security concerns spark review of UK chip fab purchase by Chinese-owned firm.

Fast-forward nine months, and Kwarteng finally initiated, in late May, a “full national security assessment” under the National Security and Investment Act. The review was due to last just 30 days, with the possibility of being extended to 75 days under certain circumstances – see British government cites security concerns as it probes Drahi’s BT stake and the sale of Newport Wafer Fab.

The review process, which ultimately required an extension to the extension and ended up taking almost six months, was the catalyst for a war of words between associates of Nexperia and Newport Wafer Lab, which the Chinese-owned Dutch firm renamed Nexperia Newport Limited (NNL) – see Newport Wafer Fab takeover arguments turn nasty.

Now the review is over and Nexperia has been ordered by the UK government’s Department of Business, Energy and Industrial Strategy, headed up by minister Grant Shapps, to “sell at least 86% of NNL within a specified period and by following a specified process,” though the government announcement didn’t provide details of the timeline or process.

Nexperia says it is “shocked by the UK government’s decision to order the divestment of 86% of its semiconductor wafer factory in South Wales, known as Newport Wafer Fab (NWF), despite the acquisition being cleared by two previous security reviews. Nexperia does not accept the national security concerns raised… The UK government chose not to enter into a meaningful dialogue with Nexperia or even visit the Newport site. More than 500 employees in Newport also raised their own significant concerns about such a divestment – the government has chosen not to listen to them and instead taken this decision which puts the livelihoods of them and their families, as well as more than £100m of taxpayers' money, completely unnecessarily at risk. Nexperia will now challenge the order and will do everything possible to keep the factory and protect its employees in South Wales.”

The company added in a lengthy statement: “We are genuinely shocked. The decision is wrong, and we will appeal to overturn this divestment order to protect the over 500 jobs at Newport. This decision sends a clear signal that the UK is closed for business. The UK is not Levelling Up but Levelling Down communities like South Wales.

“We will appeal this wholly incorrect decision. We are hugely disappointed by this extraordinary U-turn, and the greater uncertainty that it creates for our employees and their families in Wales whilst also not recognising the commitment of our 1,000 employees in Manchester. As a globally successful European-centred company, with our roots at Royal Dutch Philips and proud, 90-year track record in Britain, it is astonishing that our employees face such jeopardy and hundreds of millions of pounds of foreign direct investment are not welcome.

“We rescued an investment-starved company from collapse. We have repaid taxpayer loans, secured jobs, wages, bonuses and pensions, and agreed to spend more than £80m on equipment upgrades since early 2021. Those who sold the business to us agreed that it was the only viable solution, and the deal was publicly welcomed by the Welsh government.

“Quite apart from the apparent concerns raised by various parties, which we have been keen to address openly, we have been shocked by the government’s process and its refusal to have a meaningful dialogue to discuss our proposals for a mutually positive solution. We made every effort to engage, to explain our business and made bold proposals for our operations in Newport and its management to nullify any potential fears about possible national security risks. We have been especially disappointed that we were denied the opportunity to discuss these with the Secretary of State himself or any of his political or Private Office team.”

This process, then, is far from over.

And the whole affair has raised questions and concerns from others involved in the UK’s specialist chip development and production sector.

In emailed comments to the business media, Simon Thomas, founder and CEO at Somersham, Cambridgeshire-based Paragraf, which manufactures graphene microchips for the automotive sector, stated that while it’s good to see a decision made on the Newport Wafer Fab case and important that national security concerns are considered, “significant steps must be taken to minimise the delays involved in these investigations in the future. British companies cannot afford to lose competitive advantage, which is the unintended result of these drawn-out investigations and absence of direction that causes customers and shareholders to become frustrated and potentially look for clarity elsewhere.”

He added: “The government should consider concrete and efficient processes to review national security concerns in a manner that provides a timely outcome for all in a clearly outlined and transparent process. Of course, we need to protect national security, but not to the detriment of British businesses. Paragraf is still waiting on an answer to the far-more-important question of whether the government believes that there is a future for the semiconductor industry here in the UK, and what they will do to develop and protect that future.”

There’s little doubt the entire process has done only damage to the UK’s reputation and while Nexperia’s overly dramatic claims that the UK is “closed for business” (a somewhat ironic accusation for a company that is owned by a Chinese conglomerate), this debacle, alongside other factors such as the state of the UK economy and the ongoing aftermath of Brexit, will make companies, investors and talented individuals think twice about just how great Britain is right now.

The UK is home to incredible technical expertise and innovation in cities such as Bristol, Cambridge, Edinburgh, Southampton and more: I’m sure the TelecomTV team is not alone in hoping that incidents such as the Nexperia/Newport affair and the ongoing saga around chip developer Arm, currently owned by Japan’s Softbank and embroiled in legal challenges while its IPO future is determined, will not lead to a brain drain.