The EU expects more than a quantum of security solace 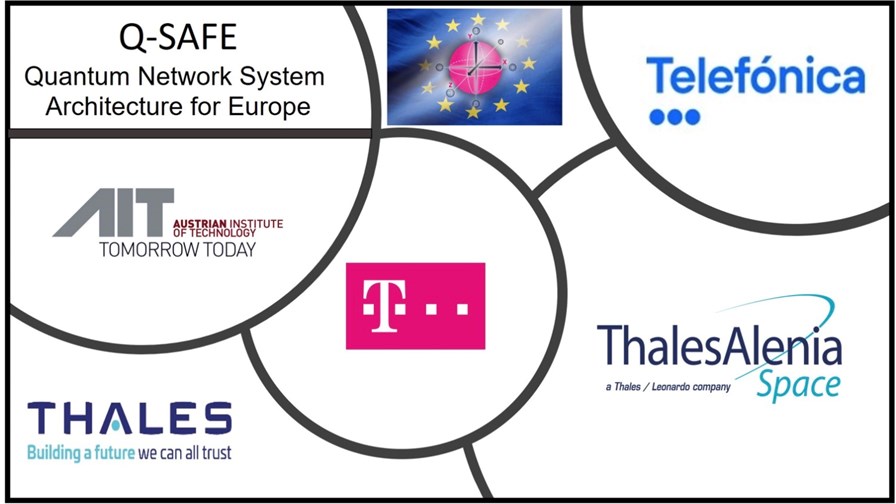 In April this year, after considerable debate, the European Commission (EC) selected the QSAFE (Quantum Network System Architecture for Europe) consortium to design and provide the architectural blueprint for the European quantum security network, EuroQCI. Now that interim plans relating to technical design, security analyses and the dimensioning of the initial network have been delivered to the Commission, the way is open for the consortium partners, led by Deutsche Telekom and including Thales, Thales Alenia Space and Telefónica, together with the research body, the Austrian Institute of Technology, to make a functioning reality of the theory. The consortium partners, some with many years of involvement in quantum technology, bring a wealth of complementary expertise and experience to the project.

The EuroQCI’s purpose is to build a secure quantum communication infrastructure that will span the entirety of the EU, including its overseas territories. All 27 member states are signed-up to the initiative and are working with the EC and the European Space Agency (ESA) to have the quantum system up and running by 2027. It will protect sensitive data and critical infrastructures by integrating quantum-based systems into existing communication facilities and systems to provide an additional and enhanced security layer based on quantum physics. By safeguarding the EU’s governmental institutions, data centres, hospitals, energy grids, air traffic control, transport systems and much more, the EuroQCI will be a become a major load-bearing pillar of the EU’s new and wide-ranging Cybersecurity Strategy.

The EC says the EuroQCI will be a boost for, and a feather in the cap of, Europe’s scientific and technology communities and will also improve Europe’s digital sovereignty and industrial competitiveness. The EuroQCI will include a terrestrial segment relying on fibre comms networks linking strategic sites at national and cross-border level, and a space segment based on satellites. It will link national quantum communication networks across the EU and provide global coverage.

The long-term plan is for the EuroQCI to become the foundation of a quantum Internet in Europe, connecting quantum computers, simulators and sensors via quantum networks to distribute information and resources with absolutely the best security method available. The first service to make use of it will be quantum key distribution (QKD). The QKD service will transmit encryption keys through quantum communication channels on both terrestrial fibre optic and space laser links: It is claimed that the use of quantum photon states makes key distribution invulnerable to hacking.

Quantum security has the potential to become a vital sector of the comms industry - and a money-spinner to boot. A report jointly authored by the analyst house Quantum Insider and the cybersecurity specialist, Quantum Safe, concludes that quantum security will be worth US$3.5 billion a year by 2024 and should hit $30 billion by the end of the decade.

Quantum Key Distribution is rooted in the quantum physics principles of entanglement and perfect random number generation. As such it is massively dependent on physical hardware and thus it is ideal for securing encryption keys during the key exchange and data over long-haul transmission. QKD can sense when hacking or intrusions are happening and react to defend itself. It is an almost perfect application for fibre ethernet, LiFi and laser communications. It can’t be used on copper transmission media, Wi-Fi or microwave systems. The unique property of QKD, that any attempt by a third part to gain access to a key to hack data is detected at close to light speed, makes security complete and provable.

It’s a complex business but the rewards are enormous: No wonder the EU is pushing ahead with EuroQCI as quickly as it can.