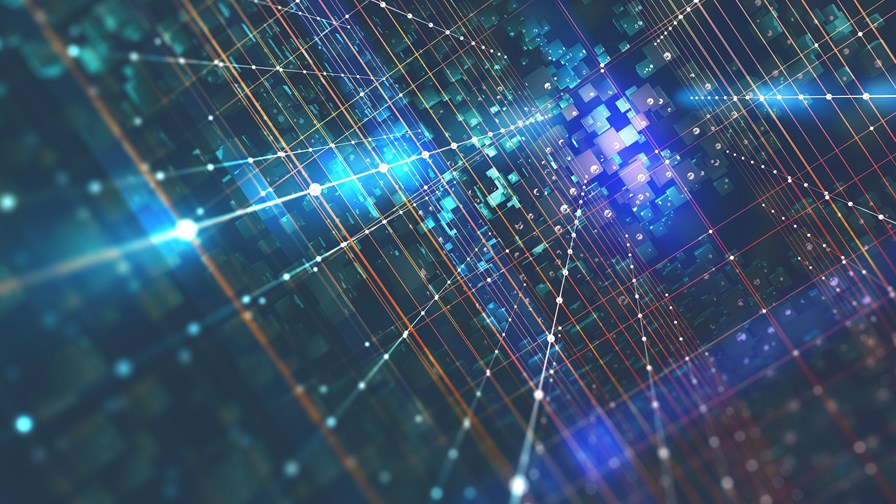 Hudson Institute, the Washington DC-headquartered neoconservative think-tank that is home to the Quantum Alliance Initiative (QAI), is on a mission to ensure that the US leads the way in global quantum computing-enabled security.

The body’s thesis is that the US leads the world in the global race to build a viable quantum computer for real-world applications in factorising ever-bigger prime numbers that underpin public encryption systems. The QAI has it that the US is (if you’ll forgive the pun) in prime position to get there first because of “the power of free markets and American industry,” which it almost certainly is.

Nevertheless, it is known that various state actors, academics and scientists in other parts off the world, including Australia, Canada, China, France, Germany, Russia, Saudi Arabia, the UK and even North Korea, are ploughing both taxpayer and private money and resources into developing their own quantum computers as quickly as they can.

The Quantum Alliance Initiative exists to “promote a landscape in which private industry leads the world in developing a universal quantum computer, ensuring that undue regulations do not inhibit innovation while encouraging mutually beneficial private-public partnerships” and stresses that quantum computing will be absolutely vital to US national security. This is because “a future quantum computer will be able to hack into and disrupt nearly all information technology, [so] the development of quantum technology is not merely a scientific and economic consideration, but also a strategic national security concern.”

Most estimates are that a functioning real-world quantum computer is about 15 years away, although some sources say it will be sooner than that and the main concern is that, if, at some point, “an enemy state fully utilized a powerful quantum computer,” massive amounts of data could be stolen and decrypted, “which could cause the collapse of financial systems, energy grid hacks and even control over major military systems.”

The QAI prospectus goes on to explain that while “much of the economic incentive to develop a quantum computer lies in the private sector, market forces have not and will not catalyse industry to develop quantum cybersecurity in the necessary timeframe. It adds, “Because of the security threat to the power grid, food and water supply, and defense networks, the United States government must take a central role in actively developing, commercialising, and implementing effective quantum cybersecurity measures, before the advent of a quantum computer powerful enough to hack into asymmetric encryption.”

Currently, the US government is already planning for, and devoting resources to, systems that will enable and protect encrypted data, both strategic, tactical and commercial, against decryption by quantum computers belonging to “enemy states”, even though the devices do not as yet exist (allegedly). The National Institute of Standards and Technology (NIST), a part of the US Commerce Department, is one body already working on the problem of devising methodologies, technologies and standards that will guarantee encoded messages cannot be decoded by even the most powerful quantum computers.

In parallel with the development of ‘quantum-resistant encryption,’ research is also underway into having quantum systems developed and in place now to decrypt intercepted and stored messages and data obtained from enemy states as soon quantum computers become a reality. To that end, scientists at NIST have announced that a compendium of encryption algorithms that, it is believed, are able to withstand decoding by quantum computers, is to be released to interest parties, organisations, teams and individual scientists “within the next few weeks.”

They will be tested to destruction, amended and re-iterated, and estimates are it could take two years before final, full-tested versions of the algorithms are released and five to ten years before they will be put to use in a quantum computing environment. The worry is, of course, that just because encrypted data cannot be decrypted on a US quantum computer, it doesn’t necessarily mean the same will bet true when that data is run though a quantum computer belonging to an enemy state.

Meanwhile, politicians are urging the legislature to act now to ensure that government encryption systems and methodologies are brought up to “state-of-the-art” levels of sophistication as soon as possible. Thus, a new bipartisan bill sponsored by both Democrats and Republicans will require the government to adopt quantum-resistant encryption as soon as the necessary standards are available.

However, the US government relies heavily on easily available, and relatively cheap, commercial software for a lot of its systems and even if a root-and-branch change to extremely expensive bespoke systems is mandated, it will take many years to accomplish and government agencies would still be beholden to the private computing, IT and telecoms industry help them make what would be a very difficult transition. That’s why another plank in the US government’s quantum computing strategy will be to work very closely with allies, including Australia, Canada and the UK, which are themselves already well along the way to delivering a quantum computer.

As the QAI prospectus states, a quantum computer can indeed pose a threat to national security as it exists right now, but quantum cybersecurity can provide a solution. That’s because it will “usher in an era of a nearly unhackable cyberspace through a layered approach of implementing quantum random numbers, quantum resistant algorithms, and quantum communication networks. Through a concerted effort to develop and implement quantum cybersecurity solutions, we can secure today’s most sensitive data from both current hackers and future quantum-enabled hackers, as well as protect vital infrastructure from the same threats.”