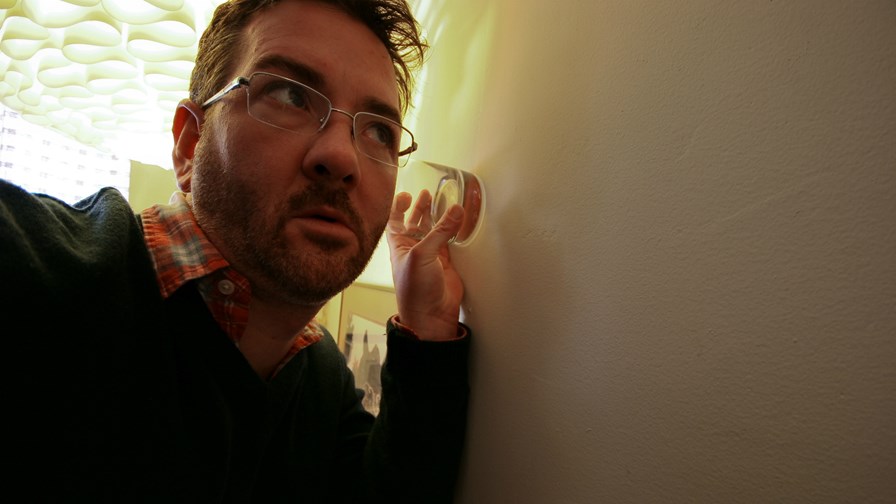 Smartphones don't come cheap, indeed many don't just cost an arm and a leg but also the toes on your remaining foot and the fingers on the only hand on the only arm you've got left.  In the UK, where, since last year's referendum vote to leave the EU, the value of the pound has slumped, the cost of smartphones, always more expensive than in the US and some other parts of the world anyway, has risen to almost unsustainable levels.

For example, the 'cheapest' of Apple's iPhone 7 range, the 32GB model starts, (yes, starts), at £719. The 128GB model is £819 and the 256GB slab comes in at £919 - and it is perfectly possible to push this up to well over a grand!! For a mobile phone. For goodness sake. You could impress your work colleagues and buy 500 lattes for that at almost any coffee shop anywhere in the City of London. And you'd still be being ripped off.

And then there's HTC of Taiwan. The company is getting a lot of coverage today in the world's media, but not for the right reasons. When buying a smartphone, some customers will volunteer to receive advertising on their handsets in return for a lower price, a perceivably better bundle or free apps. That's their choice. However, those that decline such blandishments and pay several hundred pounds, dollars or euros for a smartphone are surely entitled not to be bombarded with banner ads that are delivered directly and without warning to their touch screen keypads - but that is exactly what is happening to owners of some HTC handsets and it's causing ructions.

The manufacturer uses the "TouchPal Keyboard for HTC" as its default display on most of its handsets (such as the HTC 10 and HTC U 11) and with HTC having recently uploaded an 'updated' version of the keyboard to its handsets, users are now seeing ads every time they type a new word.

It's appalling and sinister and users are justifiably very angry indeed. We may have got used to being peppered with ads when browsing the web but to be forced to see advertising on your own smartphone without having signed up to any such 'service' and whilst writing or responding to texts and emails is utterly unacceptable. This must rank as the most intrusive, inappropriate and downright dodgy advertising ploy yet foisted on unsuspecting consumers.

Basically, it stinks to high heaven because of very natural suspicions that every keystroke made by users of the affected HTC handsets (including passwords and screen access PIN codes) are being logged and recorded somewhere. Surely people can't have forgotten the Carrier IQ deep packet inspection scandal yet, can they?

"Just a server issue. Nothing to see here. Move along, please"

HTC's response to the unwanted appearance of the ads has been to use Twitter to advise affected users to uninstall the latest TouchPal update, a remedy that indicates that HTC itself may not (possibly, perhaps ) have known that TouchPal, which is a product sold by a company called Coo Tek in Shanghai in the People's Republic of China, had added advertising capabilities to the latest iteration of its keyboard software.

Chinese technology and software companies have long been regarded with suspicion in the West because of their notorious predilection for hiding secret spyware and security back doors in their products. So, if HTC didn't know what TouchPal was up to then it is prima facie evidence that the Taiwanese company has no real control over a central part of its business and products and shows just how dangerous it can be to outsource vital components to an overseas company. And if HTC did know then it will fully deserve every bit of bad press it will get. It beggars belief that HTC has no control whatsoever over software updates shipped by its partners in the supply chain. This one is going to run and run and the truth will out in the end.

And, of course, HTC's solution is purely temporary and thus no real solution at all. The ads are inextricably linked to the HTC operating system and will reappear on handsets as soon as the software updates itself again. Angry owners of affected HTC handsets can always change the default keyboard carrying the rogue ads and replace it with something like Gboard, SwiftKey or another alternative that is nothing to do with TouchPal. The other alternative is to dump the HTC handset and buy something safer.

For its part, TouchPal has done little other than to claim that the ads appeared because of "a server issue". It seems that the original version of the TouchPal keyboard that was preloaded on HTC handsets came without the capability of displaying advertising but the new version came with it. A major point at issue is whether or not HTC knew it.

But the big question, and the one that should worry everyone, whether an HTC phone owner or not is this: "How can we be sure that users are not being spied upon, having their emails, texts and other typed data logged, archived, analysed, manipulated and sold - or used for even more nefarious purposes?' The answer is: "We can't. And this needs investigating now."