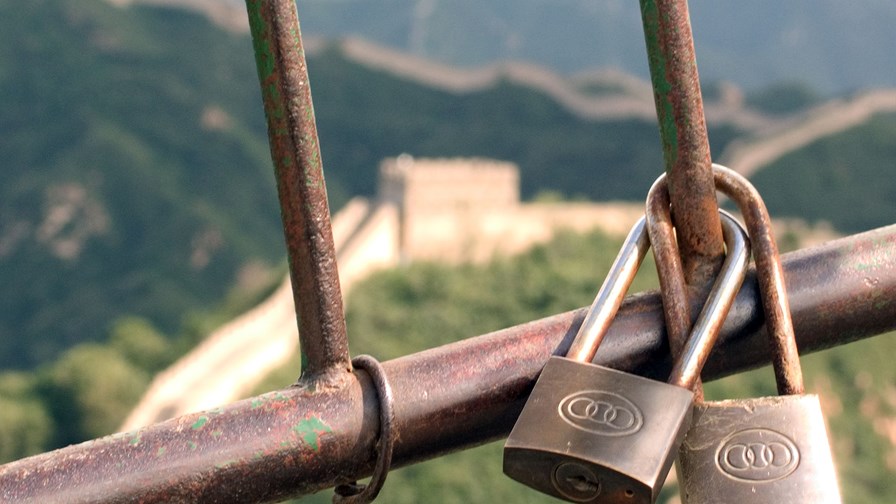 There has been much media analysis and comment in the West on Huawei's relationship with the Chinese government, concerns about cybersecurity, abuses of privacy legislation, surveillance and spying, the consequence of which has been the exclusion of Huawei technology from 5G networks in various parts of the world including the US, the UK, some member states of the EU, Australia, New Zealand, Japan and Taiwan, with more likely to follow suit.

It also has to be said that Huawei has been, and remains, determined to rebut such allegations and, as journalists and editors are only too well aware, Huawei's efforts to "put the record straight" are relentless. Every few days some new and lengthy email rationale/refutation drops into the TelecomTV editorial inbox to be followed up by yet another missive claiming that allegations made against the company are mistaken, mischievous, misguided and just plain wrong.

It's interesting and informative then to read the new, countervailing report from Strand Consult. Entitled, "You’re Not Welcome: An Analysis of Thousands of Foreign Technology Companies Blocked by China Since 1996". The publication is another in a continuing series of free reports from John Strand, a telecoms industry analyst of 25 years standing who brings an informed critical eye to bear on the Chinese market in general and Huawei in particular.

In the West, the case against Huawei is presented and argued openly within the parameters of the application of relevant legislation and due process through judicial systems and appeals where necessary. In the People's Republic of China (PRC) the ideology and political aims of the ruling Communist Party are paramount in all things and, as is very well known, it is commonplace and usual for Internet information sources, websites and video media to be heavily censored or banned completely from dissemination within the PRC itself.

What's more, many overseas technology companies are, despite following complex and arcane trading rules, either unable to play in the Chinese market on equal terms with local companies or are prohibited, often without meaningful explanation, from any participation in the market whatsoever.

As the Strand Consult report shows, the State Council of the PRC has been systematically monitoring, regulating and censoring the Internet since 1996 and a myriad of categories of information are prohibited on the all-encompassing grounds of threats to national security, because they breach state secrets, could cause social unrest or the questioning of the political status quo and so on, more or less ad infinitum.

Meanwhile it is a matter of continuing state policy that in Chinese communications and information networks, everything in both the hardware and software areas, must be equipped only with Chinese developed and manufactured products. Meanwhile, Chinese technology companies are strongly encouraged and incentivised to export their products to the rest of the world, and they want to do it without let or hindrance. What's sauce for the goose turns out to be sauce for the gander too, but it's not.

The long arm and deep reach of the Chinese state

The Chinese government makes no bones about its view that the Internet is a global combat zone where different political, ideological and economic beliefs and models are in constant battle for supremacy. Thus stringent control of communications technologies and censorship of content is vital to ensuring the protection and continuation of the Chinese state.

This is a world view at complete odds with prevailing western notions of democracy, freedom of individual will and expression and collective action and responsibility in matters civic, economic and political. China, as a matter of course, blocks or restricts "online news and media outlets, social media platforms, virtual private networks, content delivery networks, mobile applications, telecommunications equipment, cloud services, and other technologies". Moreover, as technologies evolve and political pressures change the restrictions placed on imported products and content move with them, becoming more sophisticated and effective over time.

Furthermore, the Top Ten Chinese companies (in terms of revenue) are either completely state-owned or by a "partnership" of publicly listed investors and Chinese government entities, and publicly listed companies are partly owned by other companies that, in turn, are owned, in part, or entirely either, by the Chinese state or government-controlled entities.

It's an inscrutable maze that overseas companies wanting to gain access to the Chinese market have to first enter and then try to negotiate where they might fit into a particular business ecosystem. It's a very difficult and often impossible task because without being able to integrate into an ecosystem and supply chain a foreign company is on a hiding to nothing in China and to make matters worse, the government has a hammerlock on the nation's businesses via the banking system. Favoured enterprises get preferential treatment and loans, others do not.

The sheer proliferation of Chinese state bodies and agencies with access to and control over  businesses, be that from the overarching power of the Cyberspace Administration and the State Information Council or the self-censorship and practiced by companies and on down to the internet police avatars patrolling the virtual environment and tracing, arresting and severely punishing those not kow-towing to rigid party lines makes doing business in China increasingly difficult.