BT targets thousands of businesses with its new quantum-secured network 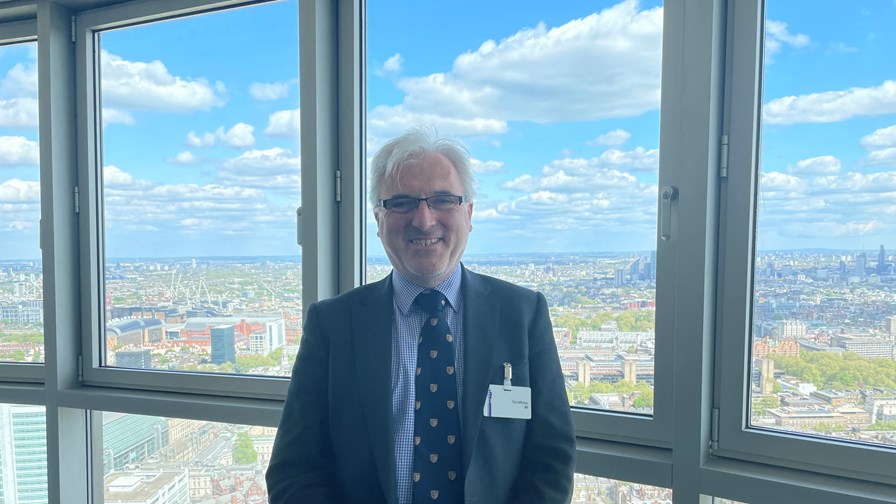 BT is looking to attract thousands of enterprises to use the commercial quantum-secure metro network it has built with Toshiba in London, and says it has already registered interest in the technology that is tipped to tackle data security concerns: Earlier this week, the network operator announced consulting giant EY as the first customer to make use of the innovative deployment.

In an interview with TelecomTV, Tim Whitley (pictured above), the BT Distinguished Engineer who is managing director of the telco’s Applied Research department and its UK R&D campus, Adastral Park, said the operator has seen “a lot of interest” from many different businesses and academic institutions that have visited the operator’s lab and seen an early demonstration version of its quantum key distribution (QKD) technology, which distributes encryption keys on individual particles (photons), a method that promises more advances security capabilities.

The turning point, according to Whitley, is that with the commercial launch of the network, BT is now able to invite customers to trial the solution in the same way as EY, which has signed up for a three-year period.

“I’m very hopeful that we will quite rapidly sign up a number of customers to come and experience the technology. It’s only a three-node network, but we are in London and there’s a lot of businesses here. Many thousands of businesses are within the technical range for connecting to the network. So hopefully, it will be not only a very valuable three years, but quite a busy three years in terms of new customers,” Whitley added.

As QKD is still a very niche technology and therefore the economics around it are “quite challenging,” the UK operator is initially targeting very large businesses that have “absolutely mission-critical data, and they want that extra assurance – they want to take all the existing classical cryptography-based security and then augment it and enhance it with quantum key distribution.”

Another benefit, says Whitley, is that BT will learn more about what others think about the technology, as larger organisations will typically be global and interact with many other clients.

BT’s aspirations for future expansion of its quantum-secured networking capabilities are understandably ambitious as “ultimately, security is important to everybody,” notes the BT man.

“It will be a classic market entry, I think, whereby as hopefully volumes grow, more research and development is done, technologies evolve, prices come down. Then, of course, the market can grow, and you get a positive reinforcement where you could imagine medium-sized businesses, [especially] in sectors with particular security requirements,” that demand enhanced security beyond encryption, Whitley highlighted.

Ultimately, much depends on how BT’s trial with EY goes and how the entire world of quantum technology evolves.

One possible path highlighted by Whitley is a plan being devised by BT’s partner, Toshiba, to change the underlying technology and move to much more integrated photonics solutions. “That will make things better and more reliable, but will actually make them, I think, lower cost as well,” Whitley suggested.

The impact of QKD on BT and the industry

The result of a nine-year-long research programme undertaken by BT, the network launch is seen an important milestone for the operator, but also serves as an “important statement of intent” for the industry and the world as we move towards a quantum-enabled economy.

“It’s a way of securing optical networks against a future threat that potentially emerges from the advent of quantum computers,” such as the potential to crack encryption codes.

BT claims this trial is a world-first in a sense that it’s part of a regular, production communications network, whereas other demonstrations made around the world to connect customer sites have all been experimental in format.

The move, Whitley noted, can also benefit the whole industry by helping it to collectively understand the role that QKD can play in the broader landscape of securing future networks.

While not suggesting that the technology solves every problem, the BT Applied Research executive noted QKD looks at a specific set of issues and has a “very specific target of protecting data whilst it’s in flight on optical fibre.”

He added that the trial will also look to explore a broad range of other security technologies, such as post-quantum cryptography. “There is an awful lot of learning ahead of us – operational learning, technological learning, and market learning, because this is a nascent market, not a market that is buying at the moment,” Whitley emphasised.

The QKD approach, Whitley claimed, is “not vulnerable to any kind of computation,” unlike current encryption algorithms that are based upon mathematical calculations, which can be cracked using quantum computing. QKD differs, as “it doesn’t rely on hard maths, it relies essentially on the laws of the universe, on quantum physics,” stated Whitley.

“By essentially transmitting a key as individual particles of light, what we know is if an eavesdropper taps into the fibre and tries to record what the key is, as they measure the individual particle of light, they interact with it and that interaction changes it – and that’s detectable,” Whitley underlined.

“No matter what happens to the evolution of quantum computers, that promise is always there – it is immune to future evolutions of quantum computers. But it is only guaranteeing a part of the overall system,” he said, stressing the important role that classical encryption algorithms and post-quantum cryptography algorithms will play in securing telco infrastructure in the future.

BT’s other moves in the quantum space include linking its labs at Adastral Park to Cambridge University in 2019 and creating a point-to-point customer link between UK’s National Composites Centre (NCC) and the Centre for Modelling & Simulation (CFMS), a not-for-profit research organisation, a year later.