OneWeb: They're the wrong satellites, Boris, and they'll go wrong 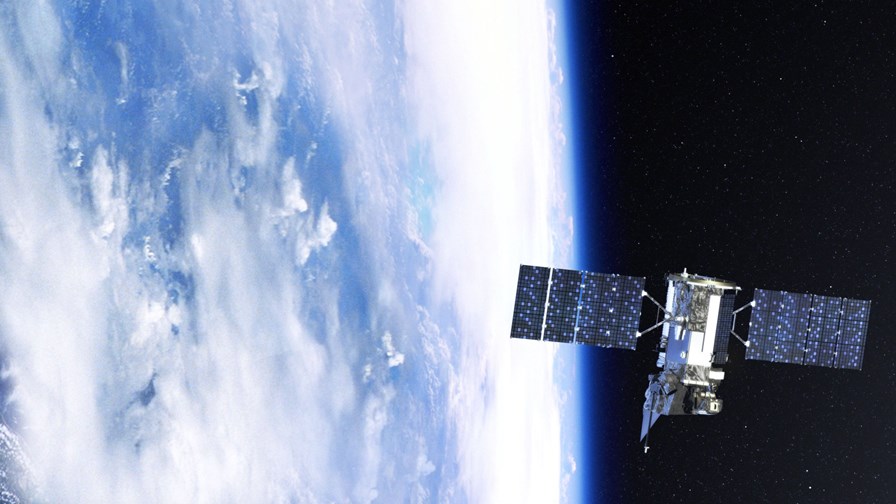 As reported by TelecomTV on June 26, the UK has duly promised to "invest" (if that's the right word) half a billion bucks to take a part-share in OneWeb, the bankrupt satellite company. OneWeb is nominally headquartered in London but its assets, business interests and management are in the US. Originally the plan was to acquire a 20 per cent share but having, on Friday last, placed a winning bid at an auction in New York, the Conservative government is being remarkably coy about the actual percentage that the £400 million of taxpayers' money will secure, saying only that it will be "a significant equity share".

When the news of the proposed purchase first broke, space scientists expressed incredulity, calling it "nonsensical". Dr. Bleddyn Bowen is an academic at Leicester University, England, and researches in and lectures on modern warfare, politics and security in outer space. Commenting on events he said, "The fundamental starting point is that we have bought the wrong satellites."

Having 'Brexited', the UK has been included-out of the European Union's Galileo satnav system (on which the hard-pressed British tax-payer had already spent £1.2 billion) and needs something to take its place. The administration of former prime minister Theresa May found that the cost of 'taking back control' and building the UK's very own independent satellite navigation system to rival the US GPS (global positioning system) was far too high at £5 billion so the project was parked as she wept and wailed her way out of 10 Downing Street. Her replacement, Alexander Boris de Pfeffel Johnson, is not only very keen to demonstrate Britain's technological prowess but also that we can do it on the cheap.

This costly punt is, seemingly, part of the government's "high-risk, high-payoff" investment strategy which is the brainchild of Boris Johnson's special advisor and personal Svengali, Dominic Cummings. He is the man who, at the height of the Covid-19 pandemic, infamously drove 60-odd miles to check whether his eyesight was good enough to drive 200-plus miles back to London from his ancestral home where he shouldn't have been in the first place. That, too, like OneWeb, was a high-risk strategy, and both may yet comeback to haunt him.

Speaking to the Guardian newspaper, Dr Bowen said, "OneWeb is working on basically the same idea as Elon Musk's Starlink: a mega-constellation of satellites in Low Earth Orbit (LEO) which are used to connect people on the ground to the Internet. What's happened is that the very talented lobbyists at OneWeb have convinced the government we can completely redesign some of the satellites to piggyback a navigation payload on it. It's bolting an unproven technology on to a mega-constellation that's designed to do something else."

And it's not as if there haven't been warnings. The Daily Telegraph newspaper, a government cheerleader, recently published an article saying it has seen documents from the UK Space Agency which describes the OneWeb system as "unsuitable for navigational purposes" whereas the usual anonymous and unattributable "Downing Street source" enthused that "the deal will support the UK to be a pioneer in the research, development, manufacturing and exploitation of novel satellite technologies." Right.

Meanwhile, the Business Secretary, Alok Sharma, who, only last week in a live interview on BBC television proved himself unable to perform the most basic of junior school mental arithmetic exercises, got his act together sufficiently enough to be able to burble on about this being (heaven help us) "the first UK sovereign space capability". He added that the deal underlines "the scale of Britain's ambitions on the global stage." He seems to have forgotten all about Dan Dare, Jet Morgan and the Lazy Dog satellite, which, according to the satirical magazine Private Eye, used to orbit Hackney Town Hall on the end of a clothesline. Yes, some of us still remember "the white-heat of the technological revolution", as it was described at the time.

The reality is that that, for good reasons, positioning system satellites are in Medium Earth Orbit at about 20,000 kilometres above the ground (Russia's Glonass constellation orbits at 19,100 kilometres and the EU's Galileo at 23,220 kilometres) while OneWeb's partial constellation is placed in Low Earth Orbit just 1,200 kilometres above the earth. Quite how the 74 satellites that are already in orbit (out of a projected constellation that was once a mere 650 but which since this May has been upped a bit - to 48,000!!) can be re-purposed is yet to be explained but the immutable laws of physics, the constraints of the space/time continuum and the black hole of the celestial money pit we are about to pour vast wads of cash into probably means that lump hammers and angle grinders won't have much of a part to play, but duct tape and string yet might.

OneWeb constellation was built to be an orbital broadband access platform to provide Internet access across both rural and urban geographies lacking the fixed line or effective mobile infrastructure required to expand the connected society. OneWeb was never meant to be a satnav positioning system and it will be hugely difficult to adapt it to become one.

As senior space industry executive last week told the Financial Times newspaper it will be "like trying to build a hybrid of a Formula 1 racing car and a dump truck."

Twang!! That's the sound of the knicker elastic of Britain's Satellite Applications Catapult springing into action

The UK's Satellite Applications Catapult (part of a network of 10 'catapults' "established to transform the UK’s capability for innovation in specific areas and to help drive future economic growth" is producing a white paper that, apparently, will show how the incomplete OneWeb constellation might (might?!) be able to provide really precise timing for use in the country's power, telecoms and finance industries. Whether or not that will be possible remains to be seen but frequencies used to transmit positioning, navigation and timing signals are subject to international agreement and ratification - and little mention is being made of that little problem, or the slightly bigger one of the missing atomic clock.

The UK co-bid for a share of OneWeb in partnership with India's Bharti Enterprises which also pledged US$500 million to the cause. Part of the Bharti conglomerate, Bharti Airtel, is the world's third biggest mobile operator and has close to 450 million subscribers. Under the terms of the proposed agreement Bharti Airtel's networks will, henceforth be the proving ground for OneWeb's products, services and applications.

The US Bankruptcy Court for the Southern District of New York has until this Friday (July 10) to yea or nay the deal. The chances of it not getting approval are slight, to say the least of it. In fact, should you chance to be in Whitehall on Friday evening you'll probably be able to hear the relieved sighs of American investors over in New York echoing through the corridors of power.

Thereafter, the deal has other hurdles to clear and will not actually finally close until late this year so upbeat talk about the "further developing and increasing the UK's advanced manufacturing base" is premature and smacks more of wishful thinking than anything concrete that could happen anytime soon. Currently, OneWeb satellites are built, in partnership with Airbus, the huge European aerospace company, in a high-tech manufacturing facility in Exploration Park adjacent to the Kennedy Space Centre in Florida. It'll be one hell of a job to shift all that over to England in a matter of a few months. What's more OneWeb is contracted to launch its satellites on Arianespace rockets and if that does not happen expensive litigation could result.

Elsewhere, NASA, a body which does have something of track record when it comes to successful space programmes, made this wry comment, "Given the current geopolitical context, it is hard to disassociate this purchase of OneWeb from a potentially rushed decision to make it look like the UK is not lagging behind as a consequence of the nation’s decision to leave the European Union and isolate itself in some regards from the expanding European space markets. But exactly how this purchase will financially benefit the United Kingdom and increase their prowess in the arena of space is yet unknown; and this purchase actually raises more questions in that area than it answers." Meanwhile, OneWeb faces direct competition from Elon Musk's Starlink, which will go live with initial service within a couple of months and be fully operational by early 2021.

Chi Onwurah MP, the shadow minister for science for the opposition Labour Party commented, "There are serious concerns about the government's decision to spend £400 million buying a stake in this company. We were promised Galileo would be replaced by a UK-based programme, but this is not that."

We'll watch the OneWeb performance play out to its final flaming curtain but for those of you of an historical bent there are plenty of examples of earlier misguided British government projects to compare to this latest flight of fantasy. For example, take a look at the story of Britain's TSR2 supersonic bomber project of the 1960s. It was a classic and expensive example of the development of leading-edge aeronautical technology which was at first subverted and then destroyed by political infighting and expediency, cost overruns, technical problems, bureaucratic machinations and astonishing ineptitude.

The TSR 2 took to the air with engines that were known to be likely to explode, weird tricycle undercarriage gear that wouldn't retract properly and made every landing a life or death gamble, unusable wing fuel tanks, air brakes that only worked some of the time, no automatic flight controls and fuel balancing system even worse than that which caused USSR's abysmal Tupolev Tu-144, "Concordski" supersonic airliner to crash at the Paris Airshow in 1973. The British bomber made a few test flights, mainly with its wheels down at about 200 mph, which was the top speed of a  Douglas DC3 Dakota, the piston-engined workhorse that first flew in 1935 and distinguished itself during World War II and the Berlin Airlift. After it's last undistinguished test flight in March 1963 the TSR 2 was cancelled and was, literally, consigned to a museum.

At least it survives as an exhibit. OneWeb won't even get a little memorial plaque at RAF Cosford. Sooner or later it will crash. And, when it does re-enter reality, inflated by governmental hot air and stuffed with British cash, it will briefly burn all the brighter.