FRAMINGHAM, Mass., June 21, 2018 – According to the International Data Corporation (IDC) Worldwide Quarterly Cloud IT Infrastructure Tracker, vendor revenue from sales of infrastructure products (server, storage, and Ethernet switch) for cloud IT, including public and private cloud, grew 45.5% year over year in the first quarter of 2018 (1Q18), reaching $12.9 billion. IDC also raised its forecast for total spending on cloud IT infrastructure in 2018 to $57.2 billion with year-over-year growth of 21.3%.

"Hyperscaler datacenter expansion and refresh continued to drive overall cloud IT infrastructure growth in the first quarter," said Kuba Stolarski, research director for Infrastructure Platforms and Technologies at IDC. "While all infrastructure segments continued their strong growth, public cloud has been growing the most. IDC expects this trend to continue through the end of 2018. Digital transformation initiatives such as edge computing and machine learning have been bringing new enterprise workloads into the cloud, driving up the demand for higher density configurations of cores, memory, and storage. As systems technology continues to evolve towards pooled resources and composable infrastructure, the emergence of these next-generation workloads will drive net new growth beyond traditional enterprise workloads." 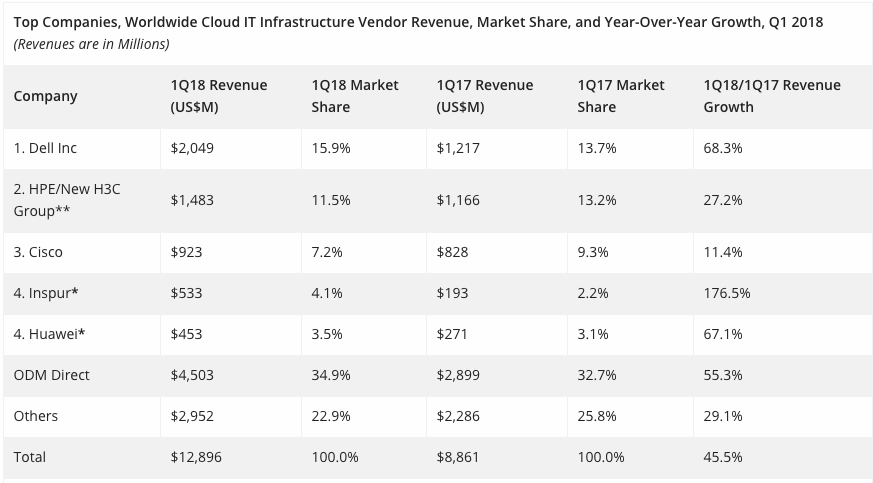 *IDC declares a statistical tie in the worldwide cloud IT infrastructure market when there is a difference of one percent or less in the vendor revenue shares among two or more vendors.

**Due to the existing joint venture between HPE and the New H3C Group, IDC will be reporting external market share on a global level for HPE as "HPE/New H3C Group" starting from Q2 2016 and going forward. 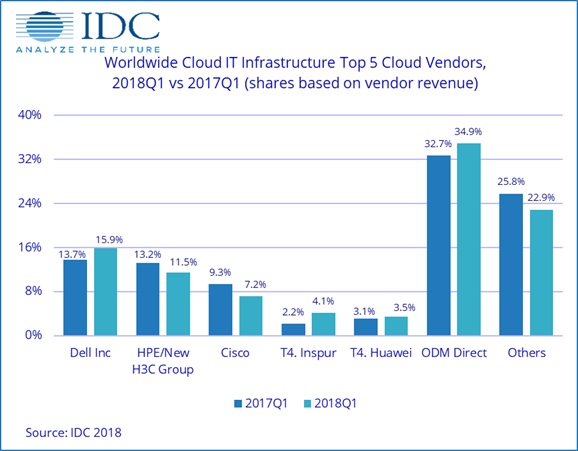 Long-term, IDC expects spending on cloud IT infrastructure to grow at a five-year compound annual growth rate (CAGR) of 10.5%, reaching $77.7 billion in 2022, and accounting for 55.4% of total IT infrastructure spend. Public cloud datacenters will account for 64.7% of this amount, growing at a 10.2% CAGR. Spending on private cloud infrastructure will grow at a CAGR of 11.1%. 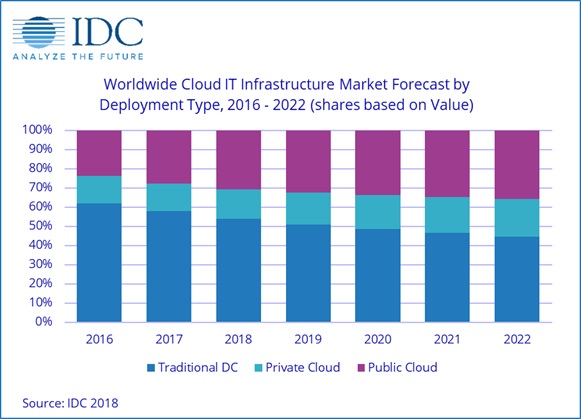