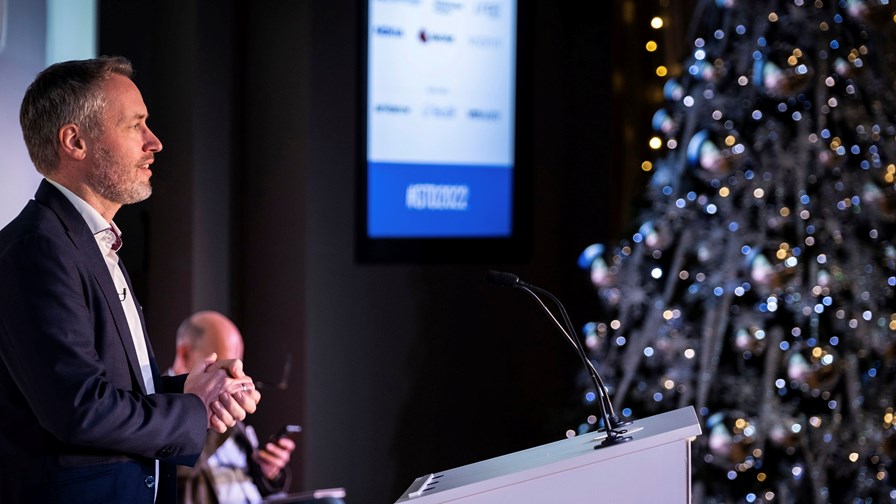 The fourth motion to be discussed and voted on was “5G will kill the wireless LAN” – as simple as that! Or was it?

Chris Lewis, managing director at Lewis Insights, argued in favour of the motion and somewhat cheekily pointed out that “we didn’t put a timescale on it…” But, on a more serious note, he insisted that a shift from legacy wireless technology complexity (fixed cables, Wi-Fi, proprietary sensors) to a 5G/cellular environment that could (especially with the increasing use of eSIM technology) connect most if not all wireless devices, was an obvious one for enterprises, especially in an automated industrial environment.

TelecomTV’s Martyn Warwick urged attendees to vote against the motion, noting that it’s par for the course that the mobile sector believes it can be everything to everyone, “but that ain’t necessarily so” when it comes to a business environment, he argued. Warwick claimed that the applications suited to 5G would only be a minor subset of what enterprise users will need, and those companies will not be in any rush to get rid of the tried and trusted technologies that already underpin their operations. The most likely outcome, he noted, was a hybrid environment, with 5G acting as a supplementary technology “as and when required”.

Brief opening remarks were made by six expert witnesses:

These witnesses took us on a cultural and historical rollercoaster, with Nokia’s Adams citing the “creative destruction” theories of European “dead economists” and BT’s Simcoe bringing heavy rock into the debate.

“Any hard rock fan will be familiar with a band called Van Halen,” noted the BT man to a temporarily stunned GTD audience, some of whom instantly whipped out their air guitars. “There’s a perennial debate among Van Halen fans about whether Dave Lee Roth, the original lead singer, was the best version of Van Halen, or whether Sammy Hagar was the best version of Van Halen. But if you really understand Van Halen, [you’ll know that] Eddie Van Halen, the guitarist, delivered the value… so if you’re debating 5G and Wi-Fi, you’ll need to think about who’s the Eddie, and who connects your machines.”

And there was plenty of other food for thought. CK Hutchison’s Graham Wilde (who swapped his regular GTD role of motion presenter to become an expert witness for this session) noted how large enterprise areas, such as seaports and airports, are ideal for private 4G and 5G as enterprises can replace hundreds of Wi-Fi access points with just a handful of more reliable base stations, but he also noted that there wasn’t much of a business case for most organisations with a smaller area to cover.

HPE’s Band importantly noted that the key position to take was one of identifying business outcomes and then matching  the most appropriate technology solution (handily for HPE it has both cellular and Wi-Fi options for private network customers).

Then it was time for the audience to get involved and the expert witnesses were faced with questions about which types of companies are best suited to helping enterprises with their wireless network decisions, whether 5G even offers anything that Wi-Fi doesn’t already provide, and whether enterprise 5G will kill telco 5G for private wireless use cases.

How did the expert witnesses respond? How did the audience vote – was the motion carried or defeated?

You can find out by watching the session – Will private 5G kill the wireless LAN? – on demand.

What was really noticeable, though, was that during the entire hour of witness statements and debating time, mobile operator-enabled network slicing was not mentioned once as an approach that telcos could take to win enterprise private wireless services business and replace, or even just supplement, existing wireless LAN deployments. How times have changed!