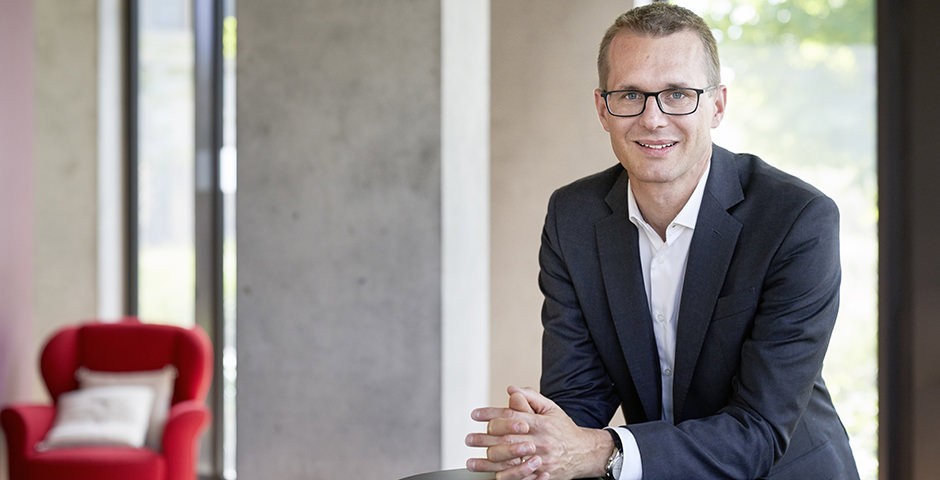 “There is no longer cause for moratoria”

Switzerland’s Federal Office for the Environment today published its report on the expansion of the mobile network infrastructure. Christoph Aeschlimann, CIO and CTO of Swisscom, discusses mobile networks at their limits, health concerns and what happens next. The long-awaited report by the Federal Office for the Environment on the expansion of the mobile phone infrastructure has now been published. What does the report mean for Swisscom?

This official report provides a wealth of information, verified data, analysis and assessments from recognised experts on the further development of mobile communications and the controversial issue of mobile communications and the environment. In this respect, the paper provides a solid basis for an objective political and social discussion. The report does not contain any new findings on the subject of health. This means that there is no longer any cause for cantons and municipalities to impose moratoria on the expansion of the mobile network.

Interview on the subject of mobile communications and health with Dr Gregor Dürrenberger, Director of the Swiss Research Foundation for Electricity and Mobile Communication at the ETH Zurich. Total length of video 02:57 min.

What is the significance of the rise in data traffic?

Just imagine, in the last seven years, there has been a forty-fold increase in the volume of data. As a result, the mobile networks are being pushed to their limits; a fact confirmed by the Federal Office of Communications. These findings echo what we and the entire industry have been saying for a long time. Under current regulations, 5G expansion is prohibited for more than nine out of ten mobile communication masts in urban areas. Thousands of new mobile communication masts would have to be built to supply Switzerland with a powerful 5G network, or more precisely, with 5G fast.

The report had been expected to allay public fears concerning the health risks. However, the report does not give the hoped for ‘all-clear’.

Are you saying that Switzerland has been too strict in its application of the international recommendations?

Yes, that is correct. Steps were taken by the Federal Government 20 years ago on account of the prevailing uncertainty at that time. Installation limit values were imposed that went above and beyond the high level of protection recommended by the World Health Organisation. In fact, these limit values are ten times stricter and apply in places where people spend a lot of time, such as homes or offices for instance. This means that the level of protection in Switzerland is higher than Germany or France for example.

No new findings in terms of health? The report does mention two major animal studies which indicate a carcinogenic effect of mobile radiation.

The report states that the overall evidence of a carcinogenic effect from mobile radiation is considered to be limited. The International Commission on Non-Ionizing Radiation Protection (ICNIRP) has identified significant shortcomings in these two studies. The results of the latest population studies on the relationship between mobile device use and tumour development have been inconsistent. Studies of several cancer registries mainly show no increase in cases.The last seven years have seen a forty-fold increase in mobile data traffic, and this trend will continue.

What impact does the report have on Swisscom’s 5G network expansion?

We hope that the evidence base of the report will help to reduce the controversy surrounding 5G. The report shows that there are no plausible reasons to use political measures to slow down the expansion of 5G beyond the existing body of laws. We will be rolling out 5G in Switzerland as planned, naturally under observance of all the applicable regulations. We aim to provide 5G-wide coverage to 90 percent of the Swiss population by the end of the year. What people often forget in the 5G debate is that the last seven years have seen a forty-fold increase in mobile data traffic, and this trend will continue. We need 5G to ensure that we are all able to continue using the mobile network into the future.

Some of the options discussed in the report mention billions’ worth of investment that would fall on the telecommunications companies. How does Swisscom intend to make these investments?

We simply cannot make tens of billions in investments. The resulting price increases for our products and services would be unaffordable for customers or businesses. Any options that would result in such immense costs are not genuine options because they are not economically viable. Moreover, it would make Switzerland an exception worldwide. The report also shows that current regulations are already resulting in extremely high additional costs and, above all, to a major delay in the 5G expansion. Current regulations were introduced when mobile communications were primarily used for voice communication and SMS, when the prospect of a mobile Internet was still a pipe dream.

From Swisscom’s point of view, which of the five options identified in the report should be pursued?

The report shows that, under current regulations, 5G expansion is prohibited for more than nine out of ten mobile communication masts in urban areas. It is no secret that we would like to see a relaxation of the existing ONIR regulations. The report highlights a number of options in this regard. What is important with all of these options is that the precautionary principle would not be compromised. This means that Switzerland would still be more protected than most European countries.

Which specific option are you asking for?

The ball is now in the court of the politicians. They will need to decide which general conditions to impose on the telecoms providers for expansion of the mobile networks in Switzerland. I am confident that the establishment of powerful transmission networks for a competitive information society represents an important basis for the Federal Council’s Digital Switzerland strategy.

The working group also recommends a wide range of measures, in the area of monitoring for example. Is Swisscom behind these measures?

Yes, we support these measures. These would include monitoring exposure and any health effects, for example, and promoting research in the field of mobile communications and health. The proposed measures are in Swisscom’s interests. It is important that further research is carried out. This is the reason we have been supporting the Research Foundation for Electricity and Mobile Communication at ETHZ for many years.

The competent Federal Office of Environment, Forests and Landscape has published a good paper which will serve as the basis for establishing viable general conditions for a mobile network of the future. That deserves respect. The question of what happens next will be answered by the politicians. The ball is now in the court of the government and parliament.