Has Vestager thrown Dutch consumers under the bus for political gain? 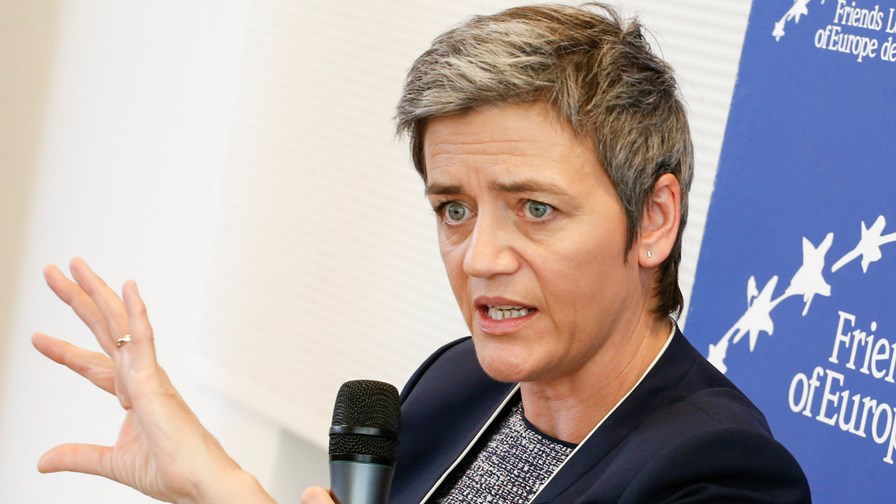 From in-depth investigations and a statement of objections, to sudden, unconditional EU approval: something stinks about the T-Mobile Netherlands/Tele2 merger.

Late on Tuesday, the European Commission cleared T-Mobile Netherlands' €190 million acquisition of smaller local rival Tele2, without imposing a single remedy, despite the fact that it will reduce the number of mobile network operators in the country to three from four.

It stands in stark contrast to competition commissioner Margrethe Vestager's track record of reticence about in-market consolidation. She has insisted in the past that merging telcos divest sufficient assets to facilitate the entry of a new player. The most recent example would be Italy, where the Wind/Tre merger led to the entry of a new fourth player in the form of France-based Iliad.

"I think the reason the Commission changed their mind is very obvious and it is [because of] political intervention," said Antonios Drossos, managing partner of consultancy Rewheel.

He directed TelecomTV to a Bloomberg article published in October in which German chancellor Angela Merkel criticised the EU's competition laws and spoke of a need for the continent to develop global players. To illustrate her point, Merkel compared China, which has three telcos serving 1.3 billion people, to the EU, which has dozens of operators serving around 500 million people.

In response to the allegation, a Commission spokesperson insisted to TelecomTV that its "[merger] decisions are always based on the facts and the law."

In the case of T-Mobile/Tele2, "our assessment is based on a detailed market investigation, extensive review of the parties' internal documents, data requests, customer survey, as well as quantitative modelling."

Rewheel voluntarily submitted to the Commission an independent study detailing the likely impact of the T-Mobile/Tele2 merger to help inform the Commission's own investigation.

The report concluded that without remedies, "the proposed merger is likely to lead to significant impediment of effective competition."

The merger was first announced in December 2017, and Rewheel pointed out that Tele2 raised prices in the months after the deal was struck.

"Without the upfront creation of a new fourth credible MNO it is very likely that prices will increase further and unlimited mobile data plans will be removed from the market leading to significant and irreparable consumer harm."

On the same page

While the Commission never solicited Rewheel's report, nevertheless, until Tuesday, it seemed to have similar concerns.

It opened an in-depth investigation into the merger in June, citing concerns that a reduction in the number of players could lead to higher prices, less choice for consumers, coordination between the remaining three operators, and less investment in network infrastructure.

On 13 September, T-Mobile parent Deutsche Telekom revealed it and Tele2 had received from the Commission a statement of objections to the deal that reiterated Vestager's concerns.

"We met them (the Commission) in early September in Brussels where we presented the findings of our study and we discussed our recommendations," recalled Drossos. "To us everything looked normal and it continued to look normal when the Commission issued the statement of objections."

Statements of objections are preliminary and do not prejudge the outcome of an in-depth investigation, he explained, "but I'm not aware of any merger that led the Commission to issue a statement of objections, but then approve that merger unconditionally. It makes absolutely no sense."

Normally in these situations the merging parties propose concessions to the Commission in order to win approval. The Commission pauses its review, seeks input from stakeholders, and considers whether the concessions address its concerns.

If they do, the deal usually receives conditional approval. If they don't, then further concessions are sought and if the Commission's concerns are still not addressed, the merger is usually blocked.

Deutsche Telekom did not propose a single concession.

"We have confirmation of that from the [Commission's merger] case team," Drossos said.

And yet the deal won unconditional approval.

The Commission insisted this is nothing out of the ordinary. Its spokesperson pointed out that the Commission has unconditionally approved 33 mergers since 2004, and in seven of those cases it had issued a statement of objections.

Deutsche Telekom and Tele2 unsurprisingly welcomed the green light – paying the usual lip service to competition and consumers – and the Netherlands Authority for Consumers and Markets (ACM) issued a statement supporting the Commission's decision.

TelecomTV has learnt though that despite there having been seven unconditional merger clearances preceded by a statement of objections, none of those mergers involved telecoms network operators.

Indeed, Vestager blocked the Telenor/Telia merger in Denmark and the Three/O2 UK merger when the proposed remedies didn't address her concerns. As mentioned previously, she approved the Wind/Tre tie-up only after they pledged to facilitate the entry of a new player.

One alternative theory that explains Vestager's sudden change of heart lies in her alleged political ambitions.

According to multiple reports by Politico, Vestager is keeping an open mind about the top job, and would allegedly be the favoured candidate of French president Emmanuel Macron.

With Merkel not due to step down as chancellor of Germany until 2021, she remains a powerful force in European politics, and anyone hopeful of becoming Commission president will likely need her support.

The unconditional approval of a merger involving the German telecoms incumbent – particularly after Merkel's public comments about Europe needing to create global players – was doubtless well received in Berlin.

Vestager's department is currently conducting an in-depth review of another merger, that of French and German railway giants Alstom and Siemens respectively. It will be interesting to see the Commission's ruling on this one; as it stands a decision is due at the end of January 2019.

In the meantime, Dutch mobile customers face the prospect of having to pay higher prices, unless of course the Commission's assessment is right and Rewheel's is wrong.

However, given what we've seen in other markets that have consolidated from four to three MNOs, namely Austria, Ireland and Germany, the smart money says Dutch consumers should start putting aside a few more euros per month.