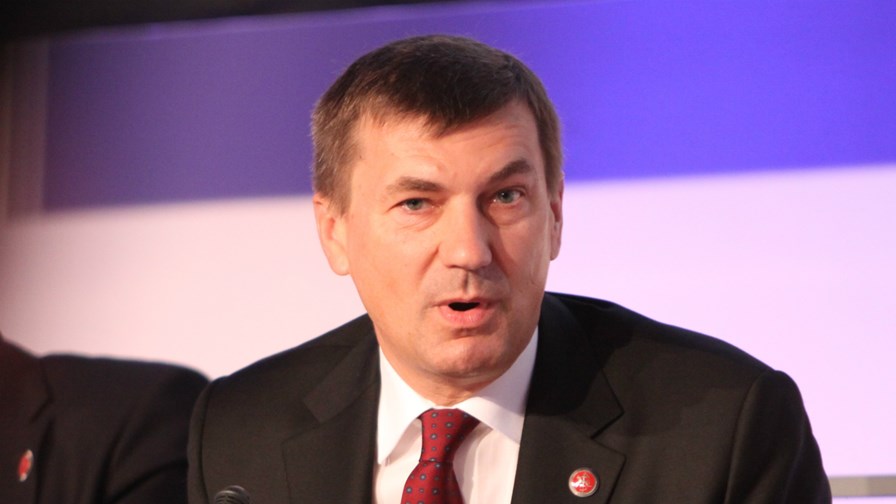 Today Vice President of the EC, Andrus Ansip, who is also the former Prime Minister of Estonia, addressed the GSMA Mobile 360 conference in Brussels to give us a flavour of the new European Commission policy for European telecoms.

According to Ansip ‘digital’ and telecoms will important recipients of a Juncker stimulus package, prodded along by concerted reform to create a single digital market in Europe.

“For me, everyone should have the right of access to quality online services. It's a basic requirement in the 21st century. But that isn't cheap or easy to achieve. It needs a good deal of investment,” says Ansip.

“First and foremost, it is up to those in the market to invest in the necessary infrastructure. However, the market cannot always provide all that is needed. That's where public authorities have a role to play. Firstly, by providing the right and adequate regulatory environment, which we plan to achieve through the Digital Single Market strategy. And secondly, by incentivising and leveraging more private investment. The EU does a good deal towards this, in terms of actual funding, programmes aiming at cost reductions, innovative instruments for smart investment.

“I'm sure you're aware of the investment plan announced recently by President Jean-Claude Juncker. It is a package of measures designed to unlock public and private investments in the real economy of more than €300 billion over the next three years... I have no doubt that digital will play a significant role – with communication networks as well as infrastructure.”

It all sounds sweetness and light, but there worrying signs that this commission has swallowed whole the ‘big telco’ story (no doubt because of incessant lobbying) on the need for network consolidation and on on the alleged parlous and disconnected state of European telecoms.

“When we look at Europe as a whole, however - not  just individual countries - we are still a long way from a truly connected digital single market,” says Ansip. “The next generation of tools is already there and coming online. Cloud computing, 5G networks, the internet of things, big data. Internet innovation is about speed and scale. If a company can't get that, it won't survive. But you can't really get that scale yet in Europe, because it is still divided by national borders when it comes to digital.”

The Vice President is conflating Internet connectivity with underlying network ownership -  the two are related but not in the way he implies.

When he speaks of “Cloud computing, 5G networks, the internet of things, big data” he speaks of inherently Internet applications or (in the case of whatever 5G is) supporting services. These all rely on an ‘open’ Internet and will continue to do so.  No ‘cloud computing’ play is going to be built on a single telco infrastructure, for instance; Internet of Things and Big Data are both totally reliant on end-to-end Internet connectivity to function.

And up there at layer 3  the Internet isn’t compromised by there being ‘too many players’ or a ‘fragmented’ network environment’ either. Far from it. You can make a powerful argument that the Internet has always functioned best and been most competitive when there are a diversity of competing underlying network players to make it hum, both in the core and, certainly, on the access network.

So what about Europe's underlying infrastructure. Are there too many networks? Do they need to be consolidated? Not if you’re thinking about the competitive health of the Internet running across the top, which the VP, through his examples of what he wants to see encouraged, seems to be doing.

Then there is the question of the single digital market  -  a laudable aim and one that would clearly bring advantages of scale to someone, but one where the barriers are surely cultural and political, not technical and infrastructure-related.

“You know the numbers,” said Ansip. “Only 14 per cent of small and medium-sized businesses use the internet to sell online. Only 12 per cent of European consumers shop across borders.”

The first number represents, if it represents anything, the failure of the existing telcom providers to meet needs or provide relevant service offerings, on average, across Europe. Why making these providers larger and less close to their customers is going to address this problem is hard to see. I should have thought focused local providers would be in a better position to coax small, probably uni-lingual businesses online.

Shopping across borders. Well there may be lots of bureaucratic barriers here and it will be laudable if they are chopped down, but again Ansip is conflating non-network factors with supposed existing network limitations. If there is very little cross-border retailing going on in Europe over the Internet, it’s not because of any connectivity problems. In fact some retailers expend a lot of energy trying to geo-isolate their customer segments simply because the open Internet (left alone) already creates the borderless nirvana (but not for them) that Ansip claims to be trying to grasp.

“Seamless communications and online access,” says Ansip. “Fast, reliable, secure connectivity – everywhere. We need it for Europe's competitiveness and to improve the provision of public services. This is why the Telecoms Single Market package is so important. It is designed to stimulate and attract the investment that Europe's telecoms sector needs.”

Ah! It’s the telco lobby. In the US the demand is for an end to net neutrality, here in Europe it’s a quest for the right to consolidate down to a comfortable few players so that fatter profits can be made. “Without that.” the line almost certainly goes, “we couldn’t possibly make out an investment case to our shareholders.”