“While the entire vMVPD segment is growing, AT&T’s DIRECTV NOW deserves special notice,” said Michael Goodman, Director, Television & Media Strategies, given how rapidly it has grown in a fairly short period of time. If it continues on its current growth trajectory it will overtake Sling TV as the largest vMVPD in early 2019.” 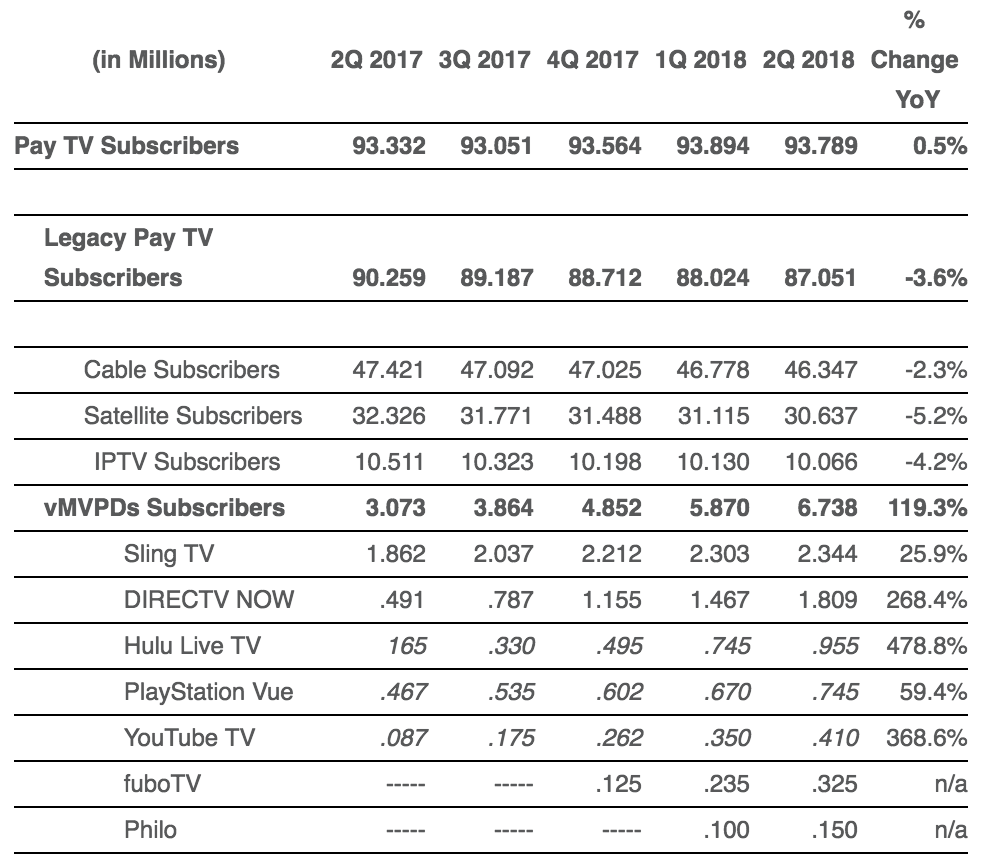