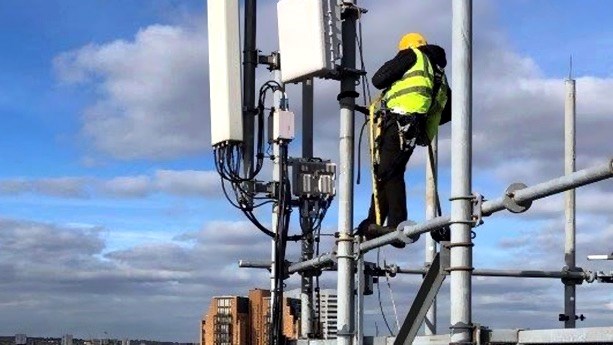 Open RAN action in the UK and important developments at the FCC float to the top of this news-infused cocktail of telecom industry intoxicants.

Mobile operator O2 UK has completed a successful pilot of Open radio access network (Open RAN) tech from British in-building connectivity specialist Vilicom. The pilot, which is set to become part of the company’s commercial network next year, is focused on delivering enhanced indoor connectivity for enterprise users. Vilicom’s technology was developed in partnership with Mavenir, which O2 UK had previously identified as an Open RAN development partner, along with DenseAir and WaveMobile. See this press release for further details.

Still with O2 UK… The operator’s CEO, Mark Evans, has put his name to a blog that looks ahead to 2021, highlighting the potential role of 5G in vertical sectors such as manufacturing, the importance of application R&D acceleration, and the growing importance of becoming a carbon neutral business. You can read the full blog here.

The FCC has a new Commissioner, Nathan Simington, who has been added to the roster at much haste so that the FCC is left with a 2-2 deadlock when current Chairman Ajit Pai steps down on 20 January next year as planned. The expectation then is that incoming US President Joe Biden might struggle to get a new appointee approved any time soon by the Senate, leaving the US comms regulatory sector in a state of limbo. Not only was the move controversial, but the person too: This Verge article is testament to the ill feelings felt by some at his appointment.

And still with the FCC… The US regulator has begun its latest 5G spectrum auction, making available 280 megahertz of prime mid-band spectrum in the 3.7-3.98 GHz band, which is a slice of the highly-prized C-band. The FCC says this is its largest mid-band 5G spectrum auction to date.

Nokia’s President of Global Services and Operations, Sanjay Goel, is the latest senior figure to clear his desk as part of the sweeping restructuring imposed by CEO Pekka Lundmark, reports Reuters. Goel held a number of senior positions at Nokia since his arrival in 2001 and has led the Global Services division since 2018. He joins a growing list of senior executives who are departing the vendor, including the joint heads of the IP/Optical unit Basil Alwan and Sri Reddy, corporate CTO and President of Bell Labs Marcus Weldon and CMO Barry French.

Much virtual ink has been spilt on the changes wrought by Covid-19, but one of the biggest sector communications and general agility shake-ups lies in store for the global freight and logistics industry as it tries to get its arms and its comunications technologies around the huge effort required to organise, update, store and distribute the various vaccines now in preparation. Vaccines require cold storage (at different temperatures) and the scale of the individual deliveries and timings is vast. ABI Research calculates that the freight industry will be transporting an average of 271 million ultracold and cold doses per month (9 million doses per day). There will be at least 857 temperature-controlled trucks leaving Pfizer and Moderna manufacturing facilities or distribution centres each month... and the delivery schedule will only get more complicated where countries implement complex scheduling with most recipients getting jabbed first, and then jabbed again. ABI warns that, after this effort, there will be no going back to the “before times.”  Read more...

Ever been on a railway station and been baffled by the complexities the layout, train timetables, ever-changing departure and arrival platform information or the arcane intricacies of negotiating the purchase of a ticket from either or machine or an (often) over-worked, disinterested and obstructive human "agent" behind bullet proof glass? Those worries are now over, for travellers in Taiwan at least. Railway and bus stations there are launching a 3D "immersive" augmented reality (AR) navigation system that will display schedules, announce delays, permit remote electronic payments, provide travel guides and tips and even lead passengers to the carriage nearest to a booked seat (or to within a metre of it anyway). The brainchild of Taiwan's Industrial Development Bureau's "Smart City Taiwan 360" initiative, the technology combines the Multi-Access Edge Computing (MEC) servers and beacons to provide precise positioning and navigation services. The system can be viewed inside the station precincts via augmented reality. You may be able to experience it at www.smartcitytw360.com. I tried, (twice) but both times got a message reading "fatal error". Perhaps it’s a work in process?​

BSS vendor Optiva has appointed a new CEO in the form of industry veteran John Giere, who some of you other veterans will remember as the former CMO of Lucent/Alcatel-Lucent and then head of Openwave. He joins from Enea, which acquired Openwave Mobility in 2018. The previous CEO, Danielle Royston, left in June as the company battled to engineer and gain investor support for an ongoing and aggressive cloud-oriented turnaround strategy.