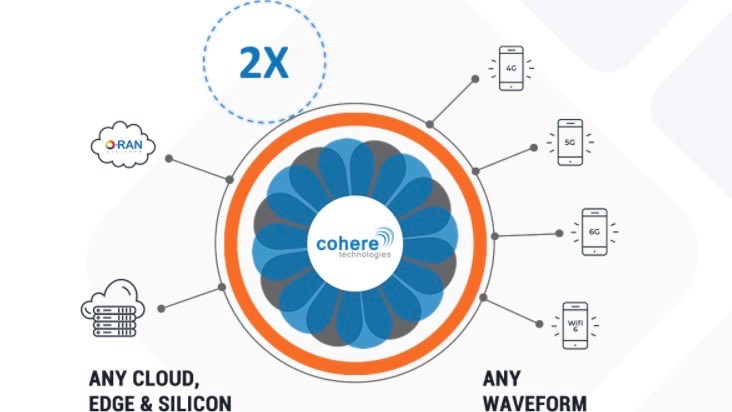 Cohere Technologies has just done the Open RAN sector a massive favour. The vendor, which pivoted a few years ago from fixed wireless access hardware to spectrum-enhancing software once current CEO Ray Dolan came on board, has just raised $46 million from a host of significant investor names for its capacity-boosting Universal Spectrum Multiplier (USM), which the vendor is primarily pitching as an xApp to run on third party Near-Real Time RAN Intelligent Controller (RIC) platforms.

That’s a big deal for Open RAN vendors and developers, because it shows that investors are ready to back companies in this sector with more than just drips of seed funding: The end result is that should encourage further companies to join the fray, make other investors feel more confident about backing startups in a sector that still divides opinion in the communications networking sector, and provide encouragement to the network operators that want to see the Open RAN sector thrive and provide a new era of competition and innovation in mobile networking technology.

The new round, Cohere’s first in seven years, was led by Koch Strategic Platforms (part of Koch Industries) but also includes funds from VMware, Telstra Ventures, Juniper Networks, Intel Capital, New Enterprise Associates (NEA) and Lightspeed Venture Partners. Juniper is already a RIC vendor, while VMware is in the late stages of developing its RAN Intelligent Controller platform and has been engaged in multiple tests and trials with Cohere, including at Deutsche Telekom and Vodafone.

See more about the funding round, which will be used to “finalize the commercialization of its Universal Spectrum Multiplier (USM) Open RAN Software for any generation mobile network and scale international operations in support of customer trials,” as well as bag some top quality paella and Rioja in Barcelona, in this announcement.

The company also boasted that enhancements to its USM software are enabling mobile operators to boost capacity in their 4G and 5G cells by up to 100% (aka 2x). Read more about that in this announcement.

Cohere knows what it’s doing. It has an experienced team, enticing technology for operators (which have been putting it through its paces) and an existing seat on the Open RAN bus, which is picking up speed. A $46 million round is unlikely to be the end of the Cohere story.