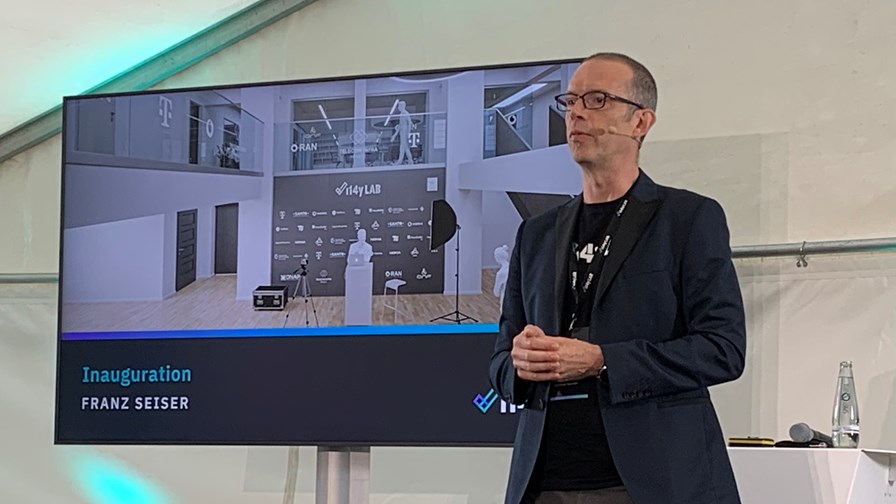 Seiser officially launched the lab by noting how it can play an important role in bringing multiple parties together to collaborate and share the load on major industry initiatives. While the lab is hosted at Deutsche Telekom’s Innovation Campus Winterfeldtstraße, Vodafone Deutschland and Telefónica Deutschland are operator partners and contributors (along with multiple testing firms) to the lab, which is funded by a €17m grant from the German Federal Ministry for Transport and Digital Infrastructure (BMVI).

And that collaboration is key, notes Seiser. “We knew Open RAN would introduce complexity and this is why we need a big common effort” to overcome the major challenges, settle on some agreed approaches and specifications, and leave only a small amount of work for each operator to do when they come to integrating Open RAN systems into their networks (because no two networks are the same, as we know).

There’s still a long way to go on that, of course: While some major operators, including Deutsche Telekom and its fellow European signatories to the Open RAN MoU, are on board and ploughing resources into Open RAN developments, many are not, either because they are not convinced of the benefits or they’re waiting to see how things develop under the guidance of the Tier 1 players.

But this is why facilities such as i14y exist – to foster that much needed collaboration and get more companies involved and interested. Multiple speakers here at the summit have stressed the point that the lab is not only for the current partners but is open to any company that wants to get involved.

So what is the lab actually doing? Well, while in stealth mode, as Gladisch calls it, the lab hosted the Berlin leg of the joint European O-RAN and Telecom Infra Project (TIP) plugfest late last year, with 18 participating companies supporting 12 test scenarios, and is hoping to host another in the coming months (it is applying to once again be a partner).

More importantly, it is aiming to develop Lab-as-a-Service operations so it can provide ongoing, continuous, more automated testing to the Open RAN community rather than going through the current process of setting up and tearing down a test platform just for a specific test programme.

That continuous, automated test platform is being developed by one of the i14y Lab partners, experienced Berlin-based test lab EANTC. Carsten Rossenhövel, managing director at EANTC, noted that such an automated, ongoing test setup would greatly accelerate testing processes, reduce the amount of time and effort needed for each test, enable the sharing of test tool resources across multiple test settings, support remote and distributed testing, and better ensure that test results and scenarios could be reproduced.

Rossenhövel says some of those automated test processes will be used for the upcoming plugfest, if i14y is chosen to host it.

While this might seem like a minor development, it could be crucial in getting additional companies involved in the testing and development of Open RAN software, which is exactly what Deutsche Telekom and others are trying to encourage.

In addition to the development of that automated setup, the lab is also involved in the ongoing process of supporting the various certification processes that are being developed by organisations such as TIP: Getting technologies tested and certified will make it easier for operators to select Open RAN products that they know will work as expected and support the open interfaces that are critical to disaggregated, multi-vendor deployments.

These are still small steps, though: Even with Lab-as-a-Service operations and certification, the integration hurdle is still an enormous one to overcome and that’s something that all the companies represented at this summit are not slow to admit.