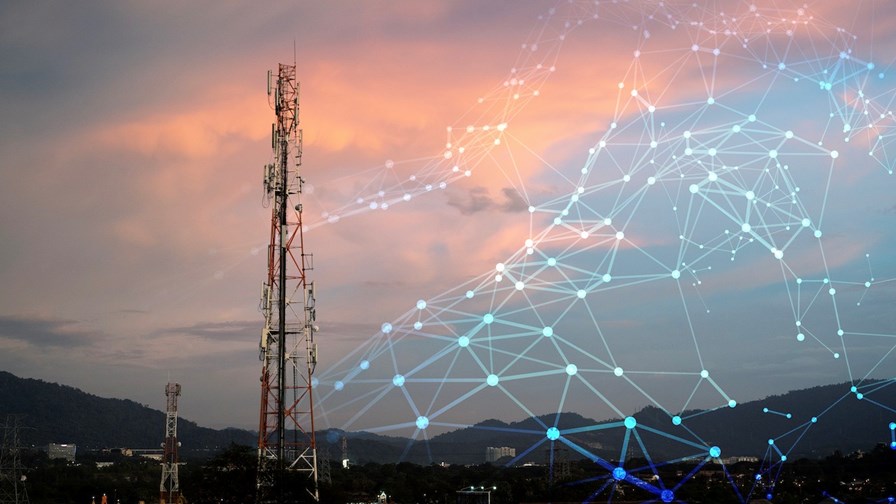 For many reasons, 2023 looks set to be a defining year for the network operators and technology developers that believe disaggregated, multivendor Open RAN architectures will play a major role in telecom network rollouts in the coming decade. Here’s why.

Major network operators – such as Deutsche Telekom, Orange, Vodafone, Telefónica and Telecom Italia (TIM), which jointly signed a memorandum of understanding in early 2021 and then followed up with their joint Open RAN technology wish list – have been inching forward with Open RAN trials and minor deployments this year, but nothing that would light a fire under the Open RAN sector, which has largely (so far) been feeding off the greenfield deployments in Japan, the US and now Germany, where Rakuten Symphony is building out a new 5G network for 1&1.

But the world’s operators want to see major brownfield deployments, ones they can relate to in terms of how they might benefit from introducing what is, after all, a non-complex approach to their mobile network operations. Rakuten Symphony CEO, Tareq Amin, has been saying for months now that major brownfield announcements are imminent but, as yet, nothing has emerged.

Maybe it was always going to be 2023 before any such plans and investments would be announced. Back in October 2020, when the Open RAN buzz was really kicking off, financial analysts were wondering what impact it might have on the incumbent radio access network (RAN) equipment vendors, and it seemed clear that the company with the most to lose from mass market investments in Open RAN would be Ericsson, the RAN market leader outside of China and with a business that (currently) depends very heavily on traditional RAN equipment sales and support. If anyone was going to take a cold, hard look at the impact of Open RAN on the market, it was Ericsson.

So when the Swedish vendor’s CEO, Börje Ekholm, noted in late 2020, in response to analyst questions about when Open RAN might start to impact his company’s top line, he said that “this is something that is clearly going to happen… I don't really see Open RAN to have a major impact in 2021-22 timeframe, but after that I think it will start to impact revenues for us – it will start to impact the way business models evolve going forward” – see Ericsson CEO sees Open RAN impact from 2023.

Looking at the industry trends, if 2023 passes and there hasn’t been any major movement in Open RAN spending and commitment plans by network operators, momentum will be lost and that broader ecosystem of suppliers that some, such as the governments of the UK, US, Canada and Australia, hope for might not materialise in any meaningful way.

But, as is often the case with such trends and developments, it’s likely that, one way or another, Open RAN-enabled technology will find its way into mobile communications networks (perhaps more in the private/campus network sector than the telco wide area network) and shuffle the hybrid networking technology pack.

One part of the Open RAN research and development (R&D) sector that looks likely to have an impact no matter what happens in the physical RAN portion of networks is  the RAN intelligent controller (RIC). This is seen as having real network operations potential, even by those telcos (such as BT) that don’t believe the baseband and antenna portions of the network will necessarily see that much change.

The RIC is, in essence, the operating system (the brain) of an Open RAN architecture, on top of which all manner of applications, known as xApps and rApps, can be run to provide additional functionality (such as beamforming) and vital management capabilities. For more on xApps and rApps and the two types of RAN intelligent controller, see RIC at the heart of the Open RAN action.

And for many, including major operators such as Vodafone, it’s regarded as the next evolution of self-organising network (SON) platforms that enable automated troubleshooting and network optimisation. Multiple companies have had RIC platforms in development for a while now and 2023 looks like the year this part of the market will burst into life.

That’s also the view of the team at industry research house SNS Telecom & IT, which has been tracking the SON market since 2015. Its recent industry forecast report, SON (Self-Organizing Networks) in the 5G & Open RAN Era: 2022 – 2030 – Opportunities, Challenges, Strategies & Forecasts, noted that the “surging popularity of innovative Open RAN and vRAN (virtualized RAN) architectures has reignited the traditionally niche and proprietary product-driven SON market with a host of open standards-compliant RIC (RAN Intelligent Controller), xApp and rApp offerings, which are capable of supporting both near real-time D-SON [distributed SON] and non real-time C-SON [centralised SON] capabilities for RAN automation and optimisation needs.”

It calls out RIC and xApp/rApp developments in North America by AT&T (trials of interference management, traffic steering and energy savings-related xApps across a 200-cell site cluster in New Jersey) and Dish Wireless (with VMware). In Europe, it notes efforts by Vodafone (working with a host of tech partners including VMware, Cohere, Capgemini, Juniper Networks and Parallel Wireless), Deutsche Telekom (with VMware, Intel and the Open Networking Foundation), Telefónica (with Nokia and NEC) and BT, which kicked off its RIC trials with Nokia in Hull earlier this year and is now expanding that to Leeds. And in Asia it highlights Rakuten Mobile’s integration of Juniper’s RIC platform, NTT Docomo’s work with NEC (and its subsidiary Netcracker), KDDI’s collaboration with Samsung, and China Mobile’s work with multiple partners.

The SNS Telecom & IT team “estimates that global spending on RIC platforms, xApps and rApps will reach $120m in 2023 as initial implementations move from field trials to production-grade deployments” and then grow significantly in the following years to be worth $600m per year by the end of 2025. 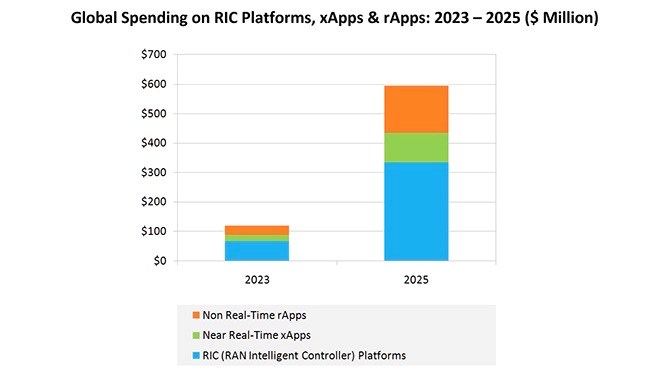 How much of this activity will result in ecosystem-fuelling deployments that could spur the xApp and rApp developer community into bolder action? And to what extent might RIC uptake be affected by broader brownfield Open RAN deployments? Keep an eye on TelecomTV’s Open RAN channel in 2023 to find out.