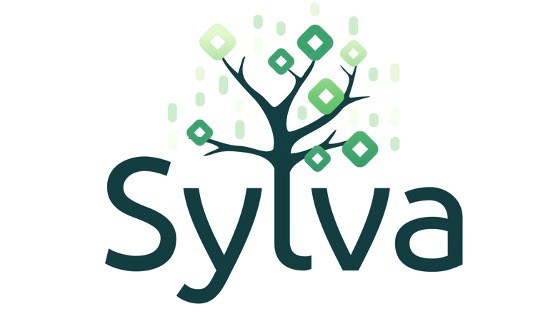 Five of Europe’s largest telcos – Deutsche Telekom, Orange, Telecom Italia (TIM), Telefónica and Vodafone – are collaborating with Ericsson and Nokia on the development of a telco cloud stack that, the companies hope, will provide a common cloud software framework that conforms with Europe’s privacy, security and energy-efficiency requirements and reduces the current fragmentation that is hampering telco developments. The work is being conducted under the auspices of open-source body the Linux Foundation Europe and has been dubbed Project Sylva.

The catalyst for the move is the current fragmentation in telco cloud software – there isn’t a unified way to develop the cloud platform that will be vital to underpin next-generation telecom services and functionality, and that means operators are duplicating effort and heading in different directions in an attempt to achieve the same outcome. The aim of Project Sylva is to develop a generic framework and reference implementation that will save operators time and resources as they shift towards more cloud-oriented operations, while meeting the specific requirements of telcos operating in Europe.

“The telco cloud ecosystem today is fragmented and slowing down our operational model transformation,” stated Laurent Leboucher, group CTO and senior VP at Orange Innovation Networks. Despite a transition to cloud-native technologies, a real interoperability between workloads and platforms remains a challenge. Indeed, operators have to deal with a lot of vertical solutions that are different for each vendor, leading to operational complexity, lack of scalability, and high costs… Orange strongly supports this initiative,” he added.

Those vendor-specific solutions that hamper interoperability are taking a long time to weed out, clearly… so it’s interesting that Ericsson and Nokia, two of the companies that are often cited as exacerbating the “vendor lock-in” issues the industry faces, are part of this project.

Other operator executives made similar points. The lack of a harmonised and performing cloud environment, now fragmented and heterogeneous and not built-for-purpose, is slowing down the network evolution process towards the cloud,” noted Juan Carlos García, senior VP of technology innovation and ecosystems at Telefónica. “Sylva aims at providing a solution for this, offering a common place to validate cloud-native functions and applications, and is hosted in the right place, the Linux Foundation, the home of open-source breakthrough cloud technologies,” he added.

And Yago Tenorio, fellow and director of network architecture at Vodafone, added: “Sylva has the potential to accelerate the cloudification of telecommunications platforms and network functions to boost security, reduce energy consumption and deliver cross-border applications, such as connected car safety systems, to more end users. It is the framework on which we can solve complex technical problems in a collaborative and open way by re-using and building on the excellent work delivered in existing open-source projects, such as Kubernetes, Anuket, and the CNF Certification Program.”

Much of what will be developed, though, will have a broader geographic application. As the Linux Foundation Europe points out, “despite the specific European needs, the Sylva project has broader ambitions, and should be seen as a global player within the telco cloud ecosystem, as it’s open to collaborators outside the European Union as well.”

The specific goals of Project Sylva include:

According to the project’s GitLab page, its “main objective is to release a cloud-native infrastructure stack to host telco (5G, OpenRAN, CDN, etc) and edge use cases. The main technical challenges that Sylva is targeting are network performance, distributed cloud (multicluster Kubernetes, bare metal automation), energy efficiency, security (hardening and compliance) and openness (capitalise and contribute to Anuket, Nephio, O-RAN, etc). Sylva provides an environment to collaborate and develop solutions to tackle down specific technology challenges and facilitate cloud-native adaption for telco and edge use cases.”

“We are pleased to collaborate closely with leading European telcos and vendors eager to more fully harness the power of open source to accelerate cloudification of the network within EU privacy and security guidelines,” noted Arpit Joshipura, general manager for networking, edge and IoT at the Linux Foundation. “A unified approach to hosting 5G deployment applications from the core to the RAN is critical for fostering innovation for broad digital transformation, augmenting work in LF Networking and LF Edge communities,” added Joshipura.

It won’t go unnoticed that the five operators involved in the formation of this project are the same ones trying to drive the development and adoption of Open RAN in Europe via the memorandum of understanding (MoU) group they formed in early 2021 – see TIM joins Euro telco Open RAN party and Open RAN MoU operators publish their tech wish list.

That’s not a surprise because an initiative such as Project Sylva should help to lay the foundations for, and accelerate, the deployment of open interface-based multi-vendor systems that run on distributed cloud platforms. In addition, these are the largest operators in Europe and they have the resources to support such efforts.

But these things take time which, of course, is of the essence. The joint Open RAN initiative has moved at a swifter pace than most telecom industry efforts, but its tangible impact has so far been quite limited and it hasn’t resulted in the formation of multiple newly funded Open RAN-focused startups. It has, though, resulted in the development of an Open RAN-compliant baseband system by Vodafone, Nokia and Marvell, which features in-line Layer 1 acceleration that, according to Tenorio, conforms to the requirements laid out by all of the Open RAN MoU signatories – see Vodafone and Nokia partner to advance Open RAN ecosystem in Europe.

With that in mind, the broader operator community might have to wait a while for Project Sylva to have any kind of impact on how they approach their telco cloud deployments, but given the determination of the operators involved and the Linux Foundation’s track record of delivering outcomes from its projects, it’s likely we’ll see something in play by the time 2024 swings into view.