As Davos goes virtual, the global elite - chopperless for once - gets it 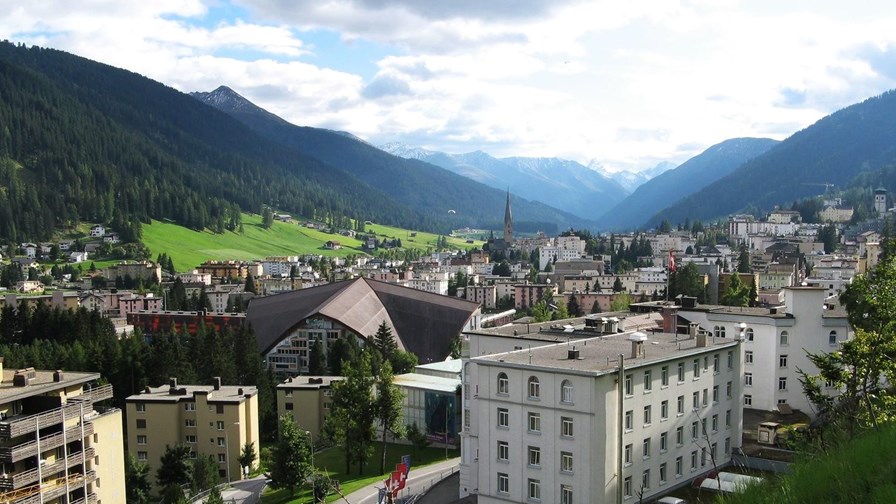 The pandemic and its associated lockdowns have forced a general ‘why are we here?’ train of thought amongst many in the affluent world. We saw this start to develop online or in newspaper or magazine columns right from the first month or so of lockdown last year and it’s continued with greater intensity ever since. People appeared to be making discoveries about themselves and the lifestyle that they had ended up inhabiting and finding it wanting.

Then they discovered that, actually, there were things that they didn’t miss through lockdown (like commuting) and things that they were compelled to do that they found they really quite enjoyed. (Like baking bread).

Trivial maybe, but home-made bread, at least in the UK, appeared to be acting as comfort food and comfort displacement activity to millions as they swept the supermarkets clearing the shelves of ‘strong’ bread flour and dried yeast and returning to their ‘work from home’ desks and devices to continue snacking, Zooming and working.

A year on and that query: ‘Why are we all here and what are the real issues in the world that we should be addressing’ has clearly spread ‘upwards’ to the highest reaches of the managerial class and even up to the much-maligned elites.

There is a certain amount of levelling resulting from a pandemic that gives even the former ‘chopper class’ of Davos attendees a new perspective. This year the annual meeting of global decision-makers for politics, business and society has spared (or maybe that should be be spa’d) the Swiss ski resort the familiar chopper sounds because the forum has gone virtual just as all we lesser bengs’ meetings and conferences have. And this year the output from virtual Devos is very much influenced by that experience.

Now they get it!

Key output from virtual Davos is a new push for global, universal broadband - one of the key issues surfaced by the pandemic.

The World Economic Forum has appointed corporate leaders across what’s called ‘critical’ industries to launch Edison Alliance with the goal of advancing the idea of universally accessible broadband, but also promoting action at the front-end to dig in the fibre and erect the radio towers that can make it all happen

Much thought has gone into making the board globally representative from every angle - so while the chair comes from US telecoms behemoth Verizon it’s in the form of a Swede, Hans Vestberg, its CEO; Google’s representative is its CFO Ruth Porat; Mastercard is represented by Ajay Banga, and so it goes on.

"This pandemic has made remote learning, telemedicine, financial inclusion, and mobility leap forward by five to seven years," says Hans Vestberg. "Universal internet is good for society if you do it right. It means it doesn't matter where you are born—you can get the same services and opportunities as anybody else."

Promoting a universal Internet effectively is going to take energy and Edison Alliance appears to have been structured not to fall into the old trap of just providing corporate window dressing. - all hats and no cattle, as they say in Texas.

The group is structured around a formal governance calendar of board meetings and milestones across the year, so there’s no escape.

“Top deputies from each company will meet regularly to push goals, tackle problems, and maintain momentum,” reports Forbes. “Each company is expected to provide cash and resources to expand broadband for health, financial inclusion, and education.”

Whether they will meet these expectations must remain an open question - US telcos in particular have rather a track record of not delivering on solid promises on broadband, stretching back several decades.

Maybe this time it will be different.