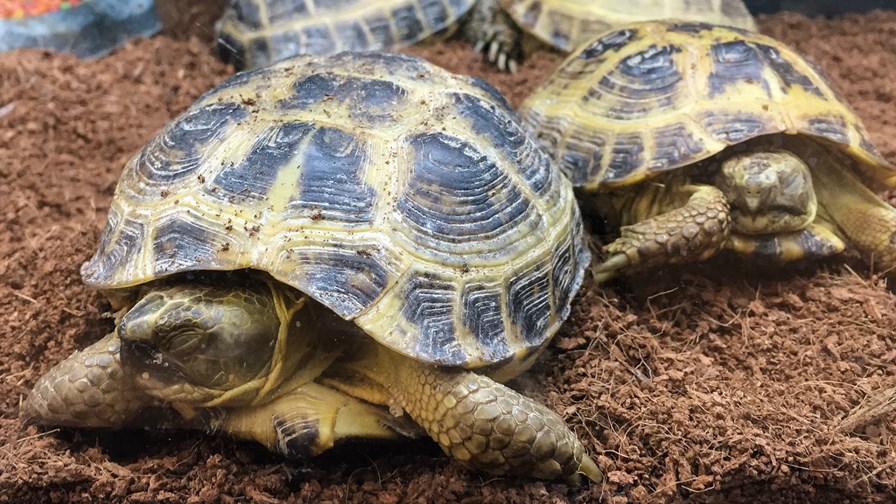 Much has been said and written about how SDN and NFV will permit telcos to wrest back control of their networks by ending the long period of "lock-in" to vendors of proprietary hardware and software that, many operators claim, has for many years affected their efforts and abilities to be more innovative and flexible.

Since its inception just over three years ago, NFV has become increasingly important and from the very start was regarded by the industry and spoken of by the operators themselves as a carrier-driven initiative. They pushed for, and later demanded that, if traditional vendors want to continue to sell to their old customers, the manufacturers must change, must collaborate on solutions and must cease to regard individual carriers as their ancient fiefdoms over which by right and custom they held inalienable technical sway.

It’s fair to say that, in their turn. many vendors were extremely suspicious of the effects that the global move to virtualisation would have on their fortunes and relevance and were very much against impending changes, even as they paid lip service to their virtues. However, as the virtualisation juggernaut gained speed and momentum, manufacturers of telecoms and networking equipment and software had little choice but to change with changing times - it was either that or get out of the game.

As is the usual way of things, the emergence of SDN and NFV soon spawned a plethora of industry bodies, interest groups and standards organisations who contorted themselves into some unlikely shapes as they went on tiptoe around the carriers while bending over backwards to demonstrate their bona fides and to show that they had learned their lesson and, as far as virtualisation is concerned anyway, would relinquish their prescriptive role in the vendor/operator relationship and ecosystem.

Telcos and operators are doing it for themselves

Which leads us to the mighty AT&T, a telco on a global scale, with further global ambitions, and also with a determination to partner and collaborate with other carriers around the world in an effort to ensure that it will be the network operators rather than vendors that will drive standardisation in virtual networks.

For example, AT&T has recently formed a partnership with Orange and the two will now collaborate on new SDN and NFV open source activities. Roman Pacewicz, the senior vice president of "Offer Management and Service Integration"  at AT&T Business Solutions says the partnership with Orange is designed specifically to influence the process of the standardising virtualisation. He commented, "We think the two companies and other carriers can accelerate the standards work…. We don't think we're moving fast enough as an industry and we want to put more adrenaline in it."

Together AT&T and Orange want to simplify and speed technology integration, to enhance operational efficiency and to lower costs. And for AT&T that's just the start as other SDN and NFV standardisation partnerships are already in the pipeline.

Roman Pacewicz added,"We want to use open source standards and to use industry fora to ensure that the SDN and NFV software and supporting hardware ecosystems create an environment that is standards-based and so much more easy for all carriers to adopt and integrate into their networks."

Longer term, AT&T claims, all of this will be to the benefit of business customers worldwide because industry partnerships and collaboration should result in entire app stores of virtualised functions that could be quick and easy to deploy and thus drive what is being called a "federation of networks".

Mr. Pacewicz again: "As carriers we use each other's networks, we want to drive standard-based federation of capacity to create hybrid services. It's all around increasing the adoption of these new technologies with the objective of making networks more intelligent, more dynamic and creating greater value at a lower cost to our customers."

Scything through the thorny thickets of initiatives and standards

At the head of this "League of Telecom-men", AT&T has already designed a platform that will enable the rapid introduction of new services, be they AT&T's own or those created by third party collaborators and partners. It rejoices under snappy moniker of ECOMP, which is short for Enhanced Control, Orchestration, Management and Policy.

Chris Rice, the vice president of Advanced Technologies and Architecture at AT&T Labs says ECOMP will enable the telco “rapidly to on-board new services that our customers want" and "provide a framework for real-time, policy-driven software automation of network management functions.”

With network virtualisation there is no shortage of platforms, open source initiatives and partial and semi-solutions from various vendors and vendor partnerships but, rather then get caught up in a tangled briar-patch of different approaches AT&T has decided to cut through them by designing its own platform.

The operator says it has had to do so because it needs to on-board virtual network functions quickly, coherently and at scale. Most of all AT&T wants orchestration, management, control and policy built-in rather than as an add-on and, it says, in those regards open source can only go so far. Hence ECOMP which has been created to permit AT&T to focus on the integration of software and hardware across its network.

So, if operators are doing it for themselves, where does that leave the many open source network virtualisation initiatives? Well, although some industry players now saying that there are too many standards bodies and industry fora and consolidation is needed, open source remains utterly central to the future of SDN and NFV and AT&T itself admits that it would not want to lose input from the the open source community as it develops its networks.

Thus , the telco has made a public commitment that, in due course, it will hand-over ECOMP to the Linux Foundation for use by the open source community. This must be prima facie evidence that AT&T regards ECOMP as a framework system that could be adapted and adopted by other network operators. And that's good. The last thing the global comms industry needs now is to be faced by another set of de facto proprietary standards, emanating this time not from the manufacturers and vendors but from the operators themselves. That way madness lies.