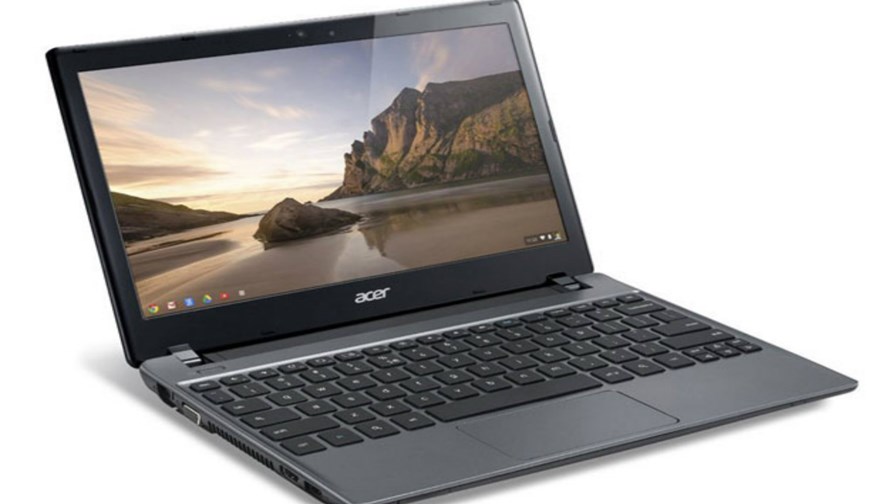 Time for an update on my Chrome OS adventures. It’s exactly a year since I took the Google shilling and invested in a brand new HP Chromebook 11. I expected the migration to have its ups and downs - after all I was a long-time Apple Mac user, Fan and boi, having reviewed the Mac when it first came out and then having quickly progressed to dedicated Mac buyer and user - but it didn’t. Smooth’s the word.

Truth be told I bought Macs mostly for professional reasons since it has always been the ONLY choice for journlists, layout, production people and graphic artists. So the Macs kept coming right through the bad old days of the early 1990s when it looked like Apple was destined to go out of business, through the Jobs restoration period in the 90s and up to today (well, about a year ago).

As previously reported the transition to the little Chromebook went well. Being all online, of course, all work (nearly) at TelecomTV is done through a browser, so the Chromebook has been a perfect companion. Light-weight, robust, long battery life (nearly all day away from its usual socket) it’s perfect for those of us who don’t delight in re-installing operating systems, defragging hard drives, and waiting minutes for the thing to fire up in the mornings. It’s just there.

A new generation of Chromebooks and Chromeboxes (the desktop version) is now coming onto the market supporting Intel’s multi-core chips and, for one or two models at least, larger main memories. Up to now it’s been 1.4GHz and 2 Gig memory. Now 2.5GHz multi-core processors and the ocassional 4 Gig memory should give the Chromebooks a welcome  boost in performance, and it is needed. I will soon be reinvesting.

What happens is that a long-term Chrome OS user tends to increase his or her consumption of apps and tabs. It’s behaviour change.  It’s so easy to think: “Another Web App? OK, I’ll open another  tab.”  I tend to get to the end of the day with 25 tabs open along the top and awful delays in shuffling through them all, so I now have to stop every now and then and decimate the tabs, or…   I’ll buy a new Chromebook: a much better solution.

I won’t be alone. I’m happy to report that all the naysayers apear to have been very wrong about Chrome OS.  Yes, there was a slow start but now there appears to be a real adoption curve on the climb.

ABI Research, for instance, last week published its estimates of Chrome OS system sales and announced they had increased by 67 per cent in the third quarter (compared to  the previous quarter) and the firm expects shipments to be double last year’s.

Google has been keeping the detailed numbers close to its chest, but has felt able to claim that Chromebooks now occupy the top slot in education in the US.

ABI says Acer is currently the top vendor followed closely by Samsung and HP, Together these three companies accounted for 74 per cent of the platform’s shipments during the first half of 2014.